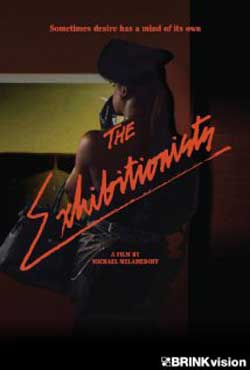 Filmmaker Walter Todd has an eye for controversy and an appetite for carnage. On New Year’s Eve he invites his closest friends over for a get together and videotapes their dysfunctional expose. Will Todd finally get his money shot or will he simply be labelled just another Exhibitionist?

Sometimes desire has a mind of its own.

The Exhibitionists isn’t ordinarily something that would file neatly into the category of horror, suspense or even thriller. Yet make no mistake about it, the psychological parallels are one and the same. If you’re in search of pulse hammering terror or even blood and gore you’ve definitely made a wrong turn somewhere en route to The Exhibitionists.

The director truly pushes the envelope of extreme and depravity. Themes of incestuous relations, infidelity, bondage and slavery, cross dressing and sexual mutilation are predominant. It may be difficult for many viewers to sit through and no question is not for everyone.

Use of cinematography instantly depicts a sense of foreboding unease. Delicate balance of shadow and light is effective in gyrating and grating a sense of dread unto the audience. Gritty and primal, the psychological layers are gradually peeled back to exploit a very unmistakable illustration of the human psyche.

The characters are obscure, eccentric if not socially awkward. Audiences may relate to some latent issues through exhuming their own repressed, deviant social inadequacies. The Exhibitionists takes a bold look into the average person’s twisted, dark little secrets, tweaks it up a notch and refuses to relent until the final credits. 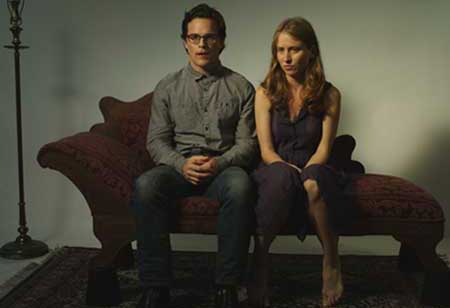 Some of the subtext of infidelity, alcohol and drug consumption to the point of excess are well illustrated as we sit in angst waiting what may unfold next.

While the interpersonal relationships between the characters seem trivial, superficial and trite on the surface we delve deeper into their deviance until each character is exposed in all their warped glory. This film is evidence that the true horror need not lurk in the shadows of the paranormal, Satanic or sociopaths but in our own dirty little secrets.

While The Exhibitionists may not be for everyone, clearly it hits home for many. The international movie data base scores Melamedoff’s endeavor with a resounding 8.6 rating. Perhaps this may be indicative of a picture worth exploring for many.

-Two and a half out of five tombstones. 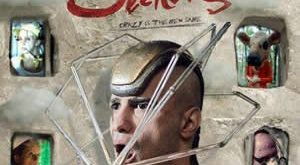