The Black Saint can be such a klutz sometimes! The tape recorder that I used to record my interview with the fabulous Soska twins, Jen and Sylvia, had mysteriously vanished before I could completely document our entire discussion. I held out as long as I could but I had to eventually submit the interview incomplete but today the little vanishing micro recorder suddenly turned up in the oddest of places (I’m not saying where though…). I think it’s important to get the few questions originally omitted from the interview posted for the record as I thought the answers I got were pretty fascinating. Admittedly it ain’t much…but far be it from me to deny fans of the Twisted Twins another quick peek into what makes them tick. Enjoy! 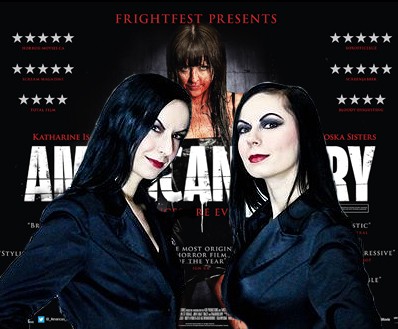 Horrornews.net: I was wondering, and forgive me if this is a silly sounding question, but do either one of you hate men in general? I ask because nearly all of the men in “AMERICAN MARY” are portrayed as filthy pigs. Even Billy (Antonio Cupo) eventually ends up as just another guy who essentially uses women despite the fact that there seemed to be a budding romance between himself and Mary. Mary ends up using men just like they’ve been using her…

Sylvia Soska: Well Mary is selfishly driven for sure, she’s a sweet girl but she wants something. It almost feels like a lot of the interactions are actually transactions in the film. 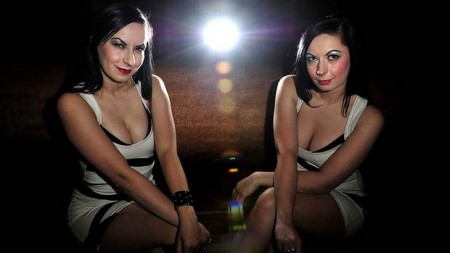 Jen Soska: We did want to bring attention to people that are in positions of power. These are people that nobody wants to work with anymore that are just misogynistic bastards, they treat people like party favors. And there are women that will become somebody’s girlfriend or give someone a blowjob to get ahead. These women make the lives of every other woman much more difficult. If the fact that we obviously don’t care and we’re very quick to state our opinion makes us people that these people don’t want to work with, then fine, we won’t work with them. We don’t mention names but we are extremely capable of doing so, especially the names of both a female and a male director who were going around asking if they should work with us. I hope that because we’re so vocal it prevents both of them from working with other people or even taking meetings with them. 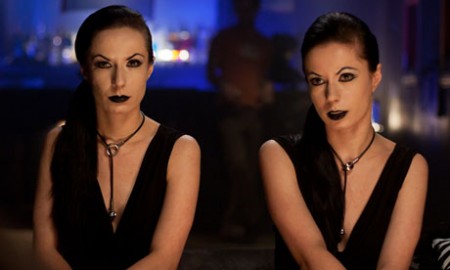 HNN: Getting back to hating men for a second: I thought it was very telling that the biggest, scariest man in the film, Lance Delgreggo (Twan Holliday) was the one character that Mary discovered to be the most approachable. There’s one great scene where Lance essentially helps Mary to understand her place in the world when he tells her “Don’t you ever devalue what you do”. Mary became a stronger person after that scene and the fact that she became stronger due to something that someone who looks like Lance tells her was very touching in a sense. He gives Mary the validation I felt she was looking for throughout the film. It’s a beautifully written scene and it lent the film a sense of humanity as well. I felt that one scene made Mary feel as if her life had some value…was I wrong?

JS: I’m so happy that you said that because you completely get that scene! We called that scene “The heart of the film” and if people don’t get that scene then they’re not gonna get the film at all. One thing that people like Lance or Mary or even people who are into body modification have in common is that people are judging them by the way they look and people are going to make assumptions based on their appearance. People look at Mary and think “She’s a pretty girl. She’s probably a loose & slutty bimbo”, people look at Lance and think “He’s just a big dumb thug” but we wanted to turn that expectation on it’s head. He really gives Mary her license to kill when he tells her that these people are not worth what she’s putting herself through. It’s not a nice thing to say but a lot of the things that some people have to do to make it in this world aren’t the nicest things to do either. But sometimes you have to make a decision between some pretty shitty choices and the one time near the end of the scene where Mary smiles (After what happened to her at the party) is the truest moment of her being honest and open with someone. It’s the one moment where she feels safe enough to have some genuine feelings and emotions. 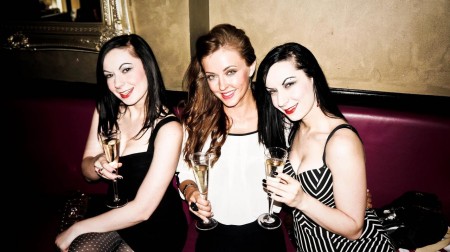 HNN: So what’s next up for the both of you?

JS: At the last Cannes film festival we were both honored to be announced as directors on the next“ABC’S OF DEATH” film. There are some amazing producers and directors associated with the film right now, I cannot tell you how excited we are to be included among such a phenomenal lineup of talent! I can tell you right here and now that although we don’t have a letter we do have a concept and it’s going to blow everybody the f*ck away! I know it’s not a competition but we really want to be the standout letter, the one that everyone remembers. Also while we were trying to get funding together to make AMERICAN MARY, which wasn’t easy since the whole “Body Modification” angle made it a tough sell that turned a lot of people off, we wrote another film called “Bob” which will be our next feature film. The tagline is “There’s a monster inside all of us. And sometimes it gets out..” and it’s our “Love Letter” to monster movies. We grew up in the eighties with films like “CRITTERS”, “GREMLINS”, “ALIENS” & “PREDATOR” but then something weird started to happen and all horror films seemed to feature Vampires, Werewolves and Zombies and all of them wanted to date teenage girls! We want to create a completely original monster in a film that favors practical effects over CGI and we’ll be teaming up with Masters FX once again. Todd Masters helped design the creature with us and we think it’s gonna be something that’s just going to blow people away! It’s going to be very gory and because of that it’s going to be very controversial but it’s also hilarious and it’s got some of the best dialog that we’ve ever written.