A new one sheet popped up today and it’s a pretty good one, take a peek: 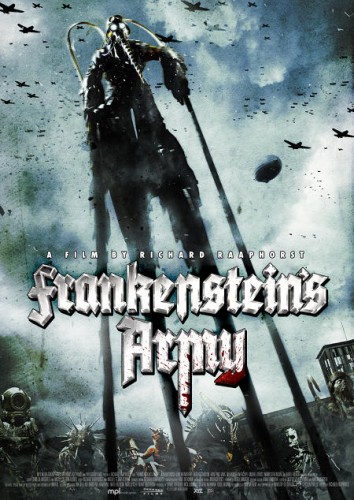 Synopsis
In the waning days of World War II, a battalion of Russian soldiers find themselves lost in enemy territory. Stumbling upon a village decimated by an unseen terror, they discover that a mad scientist (Hellboy’s Karel Roden) conducts experiments to fuse flesh and steel, creating an unstoppable army of undead soldiers. Leaderless and faced with dissention amongst their dwindling ranks, they must find the courage to face down an altogether new menace – or die trying.

No DVD release info on this one yet but it will be hitting select theaters and VOD on July 16th….