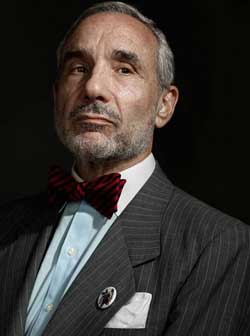 I’ve been a fan of Troma ever since I saw The Toxic Avenger for the first time when I was just a teenager. I was hooked instantly and soon I was at the local video store in town every weekend renting Troma classics such as Surf Nazis Must Die, Class of Nuke ‘Em High, and Sgt. Kabukiman N.Y.P.D. Troma is without a doubt one of the most successful independent film companies of all time, and part of that reason is due to the hard work of the very talented and always awesome co-founder Lloyd Kaufman.

Kaufman is one of the most recognizable figures in the independent film business and is respected and loved by his many fans. He has an undying dedication for independent film and puts his heart and soul into every single movie that he is involved with (which is something that more filmmakers-especially the mainstream Hollywood ones-need to do). I recently had the absolute pleasure of speaking to Mr. Kaufman and it was an absolute blast for me to just pick his brain and just shoot the shit in general.

Todd Martin: Did you always want to work in the film business?

Lloyd Kaufman: No. I actually wanted to be a teacher or a social worker originally. I wanted to do something that helped others like working with kids with hooks for hands or something like that. When I was going to Yale my roommate was a real movie nut and he got me interested in them as well. I saw a number of movies while I was in college as a result and that was what made me want to work in film.

TM: Where did you come up with the idea for The Toxic Avenger?

LK: I could go on for an hour or so about this one and have an entire chapter that covers it in my book All I Need to Know About Filmmaking I Learned From the Toxic Avenger. Basically I’ve always been a big fan of Frankenstein and in the end I wanted the monster to live. I’ve always been interested in the environment and environmental issues-even before these things became popular with everyone else-and I’ve always liked raunchy slapstick comedies like Porky’s. These things were all combined with a horror element and the end result was The Toxic Avenger. 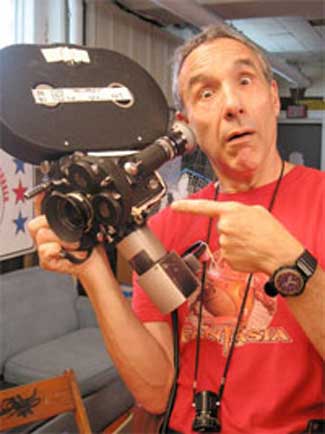 TM: What is your favorite Troma film?

LK: There are a lot of them such as The Toxic Avenger and Return to Nuke’em High Volumes 1 and 2. We finished up Volume I and are working on Volume II now. These are some of the best movies that we’ve done and I am really proud of both of them.

TM What is your least favorite?

LK: Tales from the Crapper. We went through three directors and it stars a lot of big names such as Ron Jeremy, Ted Raimi, James Gunn, and Trey Parker but in the end was just a failed film.

TM: If you could work with anyone in the business who would it be?

LK: Eli Roth. He was in Tales from the Crapper and Citizen Toxie: The Toxic Avenger IV briefly but I would like to work with him more. I had a chance to appear in Cabin Fever but was unable to do so unfortunately due to scheduling and other conflicts. 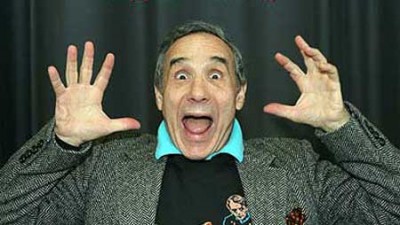 LK: I could name several, but when I saw Kenji Mizoguchi’s film Princess Yang-Kwei-Fei for the first time it was like a religious experience for me.

TM: What is the scariest movie ever made in your opinion?

LK: Bambi. My mom took me to see it when I was a kid and it terrified me.

TM: So what did you think of Darren Lynn Bousman’s horrible remake of Mother’s Day?

LK: I really don’t have a comment as I haven’t actually seen it. 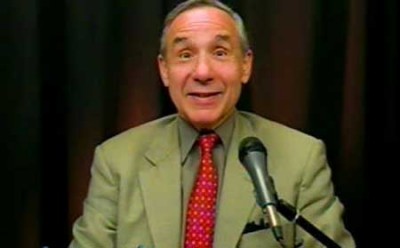 TM: I love the Toxic Crusaders cartoon. I can’t believe that there was a cartoon based on Toxie considering how much sex and violence that takes place in the movies.

LK: You’d be surprised by how many mothers and grandmothers go out and buy the unrated version of The Toxic Avenger (the one with the full crushed head scene in tact) for their kids and grandkids. They pop it into the VCR or DVD player and leave the room because they think it is the Toxic Crusaders cartoon.

TM: At least they’re creating a new generation of Troma fans at a young age though!

LK: (laughs) Right! Do you know who wrote the theme song for The Toxic Crusaders?

TM: Of Two and a Half Men and The Big Bang Theory fame?

LK: That would be him. 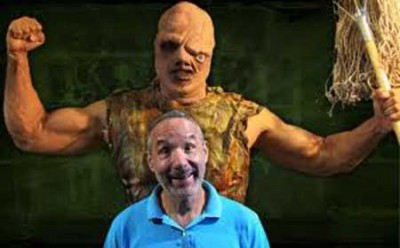 TM: So, if you weren’t working in the film business what would you be doing in terms of a career?

LK: Probably a teacher or a social worker. I’ve always been into interpretive dance so I might be doing something with that right now.

TM: Are there any new projects you are working on that you’d like to talk about?

LK: Well like I said we just finished Return to Nuke’Em High Volume I and are in the process of working on Volume II as we speak. It is sort of like Kill Bill as it was so big and epic that there had to be two volumes instead of just one. The Toxic Avenger 5: The Toxic Twins is also in the works and has to do with Toxie’s kids.

TM: What do you think of the state of the horror business and film industry in general these days?

LK: I think that there is a serious lack of women in the horror film industry. There is a group known as “The Masters of Horror” who work in film and they are all men. There isn’t a single woman among them. Even in this day and age most women who work behind the scenes on horror movies are stuck being script girls and the like. I feel that there is a “Blood Ceiling” that women in the horror film business hit that keeps them down and stops them from achieving the things that the male horror filmmakers do.

(Note from Todd: You can actually see the article that Lloyd wrote about this topic that discusses it at more length at this link:

LK: Just want to tell everyone to continue supporting independent filmmaking. I also want to thank you, Todd and all the other Troma fans from Kentucky (Todd: I am from Kentucky) and everywhere else.

TM: I wish to think Mr. Kaufman for taking the time to talk to me as it was an awesome experience. I also want to give out a special thanks to Lloyd’s assistant Regina Katz who set up this interview and made it possible!