An often overlooked John Carpenter gem is the Sam Neill starring shocker IN THE MOUTH OF MADNESS. It’s hard to believe that this fan favorite has not yet made the transition to Blu-ray but that will all end on October 15th when Warner Brothers Home Entertainment brings this one home.

Under the bizarre chance you’ve never seen this one it tells the following tale:

“Best-selling author and Stephen King contemporary Sutter Cane’s newest novel is literally driving his readers insane. When the author inexplicably vanishes, an insurance investigator named John Trent (Sam Neill) is hired by Arcane Publishing director Jackson Harglow (Charlton Heston) to track the author down. But Trent, along with Cane’s editor Linda Styles (Julie Carmen), soon finds himself crossing the barrier between fact and fiction, and entering a terrifying world of evil and madness from which there is no escape.”

No details yet but lets keep of fingers crossed that WB gives this one the attention it deserves and loads this baby up with some kick ass special features. When that news hits, I’ll update you here so stay tuned. 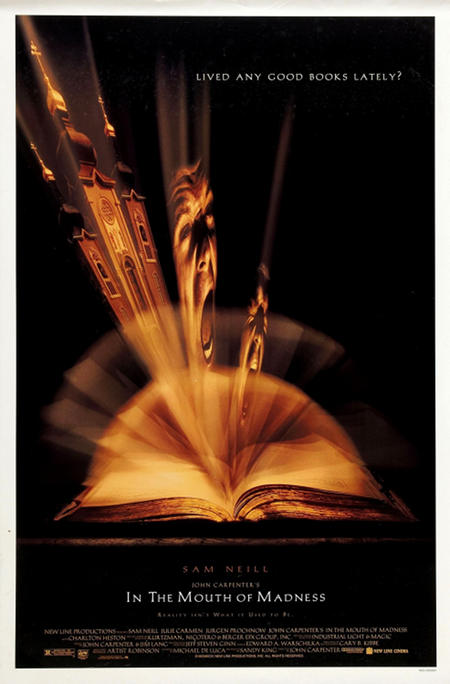