All Kinds Of SCREAM FACTORY Coolness! 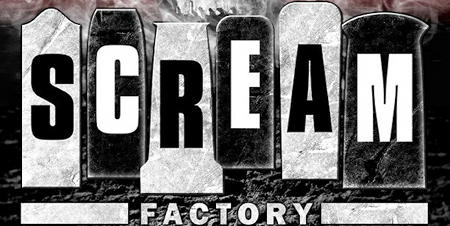 It seems that every time we turn around the folks over at SCREAM FACTORY have another load of cool shit to throw at us. Just the last few days along have brought three different little tasty tidbits of info all of which I’m going to throw at you right now.

First up, SCREAM FACTORY now has its very own YOU TUBE channel! This is one you’re going to want to hit the subscribe button on. You can CLICK HERE and go check this shit out right now!!

Next up, remember the other day when I showed you that nothing short of awesome new artwork for their upcoming Collector’s Edition release of DAY OF THE DEAD? Got a release date for you, September 17th. Still no word on special features and the like but trust me, they are going to be kick ass, that’s all SCREAM FACTORY knows how to do.

And lastly, it has been announced, albeit in very short fashion that this fall they will be releasing Collector Editions of both PSYCHO II and PSYCHO III! Here’s what was said:

“1983’s PSYCHO II and 1986’s PSYCHO III will be released on DVD and Blu-ray this Fall as Collector’s Editions. No other details to report at this time so stay tuned in the next few months for more developments on these great blood-curdling films.”