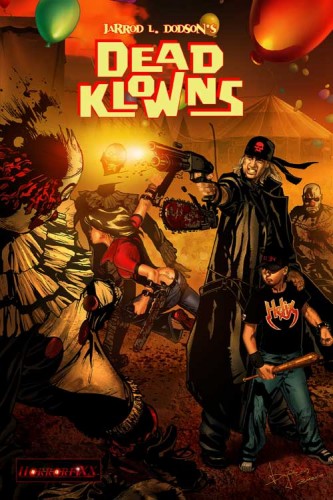 Having read Jarrod L. Dodson’s Terrorklowns, I knew what to expect when I was reading his latest graphic novel release Dead Klowns. Total anarchy in Klown form. Only these Klowns are dead, as in zombified and hungry for human flesh. Whether you love or hate the sight of killer klowns, you’re going to fear them even more in this graphic novel featuring the likeness of Brian Vollmer of the rock band Helix. This graphic novel is not just well written, but the artwork is what one expects to find in a horror comic featuring zombie killer klowns. It has that gritty feel one would find in a zombie story with enough blood and gore to make any fan of intense violence, craving more.

The characters are like-able and that is saying something in today’s world where there are those that can’t stand the characters in horror stories, except one particular person who dies a very gruesome death. I can’t say anymore, you’ll just have to buy the graphic novel. This is not just a horror story, it is also about redemption, reconnecting and forgiveness. It is also about becoming stronger in the face of overwhelming odds. One cannot help but feel the pain the characters go through at the hands of the danger they endure throughout the pages of the comic. So many people are faced with this horrific reality and are plunged into a world of insanity where dead klowns rise up and are pursuing them.

A group of unlikely individuals are the ones who have to put everything aside and come to grips, with what’s after them, I could not help but feel a grim end is in store. The way each character is written and drawn within the pages, I could not help but wonder if they are going to make it or not.

The action scenes alone are quick and do not lag, it is from panel to panel with how our heroes dispatch the army of undead klowns. There is a lot of stuff to look out for within the pages, I don’t want to give it away, but to understand, you just have to read it. What Jarrod has written, was done intentionally. The messages and surprises are there and are worth looking out for. Dead Klowns is not for the feint of heart or those who are squeamish. It has that eighties feel to it and is fun to read. Just don’t go to any upcoming circuses anytime soon. You may not like what is waiting there inside those tents after reading Dead Klowns. The link to buy the comic is down below. Again, this is a horror graphic novel not to pass up on. 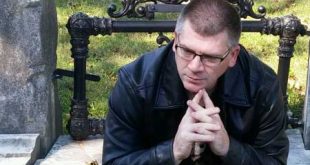 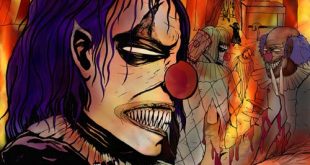