So Season One is a wrap and it turns out that BATES MOTEL is the surprise hit of the winter. It ended up coming in number two, only The History Channels VIKINGS did better when it comes viewership is certain demographics (blah, blah, blah) point is, it kicked ass and season two is certainly going to be high on the “must see” priority list.

The folks over at THR sat down with show helmer Carlton Cuse and he lets all kinds of cool info spill on what season two may hold.

THR: Where will Season 2 pick up? Will there be a time jump?

Cuse: I don’t want to say exactly how we’re going to do that. Certainly the events at end of this season are very much in play when Season 2 opens. One of the big questions looming is: What is Norman’s awareness of his own self? [Also,] how much does Norma know? How much does she know about what Norman is really all about?

THR: You’re also adding to the writers’ room for Season 2.

Cuse: In the first season Kerry [Ehrin] and I did a huge amount of the writing ourselves, and we have a full writers room this year… We have a real all-star team in Liz Tigelaar (“Nashville,” “Life Unexpected”) and Alexandra Cunningham (“Prime Suspect,” “Desperate Housewives”) and Nikki Toscano (“Revenge,” “Detroit 1-8-7”). Adding those three writers is going to be a huge benefit for Season 2. Our goal in Season 2 is to increase the audience’s understanding of the world in which our characters live – most importantly, a deeper understanding of who the characters themselves are. And we plan on having plenty of thrills and chills along the way.

THR: There’s all sorts of evidence pointing to Norman and his borderline inappropriate relationship with Miss Watson. Will next season be a search for her killer?

Cuse: Coming to terms with Miss Watson’s death is a component of next season. It’s not the main narrative focus of next season, but it is one of the stories we’re telling. It’s important for the audience to get some resolution about that story, and we’ve got a good way to do that. But there’s a lot of other stuff going on in White Pine Bay that we’re going to need to pay attention to as well.

The most fundamental question of Season 2 comes down to Norman understanding Norman more than he does. He obviously is capable of actions that he’s not aware of when he finds himself in an altered mental state. The barriers [that] separate the different parts of him over time are going to become a little bit less rigid. The show is not instantly devolving into the murder of the week, Norman as a crazed serial killer; that’s not what compels us as writers. We’re much more interested in the nuances of his relationship with his mother, brother, and those around him. That’s a longer journey until Norman becomes more adversely affected by his psychological issues. How that plays out and the time frame is not something we’re just jumping into right away; there’s more interesting to stuff to explore in the next season of the show… [For instance,] I don’t think we’ve seen the last of Keith’s sister.

THR: Will Norma’s past be a focus of Season 2 as well?

Cuse: We definitely are going to delve further into Norma’s past in Season 2. We meant that scene [where Norma reveals she was molested by her brother] to be not only an answer but also something we hoped would make the audience want to know more about her life and what made her into the woman she is…

THR: Norman is clearly not over Bradley and upset that Dylan has now taken an interest in her. Is that something you’ll continue to explore next season? Does that put Dylan in danger?

Cuse: Possibly, we’ll see! His [Norman’s] interest in her has not waned. 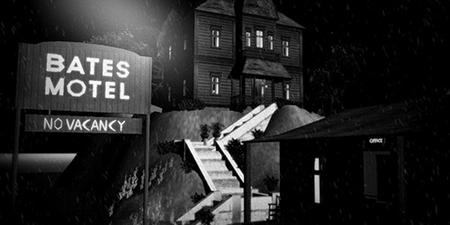