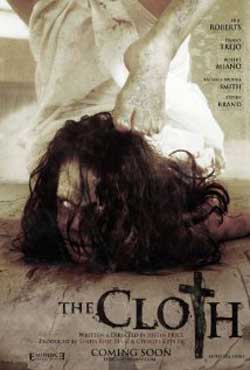 A headstrong young man reluctantly joins a religious order that is locked in combat with the forces of darkness.

Some impressive visuals and a decent script are undermined by weak acting and a desperately unoriginal story in this lively but unsatisfying tale of priests and demons.

In a rehash of one of the most famous sequences from William Friedkin’s horror classic THE EXORCIST, this film opens with two priests – Fathers Connely (a woefully underused Danny Trejo) and Johnson (Steven Brand) – attempting to cast out a demon that has taken possession of a young girl’s soul. However, whereas Friedkin’s film was interested in an examination of the strength of faith, writer/director Justin Price has no such pretentions, signalling his intent by having Father Johnson whip out a neat little holy crossbow-pistol and blow the demon to smithereens.
We are then introduced to Jason (Kyler Willett), a good-looking but feckless young man whom we discover has ‘issues’. Waking up one morning after an evening’s carousing, Jason is strong-armed by Father Diekmen (Lassiter Holmes) into attending a court session at which he learns the drunk driver who killed his family some years before is being released. Diekmen persuades Jason to return to the church where he grew up on the pretext of passing on something that belonged to his father but, once there, lays on him his real purpose. Diekmen explains he is a member of a secret religious order, known as The Cloth, which exists to combat instances of demonic possessions.

Unlocking a high-tech hidden base beneath the church, Diekmen introduces Jason to Laurel (Perla Rodriguez) – the Cloth’s archivist – who explains that the battle against demonic possession is just one part of the war against evil. Apparently a demon named Castalia, who specialises in capturing the souls of the previously devout, is preparing to cross over into the earthly realm to indulge in a week’s harvesting.

Meanwhile, Father Diekmen pleads with the head of his order, Father Tollman (Eric Roberts, another name actor in a blink-and-you’ll-miss-it appearance), for Jason to be expedited into membership of The Cloth. My outrage at this blatant piece of preferential queue jumping abated when we learn that Jason unknowingly possesses a great aptitude for demon slaying and Diekmen and The Cloth (not to mention mankind) need all the help they can get.

Plot-wise, we’re very much treading over old ground and I lost count of the films which various bits of THE CLOTH reminded me of. The script itself isn’t too bad – it’s reasonably literate and contains one or two moments of wit – but the problem is that is starts from such a hackneyed premise and means the film is fighting an uphill battle right from the word go. There are a couple of moments of originality – a half-human, half-demon product of a failed exorcism, and a water pistol filled with holy water – but sadly they are few and far between.

On top of that, because the story isn’t really offering us anything new, the film is forced to rely on the acting and special effects to sustain our interest. Unfortunately that is a weight which the effects and, particularly, the acting prove unable to bear. I’m afraid to say that some of the acting, and we’re talking about central roles here, just isn’t up to the minimum required standard; the flat delivery of dialogue has to be heard to be believed. It’s a shame because, as I say, the script is decent and with more experienced actors could have carried some real power. 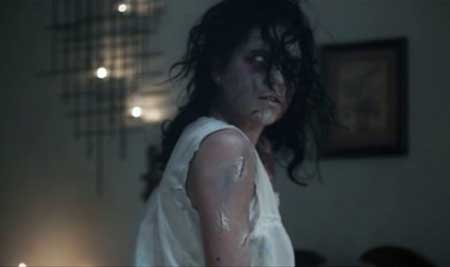 On the plus side, the film looks a treat and belies its low budget to create some impressive effects, particularly in the creatures and make-up department. It also moves along at a fair old pace and chucks in plenty of good old-fashioned priests vs. demons action sequences. On balance, however, the fundamental problems with both the story and the acting prevent me from giving THE CLOTH anything other than a cautious recommendation.