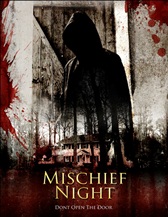 North American rights to Ruthless Pictures’ MISCHIEF NIGHT, a home invasion thriller based on a pitch by Jesse Baget (Breathless, Cellmates) and Eric D. Wilkinson (The Man From Earth, Paranormal Movie), has been picked up by Image Entertainment, a subsidiary of RLJ Entertainment (NASDAQ: RLJE).  The film, which just entered into production, is being directed by Richard Schenkman (Abraham Lincoln vs. Zombies, The Man From Earth), from a screenplay by Baget and Schenkman.

From Producers Eric D. Wilkinson, Richard Schenkman and Jesse Baget, MISCHIEF NIGHT tells the story of a terrifying home invasion on the eve of Halloween.  Young Emily Walton (Noell Coet), who has suffered from psychosomatic blindness ever since a car accident that took her mother’s life, must summon every instinct at her disposal to protect herself and her loved ones from a mysterious intruder.

Richard Schenkman insists that MISCHIEF NIGHT is not your typical genre movie.  “This is not a horror film,” he said.  “While I enjoy pictures like Scream, I think this movie has more in common with high-tension, claustrophobic thrillers like The Strangers, the French movie Them, and even the classic Wait Until Dark.  While there is violence in the film, my plan is to minimize the gore and keep the effects realistic, as opposed to the stylized mayhem we see in other pictures.”

Wilkinson agrees.  “I think people forget that movies like John Carpenter’s Halloween have very little blood or gore in the film.  Eventually, that franchise embraced the blood and guts, but the original was all about the suspense, and I applaud Richard’s ‘less is more’ approach.”

The deal for MISCHIEF NIGHT was negotiated by producers Jesse Baget and Eric D. Wilkinson for Ruthless Pictures, and Mark Ward, Vice President of Acquisitions, for Image Entertainment. 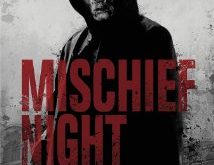 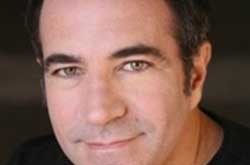 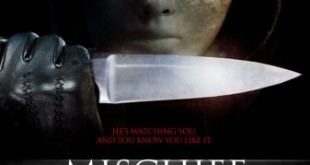 Some Poster Art For After Dark’s MISCHIEF NIGHT