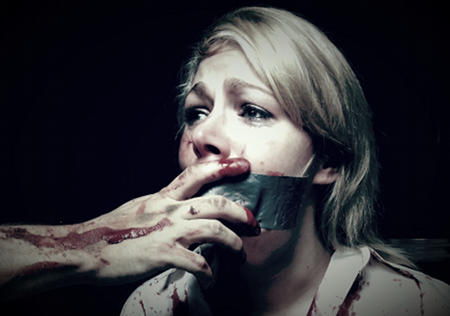 Jessica Cameron is as talented as she is beautiful and you are all about to find that out as she takes the reins behind the camera for a project titled TRUTH OR DARE. A press release showed up this morning that lays out the whole thing out and explains it all, read on for the details:

Not too long ago it was announced that Jessica Cameron was in preproduction on her film “Truth or Dare,” marking the first time she will be writing and producing a motion picture. She has announced today that she is also going to direct the feature! “Truth or Dare” revolved around 6 college kids who find internet stardom when they make “Truth or Dare” videos with a violent twists. It’s all fun and games until their number one fan decides he wants to play…

Jessica is known for last year’s killer santa slasher “Silent Night,” which was helmed by Steven C. Miller, the Roger Corman produced “Camel Spiders,” which is currently airing on the SyFy Network, and the ever popular “Mr. Hush” which is on Netflix instaview and can be found at numerous Redbox locations. She is also known for her role in season 2 of the TLC network’s hit show “Brides of Beverly Hills.”

Jessica cowrote the feature and will be producing the movie with writer/producer Jonathan Higgins. His novel, tentatively titled “The Masquerade: The Truth Lies Behind the Mask” is due out later this year. The team added another producer to the project, renaissance man Buz “Danger” Wallick who is known for producing “Thirsty” as well as coproducing the feature “The Black Box.”

After talking to numerous directors and dealing with their scheduling conflicts, hesitations regarding the copious amounts of gore, and so on, Jessica decided to take the bull by the horns and direct the feature herself. This is what she had to say about her decision:

“I’m excited to tackle this new challenge in my film career and I am blessed to have acquired a toptier team to help make my vision a reality. I could not allow this story to be watered down since I love it so much for how twisted it is. The story is original and unapologetic. I think that’s one of the huge benefits of making an indy film as opposed to a studio picture; you can go to those places that studios are afraid of. Will we offend some people – YES. But horror films offend people already, so I see no need to alter the story to try and appease people who aren’t going to see it and simply complain about the movie. I am confident that other like minded horror fans will love it as it is a gritty, dirty, no holds barred film that goes THERE!”

Jessica and her producing team will start an IndieGoGO campaign shortly in order to secure additional funding for post production for “Truth or Dare.” 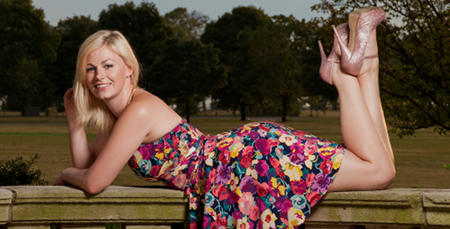