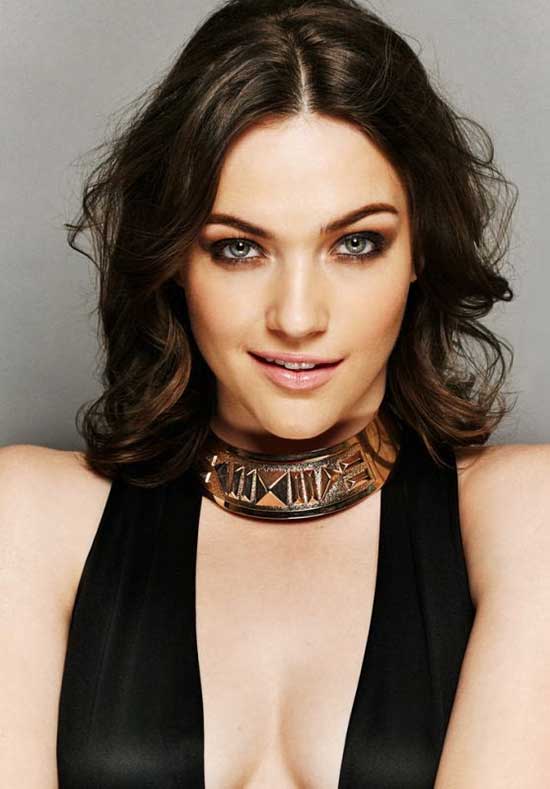 Violett is starring as a lead alongside Lucy Hale and Tyler Posey in the Blumhouse/Universal Pictures horror film, ‘Truth Or Dare’. The films follows a group of friends that play a harmless game of Truth or Dare that turns deadly when someone, or something, begins to punish those who tell a lie or refuse the dare. Violett plays character “Markie Cameron” and the film also stars Nolan Gerard Funk, Hayden Szeto and Sophia Taylor Ali.

In addition, Violett was recently seen recurring in the new Fox medical drama series ‘The Resident’. ‘The Resident’ centers on a tough, brilliant senior resident Dr. Conrad Hawkins (Matt Czuchry) who guides an idealistic young doctor Dr. Devon Pravesh (Manish Dayal) through his first day, pulling back the curtain on what really happens, both good and bad, in modern-day medicine. Violett plays “Lily Kendall”, a cancer patient under the care of Dr. Hawkins and Dr. Pravesh. Abandoned by her fiancé and far from home, Lily inspires the hospital staff to be protective and emotionally involved in her outcome. The course of her treatment by famous oncologist, Dr. Lane Hunter (Melina Kanakaredes), is a crucial key to the thriller arc of the season. The series also stars Emily VanCamp and Bruce Greenwood.

Violett is best known as “Jesse Quick” on The CW series ‘The Flash’. The hit series is based on the DC Comics character Barry Allen / Flash (Grant Gustin), a costumed superhero crime-fighter with the power to move at superhuman speeds. Violett portrays Jesse Wells, the daughter of Earth-2 Harrison Wells (Tom Cavanagh), and speedster Jesse Quick. Violett recently returned to ‘The Flash’ and did a mini crossover with DC’s ‘Legends Of Tomorrow’.

While growing up in Austin, TX, Violett fell in love with performing and took theatre all throughout middle and high school. Though she always knew she was meant to perform in some way, it was not until her senior year of high school, that she turned her focus to TV/film.

Violett went on to book the HBO series, ‘The Leftovers’. In season 2, Violett played recurring character Taylor Truitt, a local girl in Jarden, Texas, who went missing along with two other girls. Additional acting credits include a guest starring role on the NBC series ‘Chicago PD’, indie horror film ‘Flay’, the indie comedy ‘Slash’, and ‘Tower’. ‘Tower’ focused on the UT shooting in 1966, which was America’s first mass school shooting in history. Violett portrayed Claire Wilson, who was eight months pregnant during the shooting and lost her baby and boyfriend that day. ‘Tower’ was executive produced by Luke Wilson and Meredith Vieira and is currently available on iTunes.

When not acting, Violett is passionate about supporting environmental and animal causes like “Meatless Mondays” with The Humane Society Of The United States, PETA, abortion rights, ending rape violence and gun control. Violett recently became vegan and enjoys cooking and trying out new recipes at home. She also enjoys watching ‘Fixer Upper’, doing DIY renovations of her home and spending time cuddling with her bunny, Milo, and puppy Kora”

Hi Violett, How are you?

Violett- Hi, I’m good. How are you Janel? 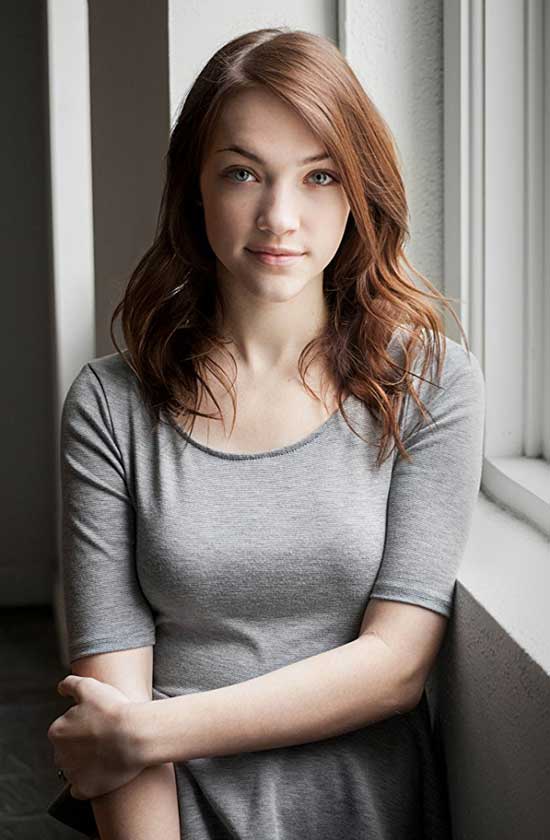 I am good! I am so excited though! “Truth or Dare” is so exciting! How did you get involved with the film and did you do anything special to play Markie?

Violett- Well, I went in to audition at Blumhouse’s office like any other audition. Then I went back for a second audition and then I did a chemistry read with Lucy (Lucy Hale who plays Olivia in “Truth or Dare”) and it was actually pretty cool and it doesn’t happen all the time. They asked me to step outside for a couple of minutes and then I came back in and they offered me the role which is really cool. As far as preparing for Markie, we shot the film in twenty five days which for anybody who doesn’t know, is a very short time frame for a film. So before we started filming our director Jeff Wadlow took all of us in his office and kind of explained what he was thinking for the character and what we were thinking. We talked about it and sort of formed who Markie is based off of that. Then when we started shooting, we just ran with it. I think it was kind of cool to sit down and talk about it beforehand.

What was it like working with the director Jeff Wadlow?

Violett- It was great. I think we pulled off something pretty fantastic and I think that is due to him and the cast and crew.

What was it like for you working with the cast of “Truth or Dare?”

Violett- It was so much fun. Before we started filming we went on sort of a bonding trip in Mexico which was perfect because we all got to know each other. I think that really helped build that relationship on screen because I think a lot of the times you don’t get that experience but you have to pretend that you’ve known this other character for ten years but we actually got that experience and we got to know each other.

I have a bunch of friends that downloaded Snapchat to get the “Truth or Dare” filter and I went to my super awesome friend Mikey Aspinwall for a question because he was rocking the filter and I asked him to ask a question so he said: “You did such a great job with this movie, is Horror a genre you’d return to again?” (Also from me: If there is a sequel to “Truth or Dare” will you return?) (Thank you Mikey!)

Violett- Yeah, I mean I love shooting horror. I think it’s really fun and it keeps you on your toes while you’re filming. And as far a sequel, Markie lives so there is definitely that potential and with the ending of “Truth or Dare”, that end scene where Olivia basically invites everyone in the world to play the game. There is definitely a chance for a sequel. 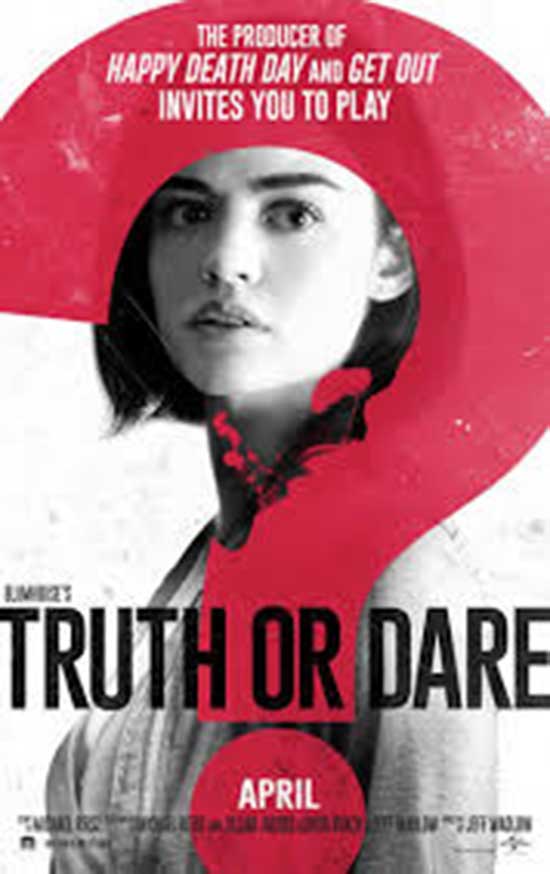 Violett- I just filmed a pilot for CBS called, “God Friended Me” and we should know in a couple of weeks if that gets picked up. It’s a really cool show, its super unique and I think people are going to like it.

Okay, so is there anything you can share about “The Flash?”

Violett- Yeah, Jesse is protecting an entire world of people. She is pretty busy but I think there is always a chance of her coming over and you know being Team Flash or helping save the city. 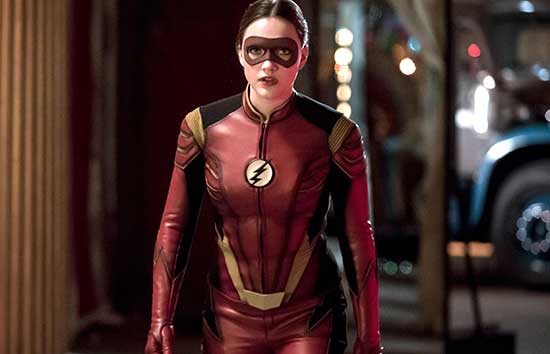 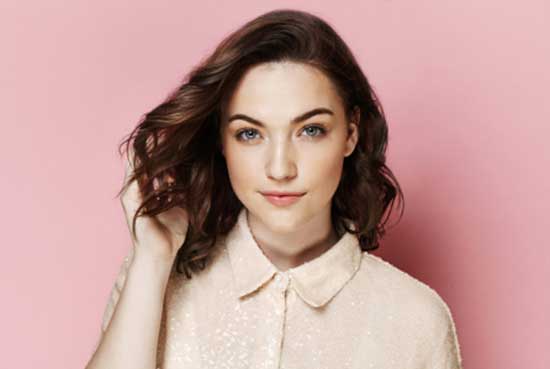 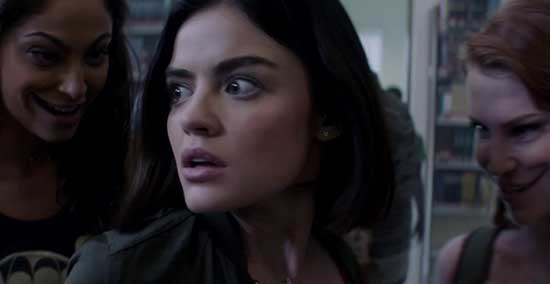 So you are amazing and you always do a great job. What do you want to say to the audiences that will be seeing “Truth or Dare?”

Violett- Just a huge thank you and virtual hug. I could not do my job without each and every one of my fans so thank you for going to see it. Thank you for telling your friends about it. It’s a project that we are all really proud of. I hope people enjoy the movie.

Thank you so much Violett.

Violett- Thank you so much. 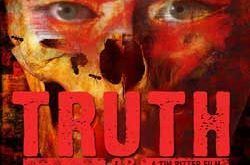