Yesterday brought the Anchor Bay release of SHADOW PEOPLE and in case you haven’t headed on out and picked this sucker up yet, we’ve got a trio of clips that are sure to get you off your ass and on the way to the store do so.

First though, a recap of what SHADOW PEOPLE is all about:

Synopsis: “Shadow People is based on a true story about small town radio personality Charlie Crowe (Roberts), who unravels a conspiracy about encounters with mysterious beings. These “Shadow People” were the cause of hundreds of unexplained deaths. He encounters CDC Epidemic Intelligence Agent Sophie Lancombe (Eastwood), whose investigations entwine her with Charlie’s own discoveries, leading them both into a dark world and a decades old cover-up.

The film explores the actual historical evidence of SUNDS and the real phenomenon of an inverse placebo effect, where the mind can actually kill the body through false belief. The film is backed up by real archival footage of a suspected outbreak of SUNDS, which occurred in rural Kentucky, and takes the found footage genre to a new level by intercutting the story with the actual interviews of the real-life participants, local news footage, and radio clips from the event.”

You know what? Just because I love you all so much, here’s a little bonus featurette. No need to thank me.

SHADOW PEOPLE is out there now so go get it and get your creepy on. 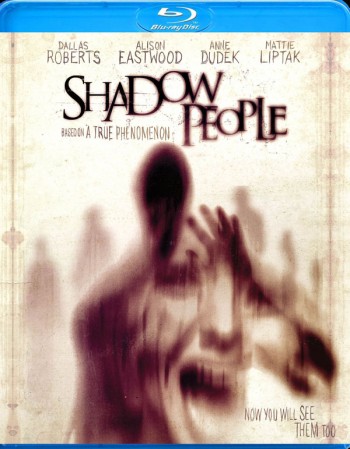