Horrornews.net Giveaway of The Midnight Game on DVD courtesy of Anchor Bay Entertainment!   Thanks to our friends at RMS | Romana Marketing Solutions for the opportunity. Giveaway rules are simple, email joyhorror@horrornews.net and put “The Midnight Game” in the subject line.   In the body of the email, please type your full name and complete mailing address.   Winners will be chosen at random.   US residents only. 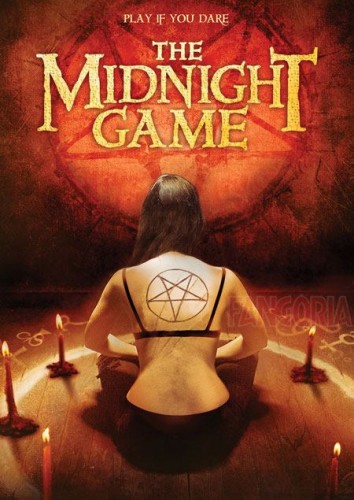 With a hot cast including Guy Wilson (“Breaking Bad,”LITTLE BLACK BOOK, THEOPEN DOOR, THE MOON AND HE), Renee Olstead (“The Secret Life of theAmerican Teenager,” 13 GOING ON 30), Shelby Young (“American Horror Story,” WILD CHILD, THE SOCIAL NETWORK), Valentina de Angelis (BEREAVEMENT, EVERLASTING, OFF THE MAP) and Spencer Daniels (STAR TREK, THECURIOUS CASE OF BENJAMIN BUTTON), the rules are simple because there’s only one: survive! THE MIDNIGHT GAME will be available on DVD for an SRP of $19.98.

In this eerie chiller inspired by true events, Olstead stars as a partying teen whose friends decide to perform an ancient pagan ritual found online called ‘The MidnightGame’: Candles are lit. A drop of blood is spilled. Your worst fear is confessed and an entity is summoned. But if the rules are not followed exactly, punishment is promised. Tonight, the game is not being taken seriously. A demonic horror has been unleashed, and now, even daylight cannot stop the nightmares that may destroy them all. Are you ready for the arrival of “The Midnight Man?”