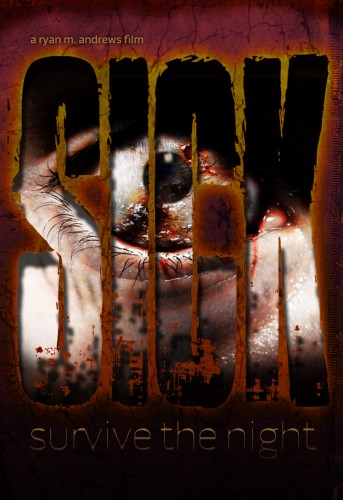 Two years into the outbreak, the remaining people struggle day to day for survival. With the infected more active at night, three people seek shelter in an empty home, but with supplies scarce, they’ll be lucky to make it out alive.

For the past several years, we’ve been seeing all types of zombie flicks. There has been almost every conceivable situation or concept you could think of, but the vast majority of the movies always seem to concentrate more on the undead and in some cases rightly so, than the survivors of whatever apocalypse or national emergency that spawned the festering flesh eaters to begin with, which brings me to Sick. Sick is nothing new in the plot department, it’s the same old story we’ve already seen a thousand times before. The thing about Sick that makes it a little different for me, is that instead of focusing on the zombies themselves, it turns the focus towards a small group of survivors. Yes, the zombies are part of the story, but they are secondary to the plight of these people. 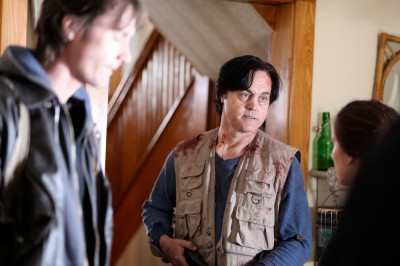 The story picks up two years after the onset of a viral outbreak that causes the sick to crave and consume the flesh of human beings. The planet is in ruin with only a small percentage of the population not infected. Dr. Leigh Rozetta (Christina Aceto) is a scientist for the government working to find a cure for the infection. Tiring of failed attempts and ever increasing pressure from her superiors, Leigh flees the safety of her government lab to try to return home to her parent’s house to sort things out and make sense of it all. While venturing into the infected zone, she runs across two survivors, Seph (Richard Roy Sutton) and McKay (Robert Nolan) who are under attack by the sick. After fleeing the sick and with daylight running out, the three decide to hole up in Leigh’s parent’s house, as the sick are more active and dangerous at night.

The three board themselves up in the house and have to survive the night in order to make it to safety in the morning. But that is no small task when the hungry sick are surrounding the house, but the greater danger comes from within as the three must survive each other first. 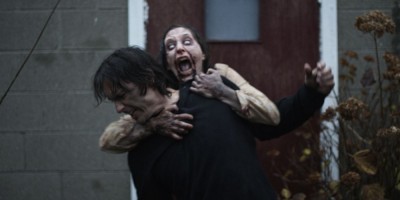 Director Ryan M. Andrews has created an interesting little character driven piece that puts the viewer in the shoes of the main trio of characters who are trying to survive in this nightmarish world. I found these characters easy to relate with, and since I’ve never experienced a zombie apocalypse, I can only guess at how I would behave in those circumstances. I would hope I would behave as some of these characters do. For all the extreme zombie lovers out there, even though the undead are not the main emphasis of the plot, there is still plenty of gut munching happening to satisfy the hardcore crowd. The acting is pretty solid throughout, with the main characters delivering the best performances. The secondary cast is not quite as good as the leads, overacting tends to be the norm, with the exception of scream queen Debbie Rochon who essentially has a cameo in the film. Budgetary limitations are obvious which is normal in films like this, but the filmmakers manage to do a lot with what they have.

I can forgive a lot if the story is good enough and that’s the case with Sick, because the characters are well written and it’s a fresh take on the same old zombie tropes. I would definitely recommend Sick to anyone looking for a great character driven zombie film that’s not the norm in a sea of films that only care about the zombies and not the survivors.