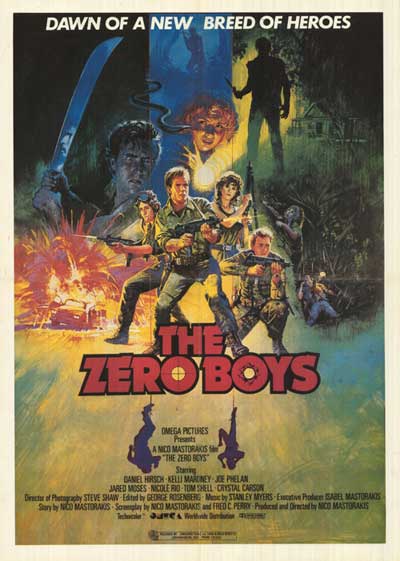 A group of friends travel to a wilderness area to play a survival game. Soon they unexpectedly find themselves in a real-life survival situation.

The Zero Boys starts out significantly different than it ends. From the opening, the film almost appears to be an action feature based on a group of combatants attempting to survive in a war. With its general ‘80s flair reminiscent of Rambo, many viewers might be willing to forget about the ridiculous moments of the movie if it involves lots of action and jungle-trolling, but only minutes later the film does a complete 180 degree turn and becomes a generic slasher. 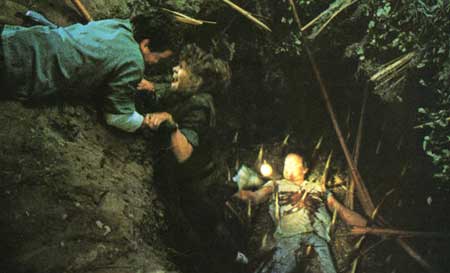 We follow the Zero Boys and their girls out to an abandoned shack in the woods; they’ve set out to party after a win in their survival league (a gun game somewhat like laser tag or paintball but with more realism) and they want some privacy. Everyone’s in good spirits until they hear a woman screaming in the woods – and then when their truck dies and the lights go out. These are the cliched stereotypes common to slashers, and The Zero Boys very nearly hits every one of them.

The biggest dilemma of the movie is identity crisis. Not only is the film never exactly sure what it wants to be, its characters are also lacking a sense of personality. Most of them are caricatures, and the film never focuses on them more than a few minutes. We might get the occasional sharing of feelings or a couple of one-liners from one of the guys, but for the most part every person in The Zero Boys is steeped in a layer of fog, as though the filmmakers didn’t really care to develop them any further. 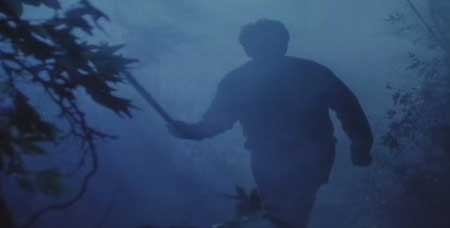 This is a problem for many slashers, because it means that when the teens are killed off, there’s no reaction from the audience. Exactly the case here, because the viewer finds himself caring exactly zero percent for the random chick that he’s only seen once or twice. And it’s the same sort of uncaring attitude one will have for the killer once he’s revealed; it throws a curveball at us with two murderers, but it also happens to be people that we’ve never seen before. It provides no shock, nor is it a twist that the viewer can foresee coming. 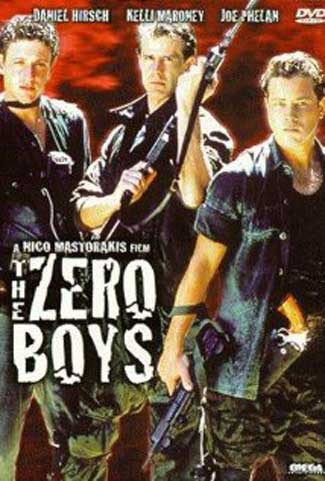 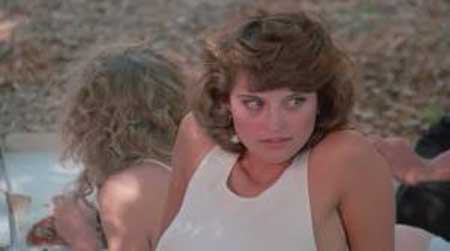 The kills aren’t anything spectacular either, which makes The Zero Boys a strange mix of slowly-paced action and scares that do anything but freak out the audience. It doesn’t do anything very well, and that is a shame because the opening seems to promise a lot of action that sadly isn’t delivered. There are a lot of initial ideas left on the operating room table; The Zero Boys rarely follows through on any of them, so what the viewer is left with are scraps of themes that don’t really fit into a specific context. The film swaps its focus so much that it’s like trying to follow a tennis match where both players are terrible and the ball rarely ends up on the court. 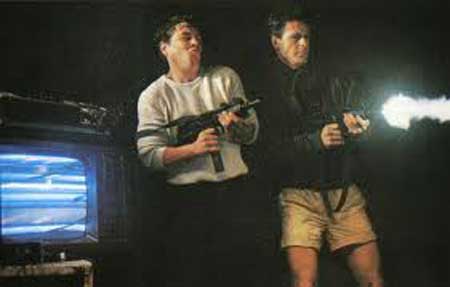 The ending, too, is so lackluster and anti-climactic that it negates any suspense that might be generated by two killers stalking the Zero Boys. There are moments where the finale tends towards tension; some of the victims hide out underneath a shack in the woods as the killer explores overhead, and there’s a palpable sense of dread as they slowly realize that they will be found. But then the tension immediately dissipates; it doesn’t last, and The Zero Boys is very good at ending things prematurely.

That makes the film a very mediocre slasher compared to others made this decade. There are many better films in the genre, even ones that are much more underrated than Halloween and the like, and any fan looking for an obscure slasher flick might not want to take a chance on The Zero Boys. It’s certainly something for hardcore buffs to check out to say they’ve seen, but the movie will most likely only find a crowd with those who like bad movies.