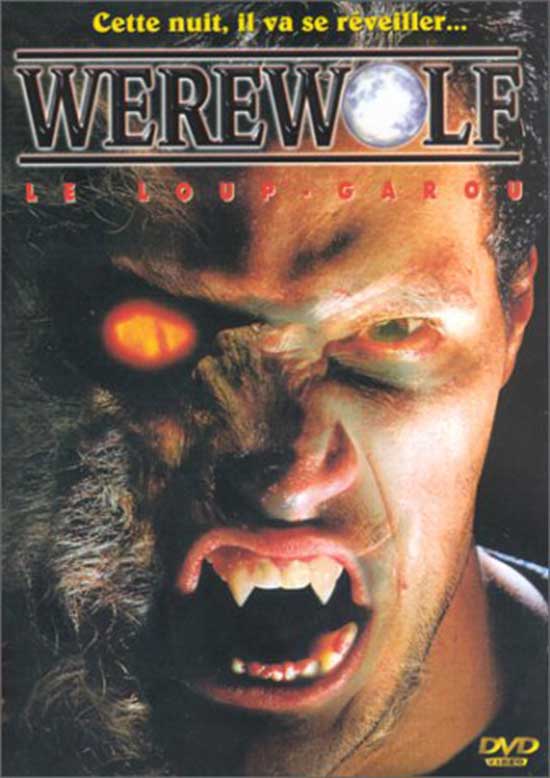 Unscrupulous archaeologists try to take advantage of an outbreak of lycanthropy prompted by the discovery of a werewolf skeleton in the Arizona desert.

You know you’re in for a treat (to use the term loosely)  when a movie you have to review was once in an episode of the original Mystery Science Theater 3000. After all, the films Joel (or in this case, Mike Nelson) and the bots riff on are chosen for a reason: they’re very, very, bad. The only question about such films is whether or not they manage to be so bad that they’re good on their own.

In Werewolf, an archaeology team in Arizona uncover a skeleton that seems to belong to a lycanthrope. One of the Native American members of the team was scratched by the skeleton while digging it up. He quickly falls ill and shows signs of lycanthropy before dying. One of the members of the archaeology team, Yuri decides to see if he can use the bones to create another werewolf. He soon targets Paul, a writer who is getting romantically involved with a woman Yuri covets for himself. 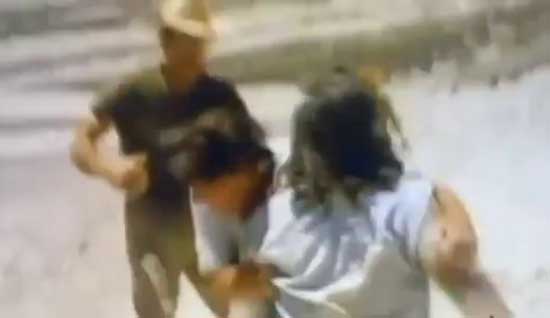 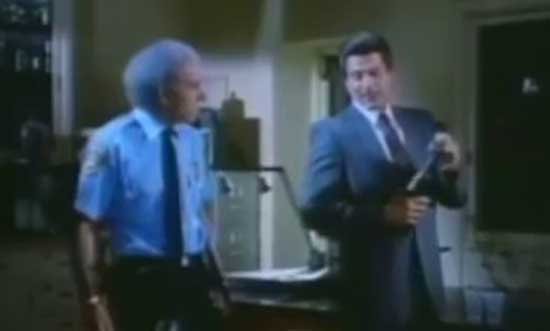 If there’s one thing I can say in the movie’s favor, is that it’s hilarious. The problem for Werewolf, however, is that it’s unintentionally so. Scenes that are supposed to be taken as tense or dramatic instead end up being so ridiculous that you’ll find yourself laughing. The best example of this is watching a security guard trying to drive home while turning into a werewolf. I don’t know what caught my attention more, the shoddy make-up or the fact that he’s able to stay on the road and maintain the speed limit while in the middle of a transformation. Or that he kept driving by the same freaking gas station over and over again on his way home. Either he’s going in circles, there’s a gas station from the same franchise on every block, or the editing is that crap. Of course, it’s just that seeing a werewolf driving a card is just a funny image no matter who you cut it. 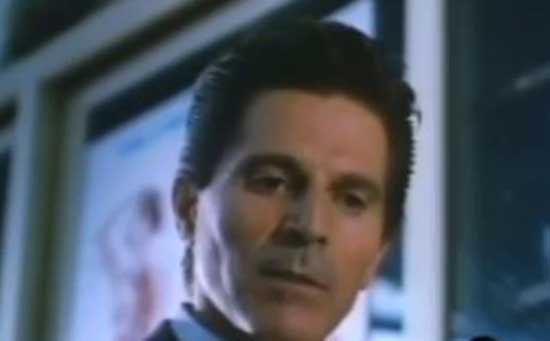 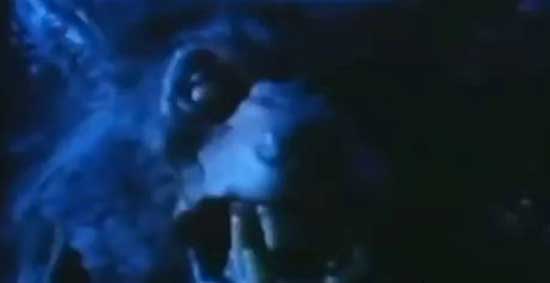 Werewolf is filled with equally silly scenes, and some may have you howling (yes, I know, bad pun) with laughter.

If you’re looking for decent special effects, then you’re going to want to look for it somewhere else. The make-up is mostly just pathetic looking, and the werewolf transformation sequences were so ineptly done it made you wonder if they just picked up some random guy from the street to do the effects. Granted, it was funny watching a would-be lycanthrope writhe around and contort in front of the camera. The version of the movie I got was edited, so I don’t know if there are any actual gore scenes. From what I’ve seen, if there are then the gore is probably just as sad as the rest of the effects the audience is subjected.

When going over the movie’s flaws, one can’t skip over the acting, if what is in the movie can be described as such. The only two particularly recognizable actors are Richard Lynch and Joe Estevez. The normally reliable Lynch is giving nothing work with, but he at least tries his best. Estevez, however, has always been a terrible actor and adds nothing to anything he’s in. Sadly,  he still manages to be better than anyone in the cast that isn’t Richard Lynch. Watching some of these other “actors” on screen is like enduring the most hideous forms of torture ever devised by man. The only reason why it won’t drive you to ram your head against a brick wall is at least one of the performers, Adriana Stastny (working under the name Adrianna Miles), has the decency to suck in such a way that it’s equally endearing and funny. 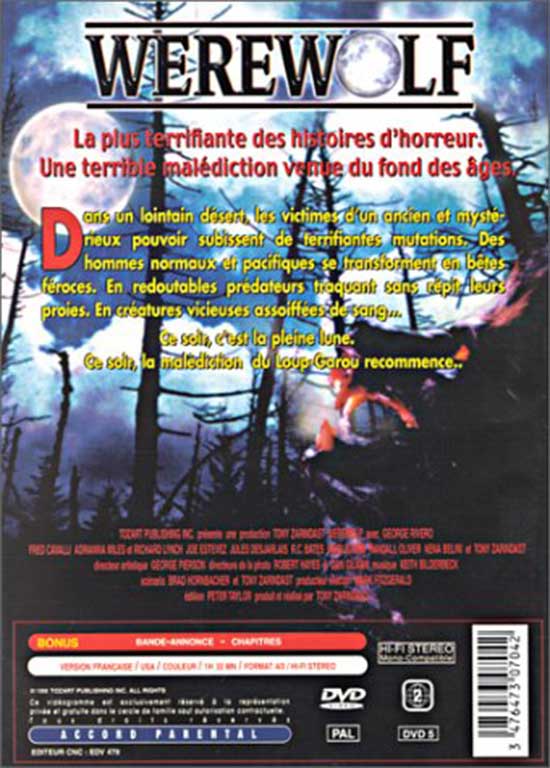 From her first scene in the film, it becomes obvious what talents she was hired for, and it isn’t acting. She’s a beautiful large-breasted woman who’s willing to do a nude scene (which was cut out from the version I watched. I call foul on that!). She only seems capable of looking bored or annoyed when in front of the camera, even when she’s supposed to show passion, fear, or any other emotion most humans are capable of. She also can barely deliver dialogue, and I don’t think that has anything to do with her having a thick Eastern European accent either. She’s just that horrible at acting. Her performance is a trainwreck of such glorious proportions that is more apt to make a viewer giggle than anything else. 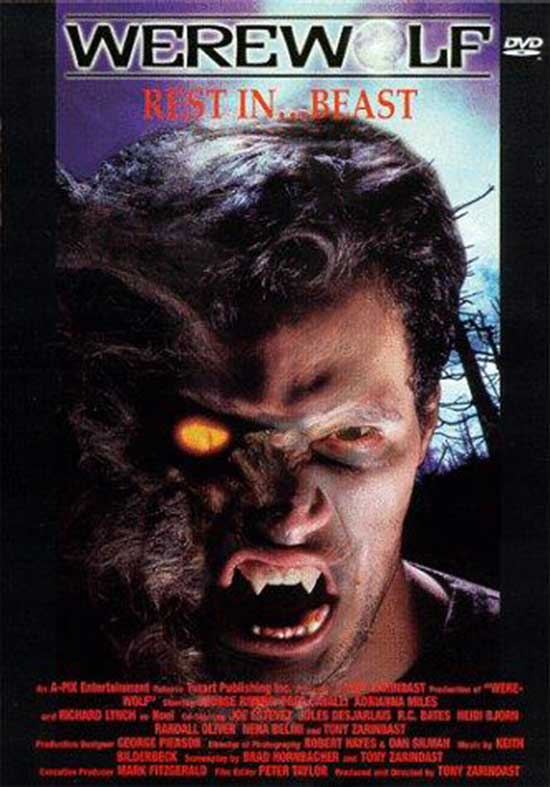 It’s also impressive that she pronounces the word “werewolf” three of four different ways and never gets it right. Seriously, it’s one of the funniest things to hear her mangle the word every single time she says it. It’s also kind of cute.

I think Werewolf manages to be another entry in the “so bad it’s good” type of movies, but barely. It’s the unintentional hilarity of some of the more ridiculous moments, inept special effects, and Stastny’s that makes it entertaining. If you like bad cinema, it’s worth checking out. If you choose to watch the Mystery Science Theater 3000 episode covering the movie, you’re going to have a ton of fun, though.