Land of Shadow and Substance: And When the Sky Was Opened

While there are many familiar with writer Richard Matheson’s works, most are only acutely aware of his I Am Legend tale. And When the Sky Was Opened is a tale written by Serling that is loosely based on a Matheson story called Disappearing Act. The original told of a writer whose family and acquaintances continually disappear one by one, leaving only him with knowledge of their one-time existence. Serling took the tale and gave it a science fiction twist, using three astronauts that, after a quick trek into outer space, had recently returned to crash land back on earth. 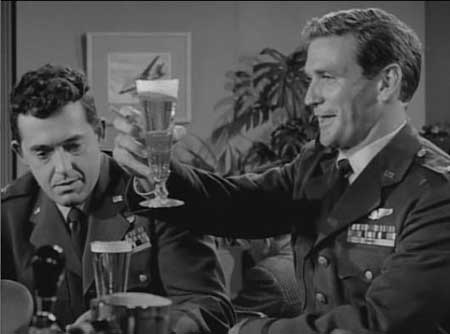 Nonetheless, Matheson took no offense and when asked for a comparison, mentioned that he viewed it much like he had when comparing The Omega Man (the second feature film version of his I Am Legend tale starring Charlton Heston); that they were each “so far removed that there’s nothing to judge by.”

Major William Gart (James Hutton), Colonel Ed Harrington (Charles Aidman) and Colonel Clegg Forbes (Rod Taylor) are three astronauts that took an experimental plane called the X-20 to the outer reaches of the atmosphere and into the beginnings of space for the first ever space flight. During this flight, the radar screens lost them for twenty-four hours. Now they are back, having crash landed somewhere in the Mojave Desert. While Harrington and Forbes are unscathed, Gart suffered a broken leg and rests comfortably in a hospital bed in room 15. 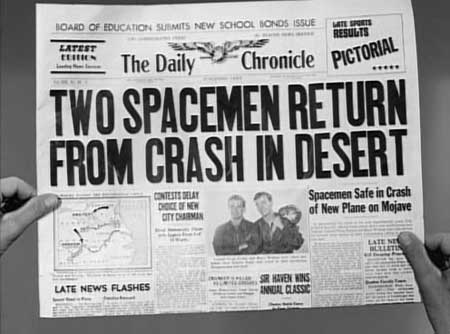 Visiting their injured comrade and making small talk, Harrington views a newspaper, making comment that the guy in the middle, himself, is certainly better looking than the other two standing at his sides. Gart remains behind, under doctor’s care, while Herrington and Forbes, having decided to make it a celebratory night, head off to the nearest bar in search of drink and revelry.

At the bar, Harrington feels inexplicably odd and drops his glass of beer to the floor, shattering it. Suddenly, he feels the urge to telephone his parents. Shocked by their reply, that they have no son, Harrington summons Forbes before collapsing in the corner of the telephone booth. 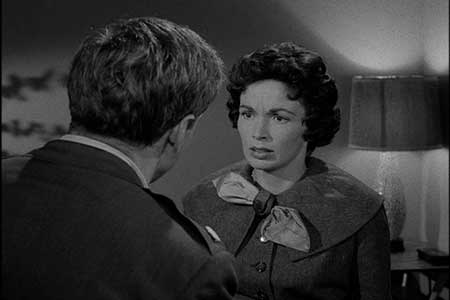 Concerned, Forbes blows off his disclosure, telling him that all he needs is a stiff drink and goes off to fetch it. As he approaches the bar, he acquires that very same odd feeling and, before noticing that the shattered glass has disappeared, whirls around to see that Harrington is now gone too. He snatches the day’s newspaper from a nearby table and looks at the cover. There are now only two astronauts in the picture, Gart and him.

After inquiring to the bartender where his buddy’s drink went and the bartender looking back perplexed, replying that he had come in alone, Forbes calls them all crazy and runs out the door.

Back at the hospital some time later, a clearly shaken Forbes attempts to explain the occurrence to. 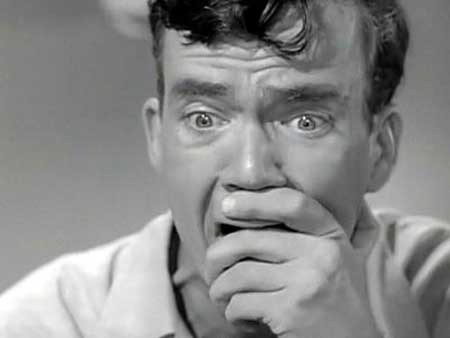 Gart, who replies that he doesn’t know anybody named Harrington. Forbes, still feeling strange yells out “I don’t want this to happen,” before bolting from the room. Gart gives chase, but upon entering the hallway, finds it clear and that Forbes has disappeared.

He pleads with a nurse, explaining that he was one of three original astronauts. Having no recollection of this, she goes to fetch a doctor.
Meanwhile, Gart looks at the day’s newspaper. The headline reads that a lone astronaut returned.

A short while later, a doctor and a nurse are chatting while approaching room 15, with the nurse explaining that the room is empty and therefore, they can use it for potential patients.

Next time – Mr. Denton on Doomsday

Land of Shadow and Substance: And When the Sky Was Opened