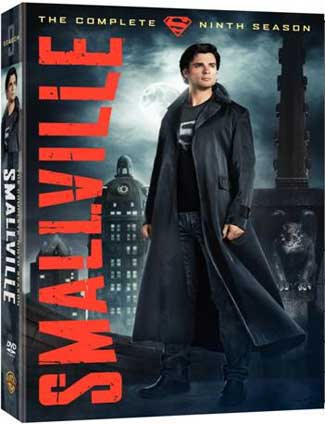 May Justice Prevail – And Earth Survive!

Flying into Homes Everywhere from Warner Home Video on September 7

BURBANK, CA (June 23, 2010) – Hearts grow fonder and dangers grow stronger as Smallville returns with new characters, adventure and conflict. The longest-running “Superman” TV series continues with the release of Smallville: The Complete Ninth Season on DVD and Blu-ray™ on September 7, 2010. In this multi-disc collection from Warner Home Video, Metropolis’s clock tower tolls our characters’ darkest hour as Clark Kent finally makes his first attempts to embrace his calling as a hero. Bonus features include cast and creator commentaries, unaired scenes and two never-been-seen featurettes: “Kneel Before Zod” and “Justice for All.” The six-disc DVD set is priced at $59.98 SRP, and the four-disc Blu-ray™ set is priced at $69.97 SRP; both with an order due date of August 3, 2010.

In Season Nine – starring Tom Welling, Allison Mack, Erica Durance, Cassidy Freeman, Callum Blue and Justin Hartley – fans see what a great planet Earth is. So great that other survivors of Planet Krypton wouldn’t mind making it home and taking control. But fellow Kryptonian Clark Kent rises to the occasion and sends a warning for Zod and his followers who cross the line, especially if they seek to enlist Lois Lane in their schemes. Plus, unexpected characters from DC Comics lore add exciting new layers to the adventures of the man who will become Superman. Among them: the shape-shifting Wonder Twins, magical Zatanna and in an action-packed Double Episode, Justice Society of America’s Doctor Fate, Hawkman and Stargirl.

Smallville was developed for television by Alfred Gough & Miles Millar, and is based on DC Comics characters. The executive producers for Season Nine are Kelly Souders & Brian Peterson, James Marshall, Mike Tollin, Brian Robbins and Joe Davola. Superman was created by Jerry Siegel and Joe Shuster. The series is from Tollin/Robbins Productions, Millar/Gough Ink and Warner Bros. Television. The 10th and final season of Smallville premieres this fall, airing Fridays at 8 p.m. ET/PT on The CW Network.

SPECIAL FEATURES
• “Kneel Before Zod” Featurette – An in-depth look at this dynamic criminal from Krypton, his origins in DC’s silver age, and his various appearances in more recent film, animation, and live-action television.

• “Justice for All” Featurette – In this script-to-screen featurette, we’ll meet with Smallville creative team as they bring the Justice Society of America, one of the comic world’s most iconic teams of superheroes, to television for the first time. 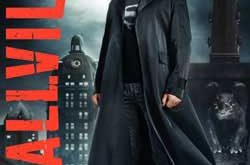