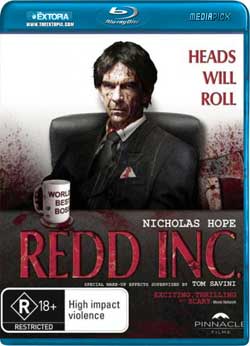 The horror resurgence is the best thing to happen to the likes of yours truly since losing my virginity the second time (long story).  As a lifelong devotee and diatribe-spewer of all things frightful, it has become a lost cause to keep up with the sheer number of titles released since “Scream” underwhelmed me, yet started a veritable film revolution, bless its gutless heart.  Vampires and zombies have garnered such a ravenous following throughout these salad days, they’ve both acquired their very own sub genres.  To even refer to  a “vampire flick” or a “zombie flick” is far too vague anymore.  You had the pleasure of watching a cool gore movie last night, you say?  Be more specific.  Was it slasher, Cat III, monster, Troma,  giallo, or torture P*rn?  These are merely the examples I could come up with off the top of my warped melon, mind you. 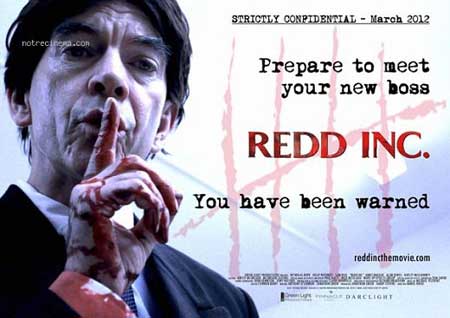 Yet another variety that has cropped up in recent years is one I’ve heard tagged as “yuppie horror,” but I like to refer to it by the more encompassing “quirky gore” (copyright pending).  The intense popularity and subsequent cult following of 2000’s “American Psycho” surely deserves credit here.  “Red Inc.”, also known by the title “Inhuman Resources,” would fit nicely in this niche category, and it indeed owes a great deal to the aforementioned Christian Bale mainstream bloodbath.  Sharply written to a fault, director Daniel Krige, alongside writers Jonathan Green and Anthony O’Connor, begin with a tight and simple framework and let their quick wits take it from there.  Regrettably however, brains will only get you so far in this world, especially and specifically within the arena of horror film making.

Nicholas Hope, from one of my favorite indie comedies “Henry Fool,” plays accused serial killer Thomas Reddmann, who dies in a fire after years of incarceration in a questionable mental institution following his arrest and trial.  As it turns out, “Redd” faked his death by cutting off his own hand and leaving it at the scene of the blaze for authorities to ascertain and identify.  The film begins shortly after, when Internet stripper Annabelle (Kelly Paterniti) is abducted from her home and awakens in a cramped office setting, chained to a large table containing computer terminals and a groggy gaggle of folks also held against their wills.  All were in some way involved in Redd’s conviction, from the lead detective Edward (Alan Dukes) to defense attorney Rudy (James Mackay, best known for the dull-as-dirt remake of “Don’t Be Afraid of the Dark”).  Annabelle herself was the damning eyewitness for the prosecution, having been present when Redd was caught red-handed (literally), standing over a decapitated corpse and wielding a bloodied axe on the elevator she was awaiting. 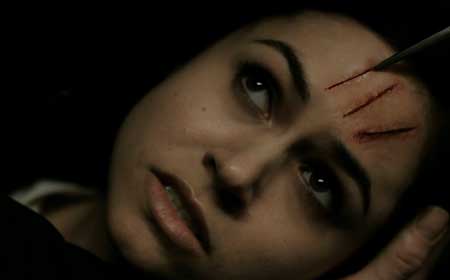 Enter Redd into the room, and Hope does a delicious turn here, switching from genial to menacing sometimes in mid-word.  He informs his captives of their one common assignment whilst “under his employ”: Prove the innocence he vehemently maintains, and they are free to leave.  Break any of the strict office policies and procedures, however, and a warning is given courtesy of the hooked blade that has replaced his severed limb.  This comes in the form of a deep cut into the forehead of the transgressor, and one guess should prove more than adequate in figuring out what punishment follows five infractions. 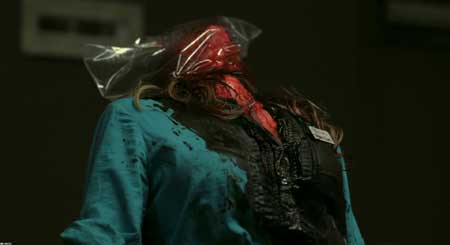 The pleasantly surprising arc “Redd Inc.” pursues after establishing its premise is that Redd may in fact be completely innocent of the previous murders, as Annabelle begins to discover in her unwitting investigations.  Along to way to solving the mystery, she works at slowly loosening a duct grate in the women’s bathroom with each allotted trip, and develops a tentative friendship with fellow witness William, portrayed by Sam Reid of the lauded miniseries “Hatfields & McCoys.”  There are also a couple of gruesome “employment evaluations” of those reaching their fifth demerit, including that of the police psychic (Hayley McElhinney), whose eyes Redd slowly sunders from her shrieking head before suffocating her with a plastic bag.  These instances are filmed in gleeful detail with an almost “Hostel” quality of sadistic concentration, and seem a bit out of place given the overall pacing and tone of the majority.  I, for one, dug it to no end, and extol a mantra of “the more the merrier” in regards to carnage, but others may find said scenes jarring and disruptive to the narrative. 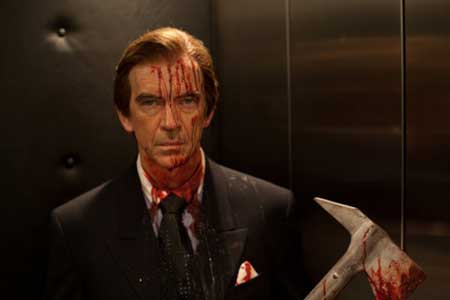 Given the strength of the cast supporting Hope’s tragic madman and the film’s slick polish, one would presume this all works splendidly.  It does not.  Shocking visual viscera aside, “Redd Inc.” basically rests upon its laurels like a dry, clever lump, never catching any true fire en route to it’s silly twist and meandering epilogue.  I found myself waiting patiently for that one magical moment when the opinion of a movie changes over from undecided to one of either favorable or “if this film was a dude, I’d kick him square in the balls.”  My mind remained on the fence all the way up until the closing credits, even after an amusing cameo from legend Tom Savini. 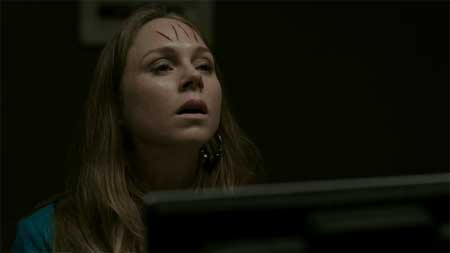 Reviewing a great motion picture is a delight, because I love to gush every iota as much as angrily berate.  All right, perhaps not precisely as much, but pretty damn close.  A truly terrible flick can provide loads of laughs in the reporting of it to the public, if not in the initial viewing.  An enterprise such as “Redd Inc.” leaves me having accomplished neither feat.  Here sit I, struggling with a dreaded bout of writer’s block in desperately searching the dark recesses of my imagination for a comedic conclusion to this posting.  A reward to you, cherished reader, for muddling through one of my more tedious run-on ramblings.  In summary, a priest, a minister and a rabbi walk into a bar . . . Meh, forget it.  I’ll do better next time, I promise.  Assuming the next movie isn’t “Redd Inc. Part II.” 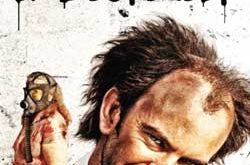