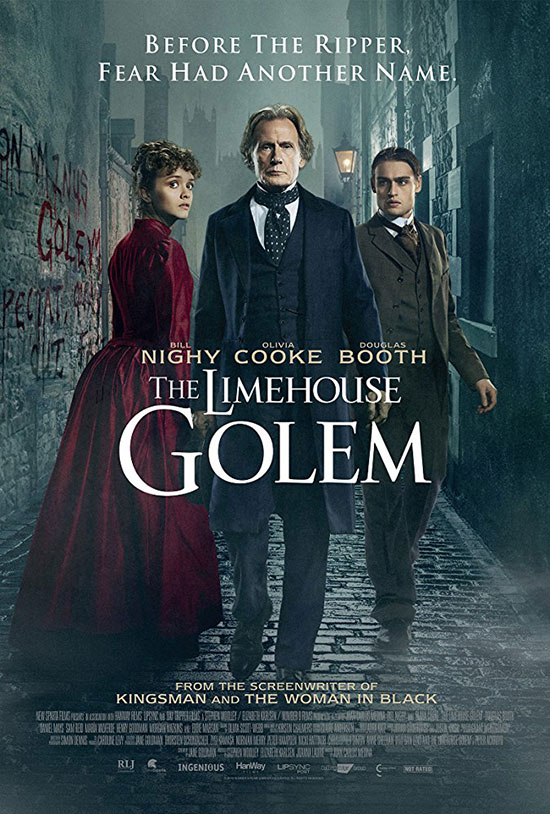 A grizzled inspector of Scotland Yard seeks to find the true connection between a serial killer and a woman doomed to hang in Victorian-era England.

The Limehouse Golem follows the morose inspector Kildare on his unlikely quest to catch a serial killer known by the moniker “The Limehouse Golem.” Kildare, whose career has been dogged by hardships due to his homosexuality, realizes that there’s a connection between the killer and a young stage actress’s arrest for the murder of her husband. Seeing the young woman’s oppression under a patriarchy as parallel to his own, Kildare seeks to help her escape hanging by finding out the truth of the tangled affair. 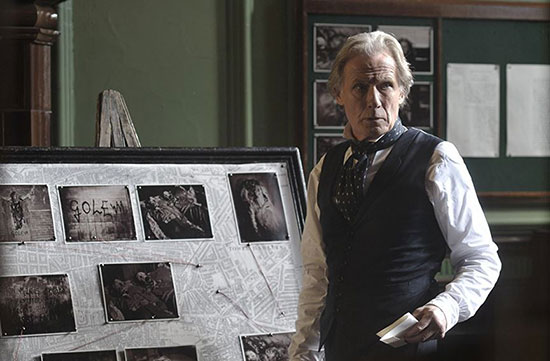 The excellent Bill Nighy (Underworld 2003, Pirates of the Caribbean: Dead Man’s Chest) takes the helm of this period murder drama in the role of Inspector Kildare, and his sullen looks, nasal snarl, and piercing eyes grant the character a reservoir of depth beneath his bedraggled surface. Kildare, who’s every motion on screen seems weighted with omnipresent pressure from a world that will not recognize his worth, is handed the high-profile Limehouse Golem case to be the eventual scapegoat when it fails. With the help of fellow traveler and cop George Flood (Daniel Mays, Star Wars: Rogue One, Victor Frankenstein 2015), Kildare sets out solve the case and stick it to his bigoted superiors, but becomes obsessed with the case’s connections to the matricide perpetrated by former comedienne Lizzie Crea. Convinced that solving the golem killings can free her from a death sentence, Kildare tries unraveling both cases simultaneously, at the potential expense of his tattered career. 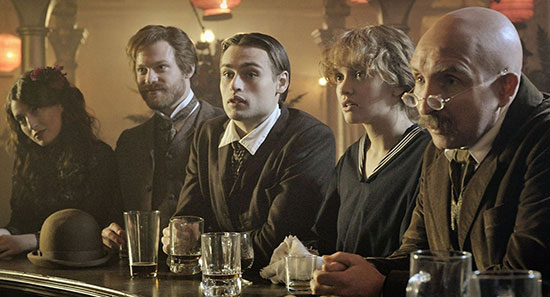 While Nighy is always a treat, Olivia Cooke (Ouija 2014, Bates Motel series) really steals the show. Cooke brings her character’s tragic history of abuse to life without ever acting the victim, despite frequently being one. Sam Reid (Anonymous 2011, The Railway Man 2013) also does a good job as the debatable “Victorian Gentleman” of the film, flipping from chivalry to predation without batting an eye. Lizzie’s theatrical rival is played by Spanish actress María Valverde (Exodus: Gods and Kings), who serves as the film’s only sexually charged female character, and does so both seductively and maliciously.

Douglas Booth (Jupiter Ascending, Pride and Prejudice and Zombies) plays Dan Leno, Lizzie’s stage mentor and hopeful suitor, and channels Billy Crudup from 2004’s stage beauty while maintaining enough masculine presence to have a believable sexual interest in Lizzie. He both opens and closes the film, serving as a sort of rudimentary MC from Cabaret, and the device does well to set the tone and era of the movie as a whole.

The camera and sound work in The Limehouse Golem is worthy of a BBC historical production, and straddles the over-the-top foggy England of Burton’s 1999 Sleepy Hollow, and the gritty realism of such drama series as Copper 2012, without losing the effect of either. There’s even a clever storytelling device director Juan Carlos Medina (Painless 2012) and writer Jane Goldman (Kingsman film series, X-Men: First Class) deploy to up the film’s mystery, which allows each potential suspect to also play the killer in one of the murders inside Kildare’s imagination. It was clearly enjoyable for the select cast to be allowed dual roles, and their enjoyment creates great interest on screen. 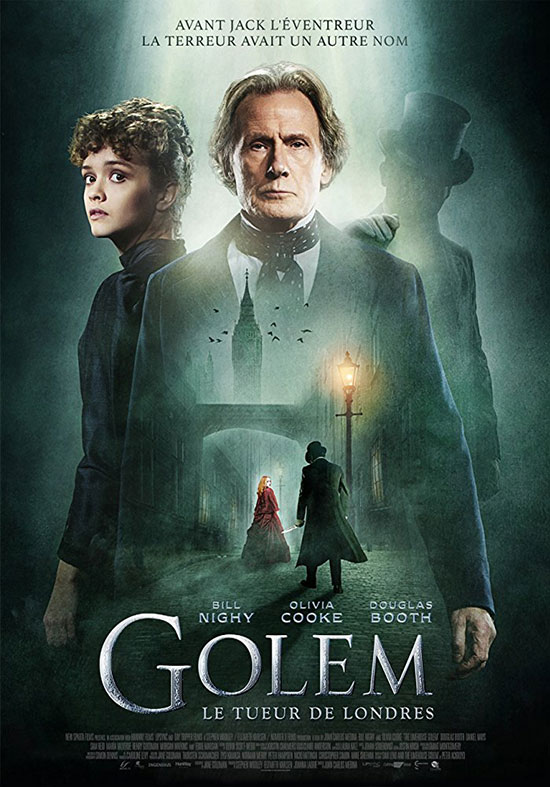 With a solid plot based on a novel by historian Peter Ackroyd, a script by veteran writer/producer Jane Goldman, attractive and competent direction from relative newcomer Juan Carlos Medina, and an excellent cast, the biggest mystery regarding The Limehouse Golem is how it didn’t get a theatrical release. Most likely, the film’s focusing more on detective work and interrogations than action left distributors dubious of its wide appeal, which is a shame. The Limehouse Golem is a beautiful and solid film, and is definitely worth a rental or purchase for fans of the era and mystery thrillers.