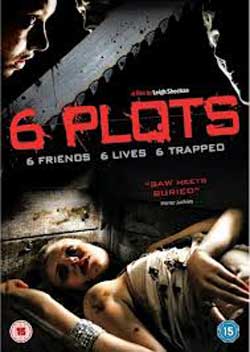 Everyone’s primal fears of death and how horribly it can play out in your own mind.

Today’s teenagers are tech savvy as hell.  This may cause endless consternation and annoyance amongst adults who believe the expanding spectrum of technology has grown out of hand (it has) and human interaction is becoming more archaic and unnecessary with each passing day (it is), but chew on this, old timers:  Without the unconditional and obsessive love in which our youth embraces the advancements around them, we would still be hunkered down in caves, waiting for a “sky spark” to strike a tree and create the “burning sun juice” we use to take the gamy, raw edge from our lizard burgers.  Actually, that hypothetical sounds a little better to me already.  I forgot where I was going with this. 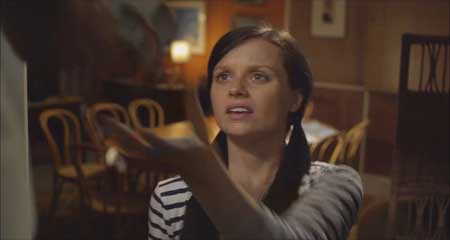 The wacky realm of filmdom has also kept a keen peeper peeled on the shifts and progressions occurring in the sometimes wackier reality that surrounds it.  Initially, the explanatory babble and utilization of technology was handled by the token “computer geek” character in movies.  Throughout the years, this stock member of the cast had remained primarily the same, and a cinch to pick out of a lineup.  Let’s face facts, if one of the actors credited in an action ensemble happens to be Justin Long or Seth Green, you can wager dollars to donuts that he won’t be drop-kicking any bad guys through a plate glass window at some point in the picture’s run time.  The mind immediately arrives at the obvious conclusion of “Ah, he’s playing the nerd,” and you’d be correct. 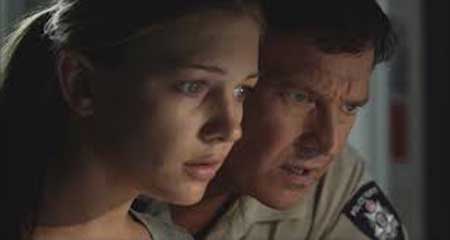 Times have changed, folks.  Now, even the hottest and seemingly vacuous high school sweetheart can manage the intricacies of the Internet with the finesse of a young Sandra Bullock from “The Web,” sans thick glasses and ponytail.  (that’s how we used to tell that a female was the brainy one in movies)  “6 Plots,” a new imported thriller compliments of our friends Down Under, throws out those preconceived notions of what smart should look like by the introduction of its young leads, and it immediately deserves recognition for that transgression alone.  Partner this bold shirking of stereotypes with a plot that forces our protagonists to use their heads as opposed to their vibrant bodies in a twisted game of cat-and-mouse survival, and I was prepared to open the floodgates of praise.  Then the movie actually happened. 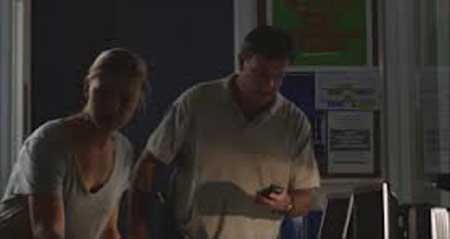 A tight clique of popular students, all varying degrees of obnoxious but in clever fashion, break into an empty residence on a Friday night to throw a party and broadcast the shenanigans to their envious peers via a website entitled “Screen It Live.”  Apparently, these are the only seven teens alive in all of Australia with permission to go out on weekends.  If my idea of a swell time at that age was watching on from my lonely room as my classmates partied like rock stars, I’m fairly certain I would have ended up a suicide statistic well before graduation day.  At the very least, a secret cutter.  Sometime before dawn, Brie (Alice Darling) awakens alone in the dark house, her chums nowhere to be found.  She believes this to be a prank until she receives a mysterious call informing her that she is the only hope to save her abducted friends.  This is delivered to her cell via a ghoulish computer-altered voice accompanied by a malevolent smiley face icon.  There are only two rules she has to follow in order to discover their whereabouts: No parents, no authorities.  Though a bit of a computer wizard, Brie must also use common sense and street smarts to track down her entourage, who are all locked away in wooden coffins hidden throughout the city.  Since our villain is in control of their phones and even the town’s Internet connection, her every move is monitored.

Unfortunately, nervous Tess (Emily Wheaton) comes to earlier than the others and calls her sheriff father Gary (Andrew Clarke) before she gets word about the previously mentioned rules.  This begins the systematic and inventive murders as Brie and Gary race the clock before all have perished and the baddie wins his sick contest.  Every single millisecond of “6 Plots” is handled so clumsily from that point, it’s almost as if the entire undertaking suddenly transformed into a Lifetime movie from 1997 with Candace Cameron and groovy accents.  Hyperbole aside, it truly becomes that awful, and crumbles under the weight of its own downward spiral from there.  Every revelation relies increasingly less on intelligence and merely upon chance, including the locations of the caskets.  This particular twist is a slap across the face of deductive reasoning, and a convenience the schlockmeisters of Team Troma would probably have deemed far too stupid and abandoned in the final product.  Combined with an overbearing soundtrack that nearly did have me take a blade to my flesh and finish this review’s rough draft with my own blood and poetry about death scribbled in the margins, and you have the distinct markings of my least favorite ninety minutes of the year thus far.  This is coming from a guy who has spent the first month of 2013 in a back brace and requiring crutches, so no stretch of time has exactly been a picnic. 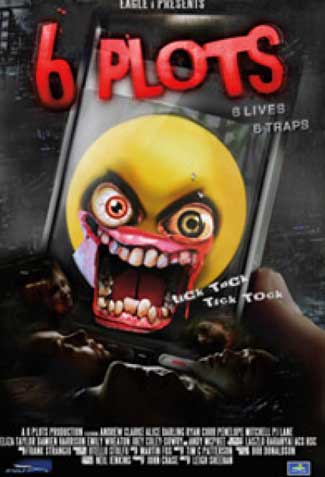 “6 Plots” was directed by Leigh Sheehan from a script by Tim C. Patterson, both of whom I mildly loathe now and wish to never speak of again.  It really is a crying shame, when a motion picture conveys such initial promise and then fails so miserably in execution.  If it had been garbage from the start, I probably would have mentioned the capable performances from all players and touted a nice sense of pace maintained throughout.  As it stands, I’m going to demand something harder than the few beers nursed in its duration before even approaching an emotion resembling forgiveness.  Absolutely maddening. 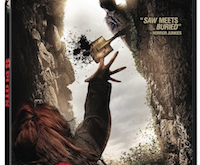 6 PLOTS arrives on DVD and On Demand, October 4