By the time episode three came about, issues with Serling started to appear. While he had acted in college before, it was never an audience size he now stood in front of each week and it made him terribly nervous and to the point of going pale. Who could blame him? Twenty million is a substantial number. During season one, with the episodes’ beginning narrations being off camera helped, something that would change in season two, and this aided. 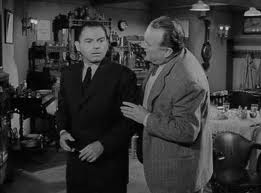 Director Lamont Johnson, who made his Twilight Zone directorial debut during season two, realized this. In an effort to combat Serling’s fear, Johnson, his crew in cahoots, would tease and joke with Serling, relaxing him, but never letting him know the cameras’ were also rolling. Coincidently, speaking of directing, Douglas Heyes, also beginning in season two, began inventing imaginative ways of bringing Serling into the introductory scene. However, usually it would be the assistant director responsibilities to film Serling’s narrations.

Written by Serling and directed by John Brahm, Judgment Night didn’t come off without any hitches and during a certain scene, when the first officer requests a cup of tea, General Foods, being the show’s sponsor and promoting their Sanka brand coffee product, objected, and the line was changed to coffee instead. It would be the only time censorship invaded the Twilight Zone.

Otherwise, the filming of this ghost story, similar to the Flying Dutchman tales of old, ran smoothly and proves to be a frightfully accurate portrayal of what many sailors and passengers alike must have certainly felt while traversing the North Atlantic during World War 2. 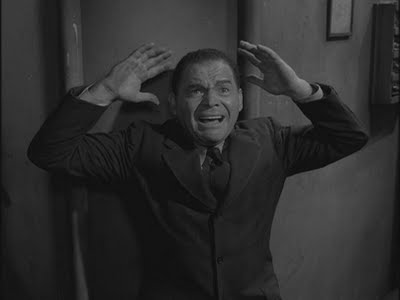 Carl Lanser is a passenger on the fog encased and lost S. S. Queen of Glasgow, with no recollection of how it came to be. After an after dinner meeting with fellow passengers, all the while feeling a sort of Déjà vu and swearing that he has met them before, he retires to his room, where he finds a German Submarine Navel officer’s cap with his name stamped on the inside.

Suddenly, he has an ever increasing fear that the ship is being stalked by a silent killer, a German submarine. Desperately trying to remember his past, he visits the bar for a drink and views the little after midnight wall clock. This triggers a memory that something terrible will occur at 1:15 a.m., but doesn’t know what. He notices that the ship’s engines have stopped, a product of mechanical breakdown, and pleads with an officer to get them back started…that they are sitting ducks.

At precisely 1:15 a.m., a U-Boat surfaces and the crew man the massive deck guns and begin firing on the helpless ship, machine gunning any survivors. With fears realized, Carl looks through a set of binoculars at the U-boat captain and finds that it is he, himself staring back. 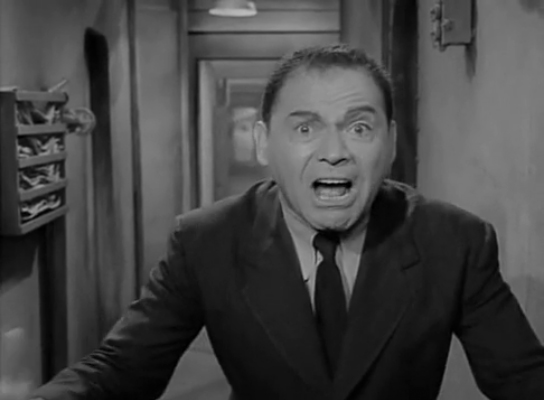 Afterward, on the sub, a clearly distraught Lieutenant Mueller (James Franciscus) is suggesting to Kapitain Carl Lanser that what they have done, killing innocent woman and children, will be the cause of them to be damned for all eternity. Lanser heartily debunks Mueller’s theory.

However, Mueller is right, and Lanser will in fact relive the night over and over…as a frightened passenger aboard the S.S. Glasgow.

Next time – And When the Sky Was Opened