In ‘The Philadelphia Experiment’, a secret government research project tries reviving the World War II “Philadelphia Experiment,” which was an attempt to create a cloaking device to render warships invisible. When the experiment succeeds, it brings back the original ship (the Eldridge) that disappeared during the first test in 1943 – which brings death and destruction to the 21st century. It’s up to the sole survivor (Lea) of the first experiment and his granddaughter (Ullerup) to stop it.

Hey this title should ring a bell. In fact, it was not too long ago that I reviewed a movie by the same name from 1984. The 1984 version, in my opinion, was a great release. This remake (so to speak) was far less than that.

For clarification, it’s really a remake only in title, rather than in story. I actually thought this to be a good move as we really “didn’t” need the 1984 version repeated line for line. “The Philadelphia Experiment” itself is based on real past controversial experiments conducted in the 1940’s. You can read up on this whole event in numerous books based on the subject itself. Though for the sake of this review you only need to know that it was a government military test that experimented with invisibility on ships using very untested technologies (and theories). The theory was comprised of an Einstein principle called “unified theory” using electromagnetic radiation and gravity. Again the keyword here is “theory” and was considered highly dangerous at the time (and well still is). The legend goes that they used this on a naval ship by the name of “The USS Eldridge” and actually achieved the goal with some unfortunate results. The method essentially messed with the atoms of the boat and the men aboard causing many to return (from who knows where) fused with the ship itself. The event has been to this day denied and covered up. If that’s a curiosity, there are numerous documentaries created focused entirely on this.

With that all aside, it’s probably good to know just so you can put the pieces together beforehand. The event was also rumored to have some sort of effect with time travel of which this film (and the 1984 one) does take under its wing. The release is a SyFy movie production (and so because of it) that suffers from some of the usuals that come out of this camp. The lineup has 2 “Sanctuary” veterans, Emilie Ullerup as Molly Gardener, and Ryan Robbins as professor Richard Falkner. Fans of the 1984 movie will also sport a grin when they learn that original veteran from the 1984 release Michael Paré is also included in the cast. His role has been assigned to a bad guy position this round as the FBI strong arm-thug Hagan. 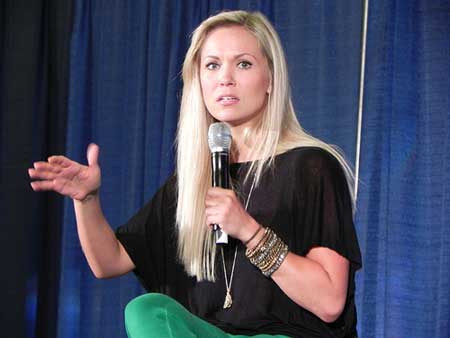 All around it’s a great cast even bringing favorite Malcolm McDowell on as Morton Salinger. To round up the cast of characters we have Richard Falkner who has discovered a way to resurge this 1940’s technology. His work is being closely watched by the government. On open, he has succeeded in creating the field technology necessary to make a car disappear. This event however creates a chain reaction with the past which directly roots itself into the field used back in 1943. From this comes Bill Gardener (Nicholas Lea) and the “USS Eldridge” warping thru a wormhole that brings the past into the present. Bill and the ship begin to appear in the present of which he momentarily steps off causing an ongoing reappearance of the ship. It is explained that his and the ship’s atoms are somehow connected creating a rift within the world. 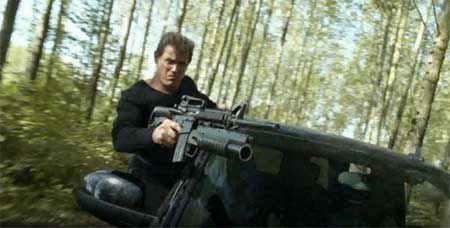 Molly Gardener as Bill’s granddaughter, now an adult, runs a coffee shop and spends her free time hacking computers. Bill gets off the boat while Molly’s fiance steps on, imprisoning Moll’s fiance him while Bill is free to roam about in this new future existence. Katheryn Moore (Gina Holden) takes her orders directly from the higher ups. While the situation grows worse, Katheryn has been instructed to destroy the technology and the ship. Falkner knows that this could create unwelcome chaos, while Morton Salinger, the projects original chief, tries his best to help Bill return to the ship and correct the damage that has already been done. 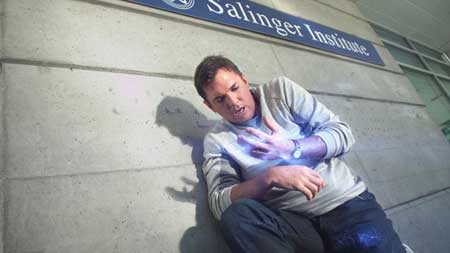 Now hints of this of course mirror some of the aspects of the 1984 film, but missing this round is a love story and the relationship drama between past and present. By all respects, it’s closer to a true science fiction film than the 1984 version. Knowing that, this 2012 version is a colder less personal variation that never gets past its scientific footing. Actress Gina Holden is a bit to pretty for us to truly believe she is a ruthless pawn while Michael Paré is clearly placed in a less warming position. Actress Emilie Ullerup provides the film’s only real embraceable character role that brings heart to an otherwise heartless environment. I do have to add that the closer for this film was a slam dunk. It brings the whole story full circle ending on special note. Directed by Paul Ziller, “The Philadelphia Experiment (2012)” offers a thinking man’s view of what un-welcome technology can introduce. I give it an “ok” score, but nothing that will knock your socks off.