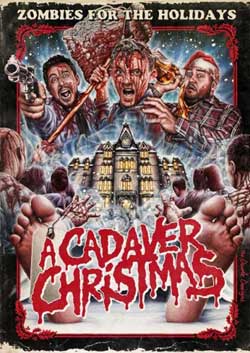 After a bloodied and distraught janitor trudges through a local pub on Christmas Eve, the unlikely pact of the bartender, patron and policeman join forces with him to stop the reanimated army of Cadavers wandering the halls of a nearby university.

Kudos must be given to director Zerull’s holiday themed vision. A Cadaver Christmas is unique by design, a different cut from each the zombie or holiday cloth we’re bombarded with in horror cinema. 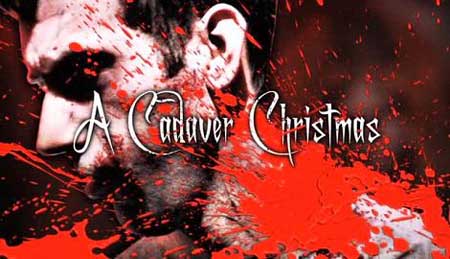 The cinematography techniques utilized are subtle yet ingenious in their own right. Overall the appearance is of a late 70’s or early 80’s reel to reel drive inn classic. With reckless abandon tossed to the wind in terms of editing or post production, it isn’t unusual at all to see varying cigarette burns, dust particles or jumpy vertical hold. It presents a grind house type atmosphere, a classic in the making that has proven effective countless times before, accentuating its authenticity into memorable terror.

Within the first couple of acts the scenes often bounce back and forth between the present and narrative past. It keeps the plot moving at a refreshingly interesting pace, fixating the audience on the screen before them, insatiable for what will be unveiled next. 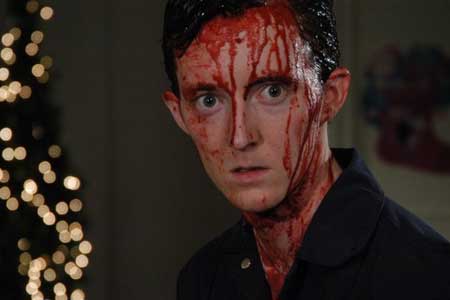 ACC could be classified as a horror comedy. Traditionally it’s a subgenre that is a hit and miss, especially concerning zombies. I would’ve preferred more focus on the horror rather than the hilarity. Many of the jokes were corny, sophomoric and intended more for a post pubescent audience. A lot of the dialogue gets some chuckles here and there but gets tiresome over time. Perhaps to fully appreciate the humour one may have to delve into medicinal paraphernalia. Some of the madcap antics of combating the zombies with plungers, mops and Christmas ornaments will get the occasional chuckle, but overall the humour is intended for a pretty juvenile audience. Some of the dialogue exchanged in heated debate fashion over the origin of the walking dead being labelled as cadavers or zombies is satirical humour at its finest. 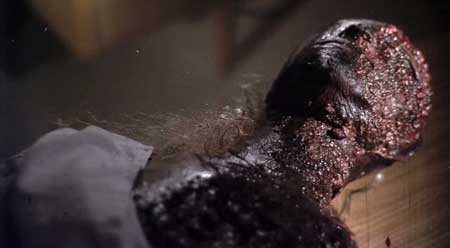 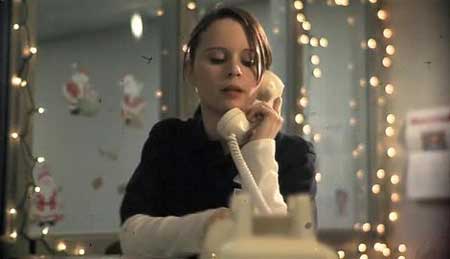 The lead actor/co-writer Daniel Rairdin-Hale, who plays the janitor truly steals the show. His performance is intense. His tenacity almost is absurd in its own in comparison to the other actors. The secondary characters seemed to ooze of independent budgeted film but Hale truly ups the ante in manner that could have made this production an entirely different product if matched with other noteworthy cast. 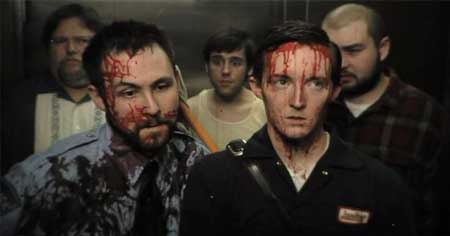 The actress playing Kristen, the security guard, Jessica Denney is cute as a button and will likely appeal to a teenage demographic. We don’t see enough of her however and once again her role if extended could have made much more of a difference.

Special effects and make up create a true gruesome and grisly atmosphere. As each of the cadavers and zombies are slaughtered, each ultimate fall is gorier than the next. The janitor makes interesting work of a student’s desk within the university to plunge one of the legs directly through a roaming cadaver’s heart. Perhaps not exactly for the faint of heart, yet ACC definitely gets points for innovation. 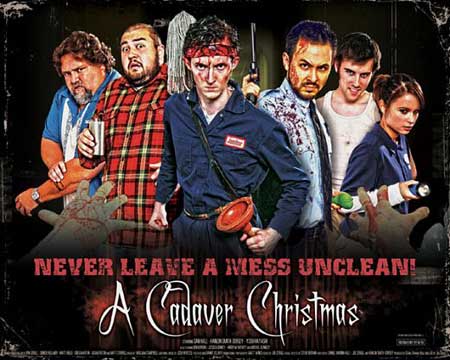 It’s highly unlikely A Christmas Cadaver will replace holiday classics such as Its A Wonderful life or Christmas Vacation or even Silent Night Deadly Night for that matter but it’s worth at least a glimpse for horror buffs bored stiff of their extended family and in laws around the holiday season.