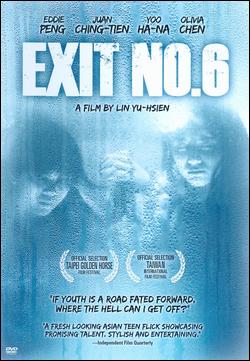 This summer, legendary stuntman Van Dine, seeking his way out of life around “Exit No.6”, involves in a series of mysterious missing events with buddies Vance, Fion, Vivian. During Van Dine’s investigation, all evidence leads to a new Blog “Autumn Leaves Club” The terrifying truth that lies beneath will soon be exposed

It’s only fair to warn you right off the bat—Exit No. 6 is a kind of coming-of-age drama movie that deals with issues and feelings. Love, friendship, conformity, identity; that sort of thing.

If you haven’t already run away screaming, I’ll continue. The hero of the story is the teenage loafer Van Dine, a daydreaming Keanu Reeves clone who appears to make his living by selling p*rno magazines out of a Volkswagen camper van. In his spare time he likes to perform Jackass-style amateur stunts (which usually end in injury) and tries to work his dopey charms on local girl Fion. She is the kind of preppy, repressed ingénue who would never touch him with a ten foot pole if the Sacred Laws of Teen Movie Narrative didn’t prescribe that they should fall hopelessly in love within ninety minutes of screen time.

Fion’s own story is centred on her relationship with her lifelong best friend Vivian, who has jettisoned piano lessons and pigtails for the shady life of… an emo girl. The two have been pitted against each other since birth by their ultra-conservative, ultra-conformist bourgeois parents, like a couple of show ponies, but so far only Vivian has bucked against this enforced competitiveness. Fion’s parents are only ever shown from the neck down, making them quite literally faceless authority figures—the very same trick that was used to portray the humans in Tom and Jerry cartoons. All this is set against a backdrop of glossy, MTV-style visuals and cloying Taiwanese pop music, interspersed with wacky slapstick interludes involving Van Dine and his dreadlocked sidekick, Vance.

Still reading? Then it may come as a surprise after all I’ve said, but Exit No. 6 is a pretty good film, even if whimsical teen dramas aren’t your cup of tea. For one thing, it’s an interesting snapshot of the time in which was made. Considering that was only six years ago, it’s startling how different that world seems, still coasting on the residual positivity of the late nineties and the innocent enthusiasm for a new millennium. The film showcases the global cultural obsessions of the time—Jackass, chatrooms, and these new-fangled things called blogs—and the novel idea that such things could truly be global obsessions for the first time, without the slow osmosis between discrete and fundamentally different cultures. Exit No. 6 has elements in common with more portentous films like Kids, La Haine and City of God, but while the setting is integral to the story in those films, these Taipei kids in this film feel like they might be from any city in the world.

What Exit No. 6 captures most effectively is the joy and recklessness of youth, without ever being as irritating as the vast majority of films that attempt the same thing. It’s very well written, even to the point where the decidedly ropey translation doesn’t set it back too far. The characters are well-drawn, and the actors are all charming in their own way. Eddie Peng, who plays Van Dine, is particularly good. 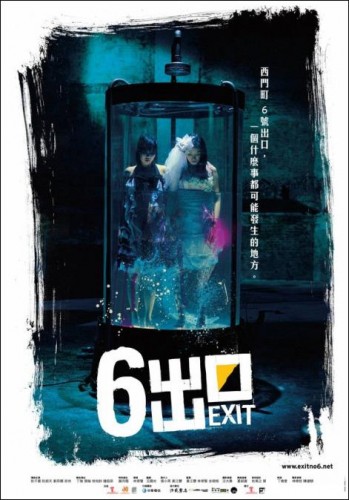 In exploring its own central themes the film rarely misses its targets, though admittedly it doesn’t always strike them with the same force. It does well in depicting the young person’s struggle with conformity, which anyone can identify with, but which carries a particularly deep resonance in the Far East. Exit No. 6 shows this tendency at its most extreme, with Fion’s father trying to force her into a secular arranged marriage with his business partner. But when the film also touches on the ultimate rejection of paternal authority in the form of teenage prostitution, this is skipped over rather too lightly. This would be my main criticism of the film, along with some sudden shifts in tone that don’t quite work, and a sadly fumbled ending that kills the tragedy with a surfeit of sentimentality. Overall, though, Exit No. 6 is a hidden gem. 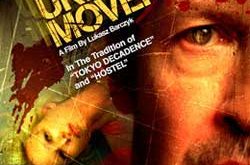