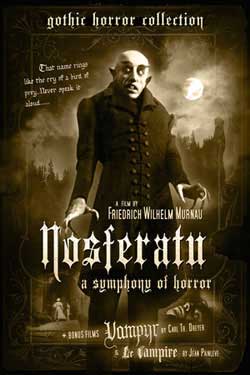 SYNOPSIS:
“Count Orlok moves to Wisburg bringing the plague, which reveals his connection to the realtor Thomas Hutter, and the Count’s obsession with Hutter’s wife, Ellen – the only one with the power to end the evil.” (courtesy IMDB)

REVIEW:
Back in the twenties, German director F.W. Murnau was so impressed with Bram Stoker‘s novel Dracula, he made Nosferatu: A Symphony Of Horror (1922), which remains one of the greatest horror films of all time. The trouble is Murnau didn’t have permission, so he simply changed the character names and locales in the script. Harker became Hutter, Dracula became Orlok, England 1890 became Germany 1830, etc. But when the film was translated for English-speaking audiences, the powers-that-be chose to use Bram Stoker’s original familiar character names, but in the process a few typos occurred, for instance Mina Harker becomes Ellen Hutter becomes Nina Harker, understand? I don’t… 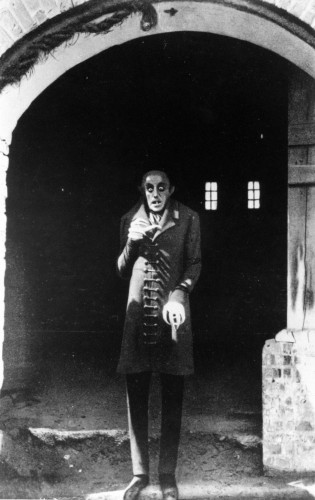 Nosferatu! The name itself is enough to induce an excrement hemorrhage in anyone who watched this movie during their youth, like I did. I mean, those fingernails! He clearly isn’t getting regular manicures. Brrrrr! And Nosferatu had the shaved-head look long before it was trendy. Overall, it’s one fine piece of cinema. Contrary to popular opinion, the word Nosferatu does not mean Vampire, Undead, or anything else like that. The term originally came from the old Slavonic word ‘nosufur-atu’, which itself was derived from the Greek Nosophoros. Nosophoros, in the original Greek, stands for Plague Carrier. This derivation makes sense when one considers that amongst western European nations, vampires were regarded as the carriers of many diseases, such as sexually transmitted diseases, TB, and reality television. 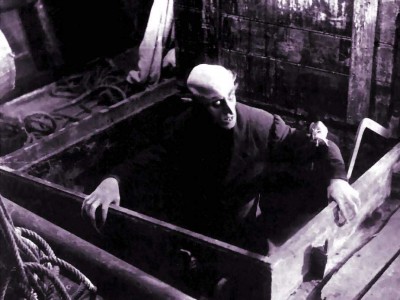 The full title is Nosferatu Eine Symphonie Des Grauens. As you’ve no doubt surmised, Nosferatu was directed by a German. In this case it’s Friedrich Wilhelm Murnau, one of the ‘Big Three’ Weimar republic filmmakers along with Fritz Lang and G.W. Pabst. Murnau’s work often appears on critic’s best film lists and he’s cited as an influence by filmmakers to this day, yet there seems to be little that gives his work and career the notice it deserves. Not surprising, considering his yet to be fashionable lifestyle choices and somewhat suspicious death in a car accident in 1931. 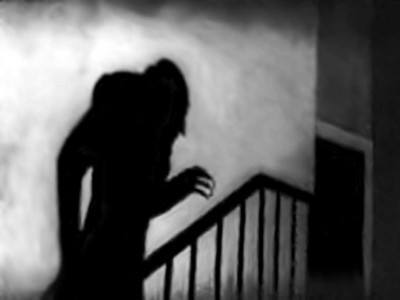 The film stars the aptly named Max Schreck as the vampire. Schreck, in case you weren’t aware of it, is the German word meaning ‘fear’. How cool is that? Schreck was a Stanislovsky method actor, which meant that he immersed himself fully in the character – as well as the unconsecrated soil of Transylvania. He was so effective that some on the set of Nosferatu believed that Schreck might actually be a vampire. This conceit was later used in Shadow Of The Vampire (2000) starring John Malkovich as Murnau and Willem Dafoe as Max Schreck, a vampire pretending to be an actor. 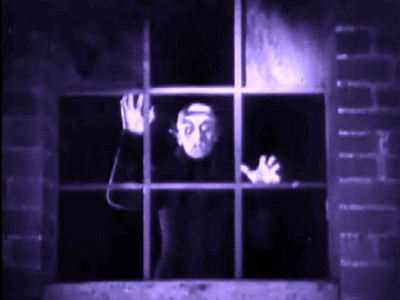 What’s interesting is how the world almost lost the chance to see Nosferatu at all. Unfortunately for production company Prana Films, this unlicensed adaptation of Dracula was too thinly veiled, and Florence Stoker, widow of the late Bram Stoker, sued with the help of lawyers from the British Incorporated Society of Authors. However, Stoker and the BISA weren’t the only people pursuing Prana-Films: Prana was a sinking ship running aground on a financial reef. Just as the BISA sued Prana, it went into receivership and all materials and debts were taken over by the Deutsch-Amerikansch Film Union. The BISA then pursued the Film Union and demanded that all copies of Nosferatu be surrendered. In July 1925, the issue was settled and all known copies of Nosferatu were handed over to Stoker, and destroyed.

Or so Stoker thought. In October of that year, the Film Society in England asked her to endorse a classic film festival, and first on the list was the infamous Nosferatu. Stoker was furious and demanded that the Society give her their copy, but the Film Society refused and legalities followed. By 1928 Universal Pictures owned the screen rights for Dracula, and therefore all adaptations of it, including Nosferatu. Initially, Universal allowed the Film Society to keep the print, but after pressure from Florence Stoker they acquired the print, and it joined its departed kin in 1929. Then came a sudden spurt of American copies of the film under the name Nosferatu the Vampire, but Universal had them all destroyed in 1930. It finally seemed as though this pesky film had met its end. This was not the case though. Following Florence Stoker’s death in 1937, copies of the film started cropping up again, as if the celluloid itself was among the immortal undead.

Nosferatu truly regained its popularity in 1960 due to American television screenings, and in 1972 Blackhawk Films released the uncut original to the collector’s market as Nosferatu The Vampire, which brings us up today. Now, due to it’s availability via the Public Domain, it’s damn near impossible to find a DVD horror collection that doesn’t have a copy of Nosferatu! 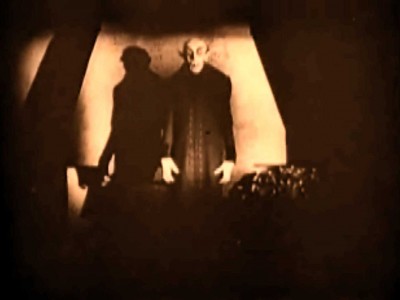 After almost a century, the original Nosferatu is a film that has eventually grown on me. Its frank gruesome quality is a stark contrast to the scratchy clean horror of Universal’s horror films of the thirties and forties, and the completely unromantic treatment of the Count fits well with modern cynicism. Max Schreck’s Orlok is one of the most familiar images in film history, or for that matter in the history of images. Please join me next week on Horror News when I have the opportunity of inflicting a pain beyond pain, an agony so intense it shocks the mind into instant mashed potato! Toodles! 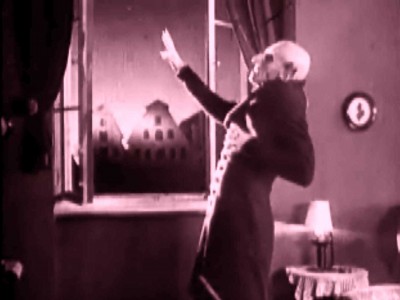