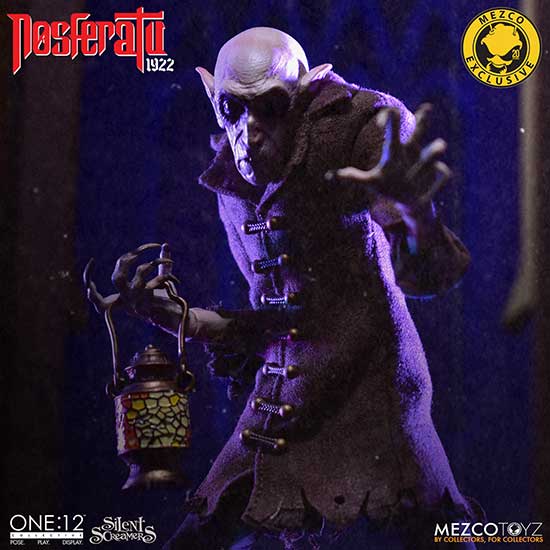 Continuing our 20th anniversary celebrations with a call-back to one of the first figures Mez ever produced, Nosferatu joins the One:12 Collective.

Inspired by the poster art for the 1922 film ‘Nosferatu: A Symphony of Horror’, the original “Count Orlok” figure was sculpted by Stephan Linder. The One:12 Collective Nosferatu is a reimagined tribute to the original figure.

The One:12 Collective Nosferatu includes a lot of accessories inspired by the film that were not part of the original Silent Screamers release, as well as a brand new sculpt by sculptor Chu Ka Wa – a member of our Hong Kong team who worked in collaboration with Mez handling art direction. Nosferatu wears a coat, tights, and leather shoes, as represented in the original movie poster artwork. The infamous vampire features three head portraits capturing his inhuman visage, with long, rat-like fangs and pointed ears.

Nosferatu comes complete with a removable hat, a lantern that he can hold in his nightmare-inducing claw-like hands, a rat-infested coffin and lid that he can lay inside, a set of castle keys on a metal ring, and six rats.

Nosferatu is packaged in a retro-style tin lunchbox with art inspired by the animated cartoons of yesteryear; perfect for those long road trips to the Carpathian mountainsides of Transylvania. 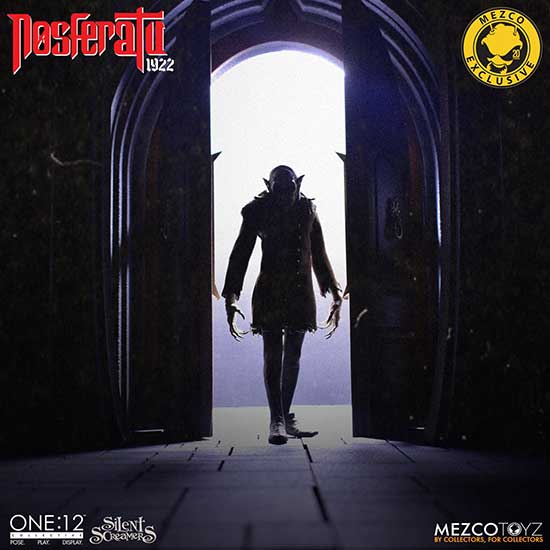 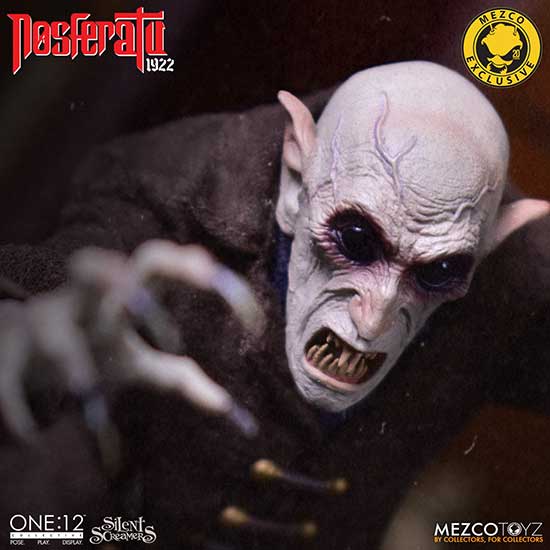 THE ONE:12 COLLECTIVE NOSFERATU FIGURE FEATURES: 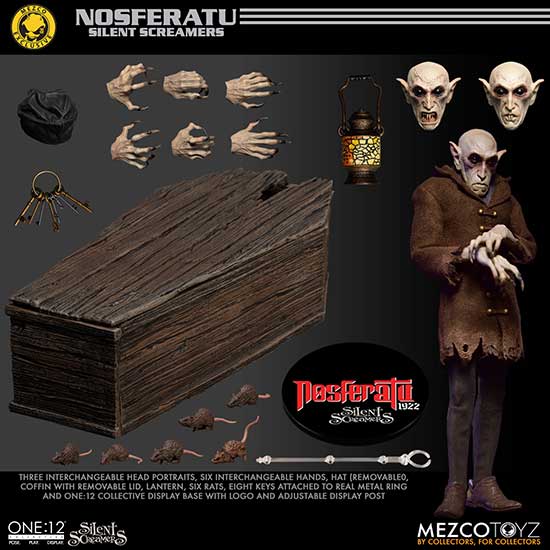 Each One:12 Collective Silent Screamers: Nosferatu figure is packaged in a collector friendly lunchbox tin, designed with collectors in mind.

The One:12 Collective Silent Screamers: Nosferatu Bundle is available to order at mezcotoyz.com/one-12-collective-silent-screamers-nosferatu-bundle. 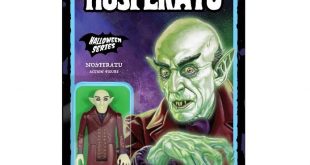 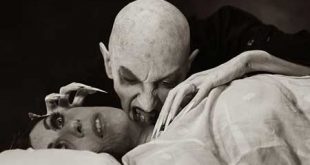