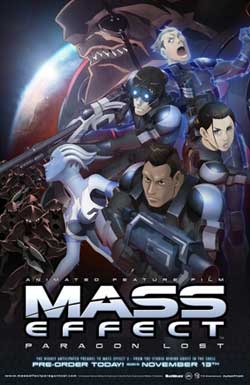 A prequel to Mass Effect 3 following Lieutenant James Vega as he leads his crew to battle against a dangerous force known as The Collectors.

Anyone expecting a review explicating the nuances between the game and the movie will be sorely disappointed. However, what this reviewer deeply lacks in gaming knowledge she makes up for with the ability to decipher decent storytelling, character development and concept.

Have you ever heard a movie is so bad it is good? Normally an expression often overused it seems to be quite fitting for Mass Effect Paragon Lost. The bellowing laughter from the audience at awkward moments and a few chants of “B.S.” might make one wonder if this movie should have been called Mass Defect. 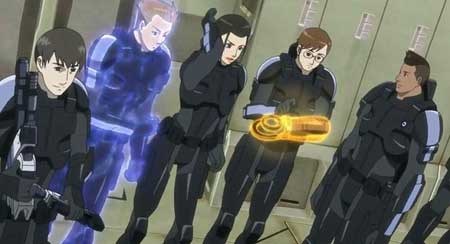 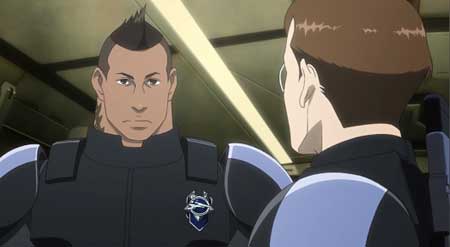 Freddie Prince Jr. reprises the role of Lieutenant James Vega as he defends his squad against a brutal attack by an unknown species known as The Collectors. Vega is the heroic leader who takes his squad into a battle that ultimately forces the lieutenant to contemplate just how much he is willing to sacrifice for the greater good. The concept is not necessarily fresh but ultimately adds a little depth to Vega, a secondary character in the Mass Effect game series.

Atsushi Yakeuchi provides some head scratching direction as the audience watches confusing transitions and quite a few questionable frames of moving walls and floors. Credit must be given for consistency, as the writing also does not transition well. Quite often dialogue will remain unanswered and conversations drastically changes direction coming off completely unnatural. To be fair the sophomoric humor and barrage of sexual innuendos was rather comical, though stereotyping gamers I kept expecting to hear “no homo” after every joke. 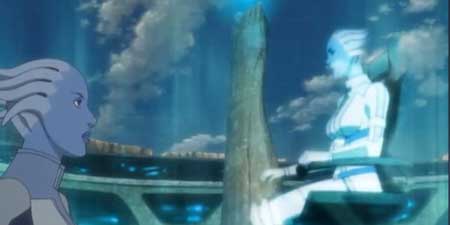 While the writing had its redeeming qualities the same cannot be said for the animation, which missed the mark. When reviewing a movie sans nostalgia of the game it is hard to ignore character development, dialogue, and content, but even hardcore fans of Mass Effect can’t ignore that the animation was subpar. 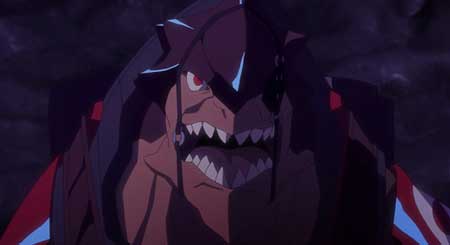 Fans of the game will be very happy to learn that the film stays true to the game.  Each character’s mannerisms, dialect and weaponry are spot on, or so I overheard from some self-described “super fans.” Anyone viewing this movie as an introductory course to Mass Effect might feel a step behind as the characters are quickly introduced and the plot moves along at a nice pace. If you are not familiar with the game it might be a little easy to lose track of the characters, but the plot isn’t complex enough that to totally leave noobs in the dark.

I’m still a little confused as to the demographic the film was intending to hit. The dialogue and direction is a little laughable aiming for a young crowd, but at the same time the language is very sexual and the film does not deny viewers gore. If you are looking to satisfy your bloodlust Mass Effect will not disappoint with a sizeable body count, and plenty of animated blood splatter. 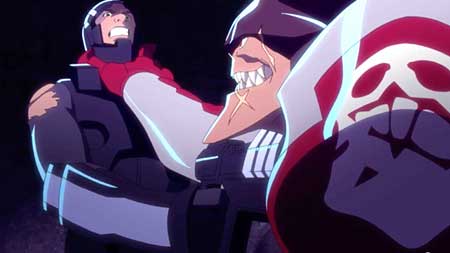 Overall Mass Effect Paragon Lost does manage to accomplish one thing and that is the movie is entertaining, if not for the right reasons. For fans of the game and the younger generation Mass Effect might be a home run, however, for the rest of us it is probably not the best introduction to the series. Will this movie leave an impressionable mark in the gaming or film industry? No, but this reviewer did have a terribly great experience viewing Mass Effect, and after all isn’t that what it is all about?

Hardcore fans will be able to buy the film on DVD or Blu-ray December 28, 2012, while everyone else interested should view this movie streaming online preferably while moderately loaded and in the company of a witty friend. 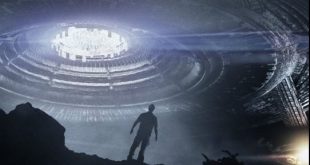