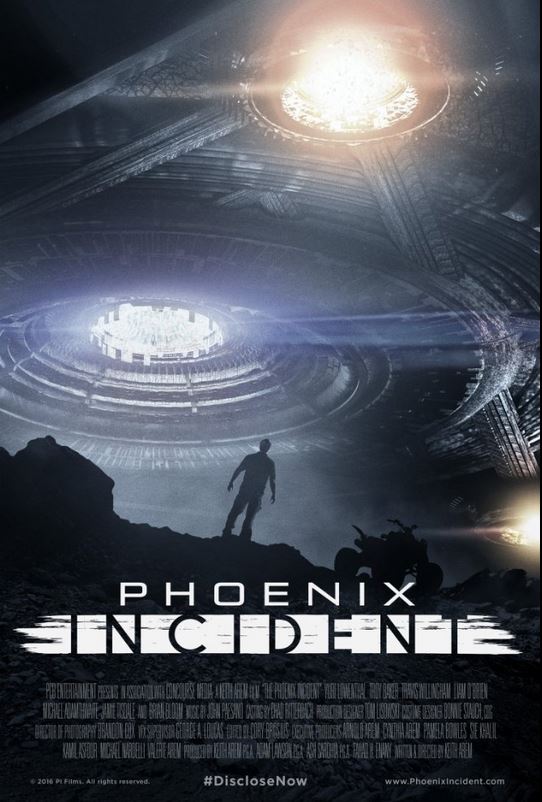 Blurring the line between fiction and reality, the fact-based, sci-fi thriller revolves around a military conspiracy and the controversial missing persons case surrounding the infamous Phoenix Lights.

There is an awful lot to like about the new paranoid sci-fi/horror flick The Phoenix Incident.

Presented as an explosive documentary that blows the lid off the government conspiracy surrounding the infamous Phoenix Lights episode, The Phoenix Incident focuses on the disappearance of four Arizona adventurers whose night in the desert on March 13, 1997, landed them smack-dab in the middle of a clash between the U.S. military and alien intruders. 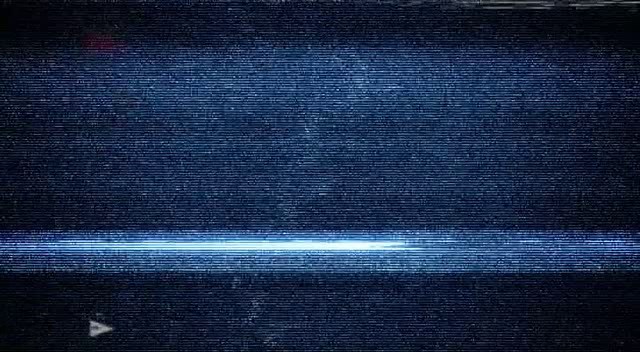 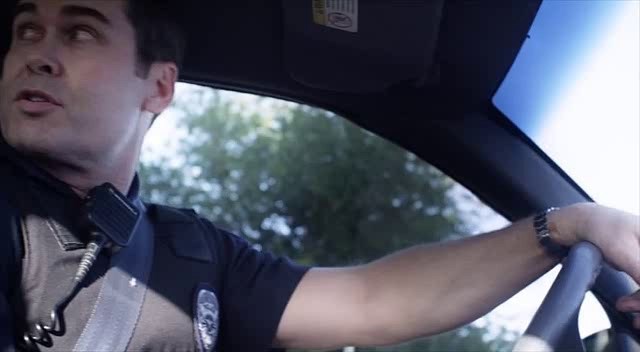 For those unfamiliar, the real-life Phoenix Lights was the most-witnessed UFO sighting in U.S. history, a night when thousands of people reported unexplained sightings in the skies above Phoenix, Arizona, and Sonora, Mexico. Though government officials explained away the occurrence as military aircraft dropping flares in the night, witnesses from all walks of life—including then-Governor of Arizona Fife Symington—maintained for years afterward that what they had seen was alien in origin.

According to the events depicted in The Phoenix Incident, some witnesses to that 1997 episode observed an actual confrontation between U.S. Airforce fighter jets and an alien aircraft, while others saw a mysterious display of lights orchestrated by the military as a distraction from the actual events. In the film’s mythology, four daredevil buddies—Glenn Lauder (Yuri Lowenthal), Mitch Adams (Travis Willingham), Ryan Stone (Troy Baker), and Jacob Reynolds (Liam O’Brien)—on an ATV expedition at the base of the Sierra Estrella mountain range found themselves trapped beneath that battle in the sky; and when the alien craft was shot down and crashed into the desert, the four friends went to investigate…and were never seen again. 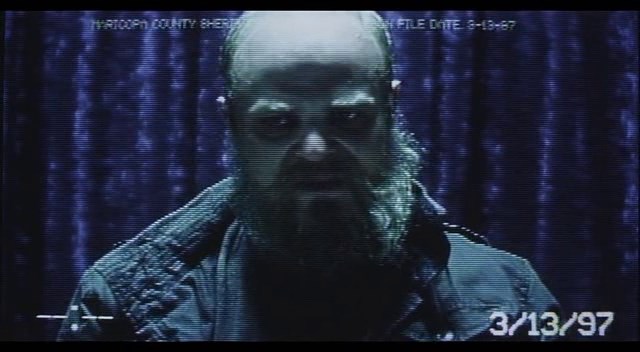 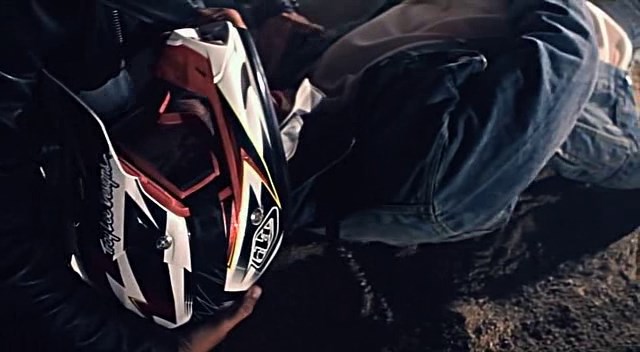 The Phoenix Incident pretends to be—and, in fact, actually claims to be by its filmmakers, if you believe its IMDB page—a documentary film built around newly-discovered home video footage of the friends’ desert expedition, archival news footage, never-before-seen secret military footage, and interviews with key players in the incident, including a semi-anonymous military figure who chain-smokes his way through a behind-the-scenes tick-tock of the night of the incident.

From a filmmaking perspective, The Phoenix Incident—though barely long enough, and perhaps not even, to be considered a feature-length film—is an admirable endeavor.

Writer/director Keith Arem, who has worked two-plus decades in the game industry but makes his film debut here, brings the kinetic energy and graphic panache of a next gen video game to his visual design of The Phoenix Incident. His fast-paced and seamless blending of actual archival footage with both real and staged interviews, “recovered” footage from ground zero of the incident, and various other sources works well and gives the impression of an actual documentary film. 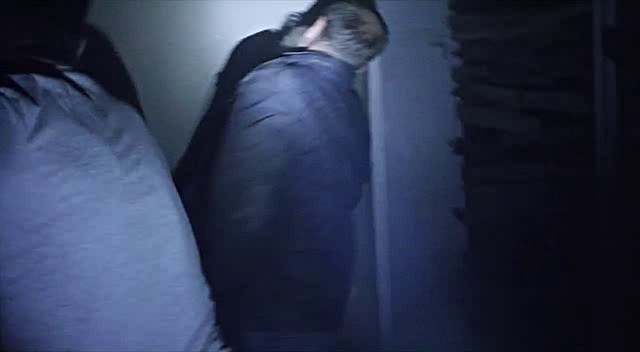 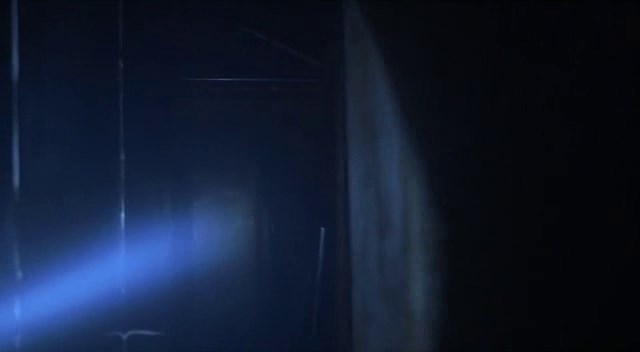 Though the characters—even with significant attention given to their backstory and mournful testimonials from family and friends—come up as wholly one-dimensional and unengaging, everything visual about the film fires on all cylinders and demonstrates a real flare for filmmaking by Arem and his team.

The final extended sequence, especially, in which the four doomed friends are stalked and hunted by the monstrous survivors of the downed alien spacecraft, is masterfully executed. And when the otherworldly creatures, which themselves are well-designed and “revealed” as the film reaches its crescendo, actually go in for the kill, the filmmakers handle those critical scenes with real creativity and visual flair.

The only real bone to be picked with the construction of The Phoenix Incident is the clear struggle of the filmmakers to stretch the running time out to 78 minutes…more than 10% of which is the closing credits. The result, even with the rat-a-tat-tat editing and dynamic visual approach, is a film that drags substantially in its first half, overdoes it with the least interesting elements of its “found footage”, and really doesn’t get the blood pumping until the final half hour or so. 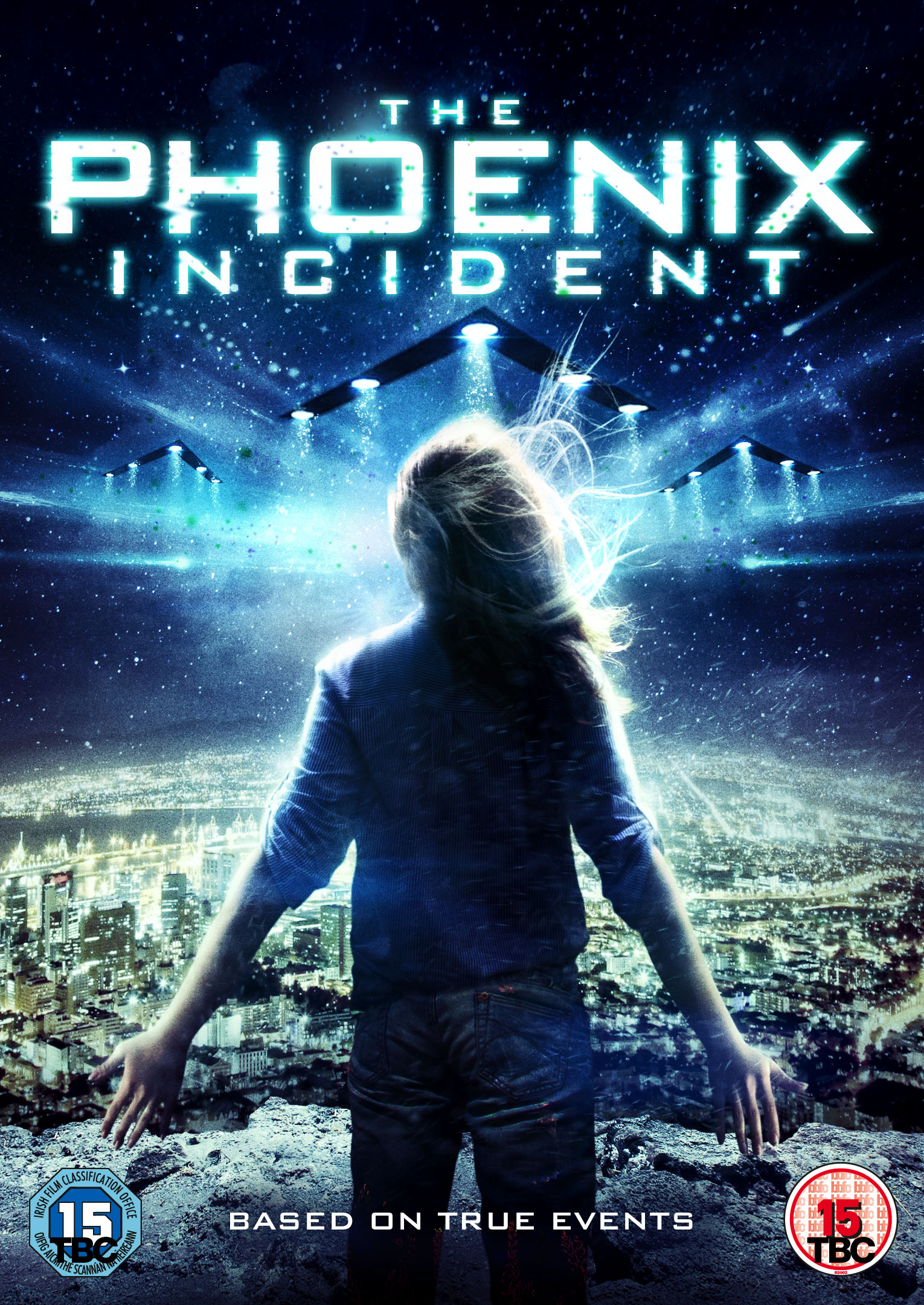 The film’s overall quality, though, well overshadows its difficulties, and on balance Arem and his team have delivered an original, engaging horror/sci-fi thrill that succeeds far more than it stumbles. Simply put, it’s a very, very good film.

As a cultural artifact, however, The Phoenix Incident raises some interesting and potentially concerning questions about the responsibility of filmmakers to their audience and the slippery slope that is the claim “Based on Actual Events”. It’s worth noting here, especially, that there is a chasm of difference between taking a documentary-style approach to a film and presenting the film itself as a documentary. And to be clear—despite the use of some actual archival footage and archival interviews from actual officials and personalities (Governor Symigton, Arizona Senator John McCain, and others)—The Phoenix Incident is most certainly not a documentary.

It is important to point that out, because The Phoenix Incident not only lists itself as “Documentary, Biography, Sci-Fi” on its official IMDB page, but its team has also woven an intricate and complex web of documentation of its claims that it dispatched into the universe—primarily through the internet—for several years prior to the release of the film. Using various—by some accounts upwards of twenty!—fake websites, social media accounts, and blogs, the filmmakers spun the mythology of their vision, established seemingly-authentic biographies for their fictional characters, and left a trail of so-call “digital breadcrumbs” leading to the sinister government conspiracy ultimately uncovered in the film. Their efforts were so extensive and authentic that it led to an investigation of the filmmakers by the U.S. Department of Justice, and several news outlets worldwide carried their fabricated claims as news.

As a marketing effort, it borders on brilliant.

But in a world in which fake news, agenda-driven misinformation, and rejection of the concept of “objective truth” have so dramatically impacted cultural perceptions and quite possibly political reality, it is fair to question the virtue of misleading an audience in pursuit of increased artistic effect and financial success. 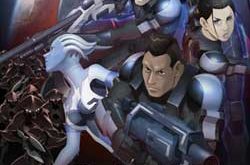