tells the story of a group of teenage delinquents who contract a deadly virus after being ordered to a remote camp for rehabilitation. Compared to Eli Roth’s Cabin Fever and Michal J Bassett’s Wilderness, BAD MEAT trades in all manner of bodily fluids, puking perverts, a graphic dog dissection, amateur stomach-pumping, chewed body-parts and ripped-off genitals.

I love summer camp movies. Friday the 13th, Sleepaway Camp, Cheerleader Camp, you name it, I’ll be there. So when I found that I would be reviewing Bad Meat, another entry into the camp subgenre, I had high expectations.

And from reading the premise I had good reason. Troubled teens are sent to a disciplinary camp to get straightened out, the ol’ tough love approach. Too bad the camp counselors ingest some bad meat at dinner and turn into zombies, leaving the kids to fight for their very survival. Pretty original spin, I think. Too bad the movie misses the mark more often than it hits.

And I’ll be honest, when it misses it misses huge. From what I’ve read the whole production was rather tumultuous and the film was more or less pieced together, partly due to entire sequences missing from the film. I know what you’re thinking. How could they possibly release what is ultimately an unfinished product? 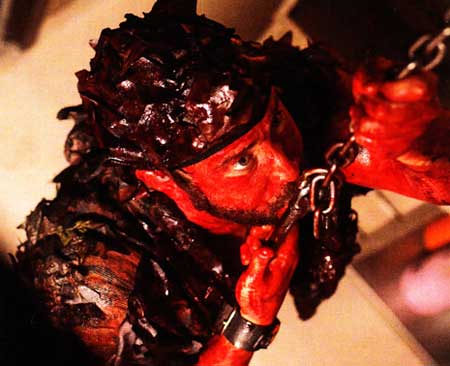 Well, you do have some prominent names in this, most notably Elisabeth Harnois (who is now on the CBS show CSI). Dave Franco is the younger brother of James Franco. And to be fair when the movie does do things right it can be a very entertaining watch. The problem is you are left wondering what if. I just hope that when this is released to DVD in February that somehow, someway it is the entire film as it was meant to be. If not, consider yourself warned. 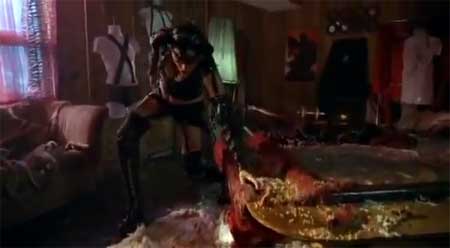 The movie starts off promising enough. First we see a young person in a hospital bed, wrapped completely from head to toe in bandages, save for the eyes. A computer with keyboard is brought in so that this person may type out their horrifying ordeal.

Cut to troubled teenagers at their first day of camp, appropriately named Camp Hardway. They’re here because they are troublemakers, at least in the eyes of their parents. And in true horror movie fashion, the camp is run by your predictable Nazi-loving, sex fetish-loving, torture-loving psychos. Sounds great, doesn’t it? 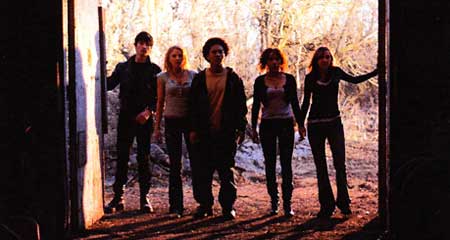 Needless to say the teens find this less than a wonderful place. They get into scuffles with the staff and with each other. But after some bad meat is served to the staff at dinner, the kids are going to find themselves in the fight of their lives.

Bad Meat is one odd film. For one thing the director has a strange fascination with butts, and not the naked variety. I swear it seems like they’re the main focus for the first half of the film. And not just the girls, either. Guys get in some butt shots, too. Oddly amusing.

The blood and gore is more than plenty to satisfy the gorehounds out there. You’ve got all types of guts spilling, people vomiting and animal dissection. At times it does go over the top but somehow still manages to fit in with the spirit of the film. Which, truth be told, can be pretty disgusting at times. 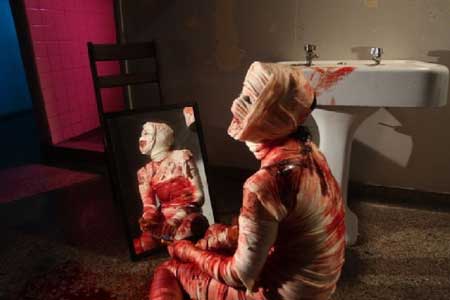 The acting in the movie is actually pretty darn good. The teens all play their respective stereotypes well, with a few surprises thrown in for good measure. Who’d guess they would borrow a bit from the classic eighties movie The Breakfast Club?

If I were to choose one word to sum up Bad Meat, at least this version I saw (again, I hope this isn’t the true DVD version), it would have to be frustration. Frustration at what could have been. As mentioned above, there are some really great moments here. Yes, even the bizarre and weird ones, and there’s a few of those. 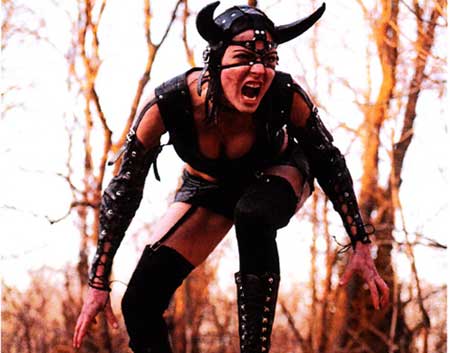 I have to say that in the end I can’t recommend seeing this film unless you can get it on cheap rental. For the good parts that are here it’s worth a couple of bucks but the lack of any strong coherency and lack of final polish will leave many dissatisfied. Unfortunately there’s just too much of it going on here.