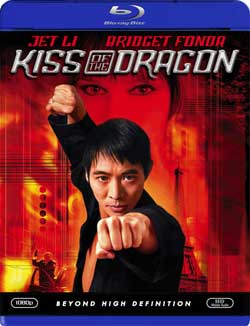 A betrayed intelligence officer enlists the aid of a prostitute to prove his innocence from a deadly conspiracy while returning a favor to her.

“Kiss The Dragon” is a 2001 martial arts release featuring the amazing talents of actor Jet Li. It was a first Jet Li experience for me which quickly led to instant fascination in his work. While it is true that not every Jet Li film is worth mentioning, there are many that are. “Kiss the Draon” is one of them, and one of my favorites for that matter. The film features plenty of acting / fighting scenes where Mr. Li’s skills were highlighted to an eager audience (that hungered for the next Bruce Li). We of course have many films under the Jackie Chan collective that provide this, but none with the kind of seriousness and conviction that Jet Li presented. For me, at the time, it was a great day.. I had found a reason to pursue martial arts film collecting again.

Those who were already educated into the Jet Li trend had quite an exiting beginning with the “Once Upon A Time In China” series. This release turned away from traditional Chinese martial style films by presenting something that could be digested by a wider US audience. To spice it up and give it diversity, it featured co star Bridget Fonda playing an American hooker Jessica Kamen and French actor Tchéky Karyo as the corrupt antagonist Inspector Jean-Pierre Richard.

Liu Siu-jian (Jet Li) arrives in Paris under Chinese intelligence to seek out and capture the Chinese heroine mobster Mr. Big (Ric Young). Upon arriving, he is introduced to Jean-Pierre Richard and his gang who are also assisting in this apprehension. Liu Siu-jian begins to believe that they are working together on this and forms an alliance with the group. When 2 prostitutes are called in, Jessica and Aja (Laurence Ashley), they are assigned to Mr. Big as a welcome gift. Though Aja quickly murders him in cold blood during sex with a pair of hair needles. Jessica who was still preparing herself in the restroom, is unaware of all the commotion that has occurred in the hotel room…. as a all out war of mobsters breaks out.

Liu who is now being called “Johnny”, due to Richard not being able to pronounce his real name, is pinned as a scapegoat for the murder of Mr. big, so that Richard came pass the blame and continue his rather seedy and corrupt dealings. Liu seizes a tape that shows Richard injecting the final murder blow which sets off a whole city manhunt for Liu. Liu barely gets away, but not before kicking the crap out of everyone with speed so fast it was reported that Li had to slow down his moves for camera. Its quite a feast and a representation to Jet Li’s enormous talent. 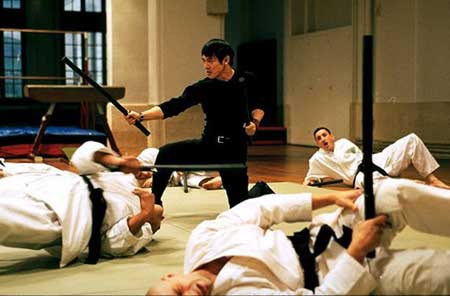 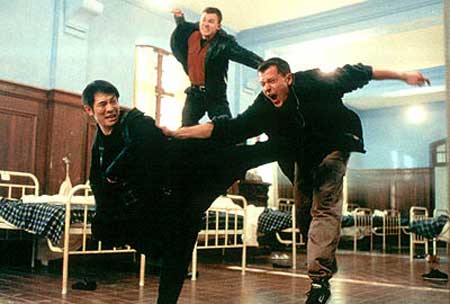 As Liu takes temporary residence with a local China man (sleeper) who has provided cover for previous Chinese intelligence agents, Liu becomes acquainted with Jessica who is ordered back out to the street to work for Richard. Bridget Fonda, provides that human touch that the film needs lacing it with a humor that makes up for this tragic situation she is in. Her daughter is being held at an orphanage until Richard decides that he is done with the 2 of them. Meanwhile Jessica is forced to into prostitution with the threat of her daughter’s life and freedom at stake. 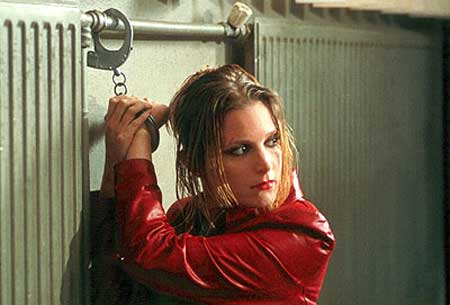 Regardless, it’s important to point out that this French film is quite a nice mix of interwoven cultures. Jet Li gets plenty of chances to show off his moves which culminate into a bigger, badder selection of bad guys to fight against (as it nears the movie’s final act). In some respects, it almost feels like video game play, but is cleverly kept at bay with the humanity of Jessica’s ordeal. The title “Kiss of the Dragon” refers to a acu-puncture technique using the precise placement of pins into a victim’s neck. This “pins” technique is used through out the movie for various reasons by Liu to subdue, paralyze, or even put to sleep his subjects based on need of the moment. 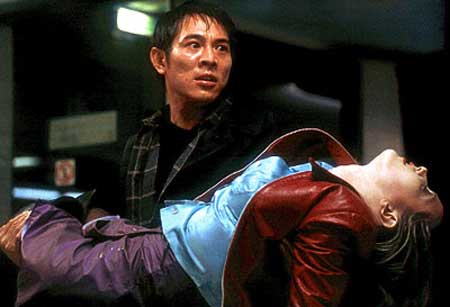 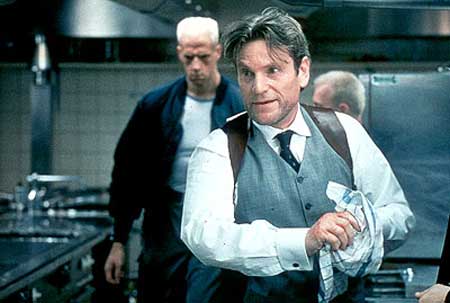 “Kiss of the Dragon” is a Jet Li must see, and hands down… one of his greatest films. I can’t get enough of this Li offering, and predict you won’t either