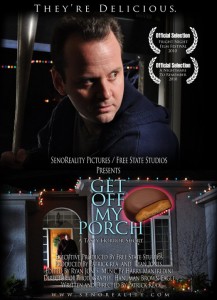 A man is terrorized by Girl Scouts selling ‘delicious’ cookies.

Mixing horror with comedy can often have disastrous consequences if not done well, yet Get Off My Porch managed to pull this off with ease! Ok, so it’s not exactly the scariest short film out there, but I liked the quirkiness of it and thought that it managed to be both memorable and innovative at the same time – priceless qualities when trying to make a name for yourself in the film industry. And besides, who needs films to take themselves so seriously all the time? If you love what you do, it’s bound to come across in the films that you make, and I could see that instantly in Get Off My Porch.

With a sneaky Terminator reference (intentional or unintentional, I don’t care) of ‘I’ll be back’ (though this time spoken by an ‘innocent’ young girl as opposed to a hefty action man), I found the whole film a very enjoyable watch. The madness of it, the complete tongue-in-cheek storyline and the solid acting were all something I felt was very charming and even ‘family friendly’ in a sense. But don’t let this put off any hardcore horror fans, because even though Get Off My Porch doesn’t having any salivating monsters or flesh eating zombies, there is still a disturbing element to this film. This is mainly because it turns something as harmless as little girls selling cookies into a truly frightening experience, and I think this is a very impressive feat in itself!

In a similar vein to Village of the Damned or even The Omen, Get Off My Porch tells the story of two adorable looking girl scouts who are determined to sell their cookies around the neighbourhood. They will stop at nothing to ‘convert’ you to love their cookies and will simply not take no for an answer! It’s amazing how sinister two little girls can be, especially when grinning inanely the whole time. I actually found the whole thing surprisingly unsettling. There’s just something about using children as the antagonists of horror films that works to frighten people in a different way – it’s jarring and confusing for us to see. Something that cute must be good, right? Wrong. Because these girls are only after one thing, and that’s world domination. And trust me, you can only resist them for so long.

Get Off My Porch is shot very well and is oozing with professionalism. The scenes all flow into one another, not distracting the audience with unnecessary cuts and awkward angles. If anything, the simplicity of it is what works the best. I highly recommend to anyone to give this one a watch, it’s such a fun little film that you won’t regret it. Perhaps it’ll make you think twice about buying cookies from girl scouts, but other than that, you won’t become too traumatised by it. Check out Get Off My Porch if you like your horror to be taken not too seriously! 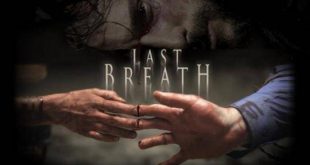 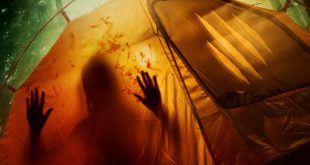 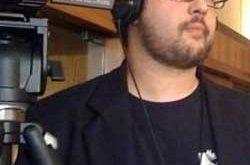 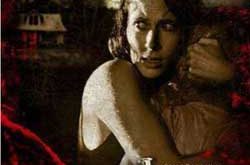