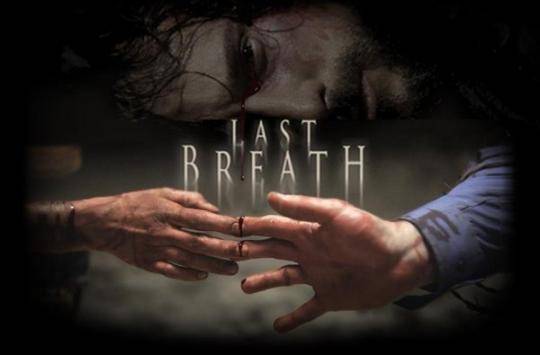 Michael (Ty Jones) and Tina (Mandy Bannon) Johnson are struggling through a strained marriage and a life that is falling apart. They are on the verge of making horrible mistakes that will forever shape the rest of their lives and ruin the life of their young son, Caleb (Alex Neustaedter) Then the unthinkable happens and they are abducted by a dark, mysterious killer (Aaron Lane) who challenges their decisions and morals placing them in elaborate and deadly traps. The estranged couple must rediscover their purpose and their love for one another to survive the night or they will find themselves taking their…last breath.

Last Breath is a low budget horror film along the lines of Saw, sharing the similarity of a killer who places his victims in traps that challenge their vices, morals and life choices. Ty Jones’ script attempts to bring the emotion a little tighter into focus and keeps the victims down to the Johnson husband and wife. Once the drama begins, supporting characters (the son and the seductive secretary) fall away leaving only the mysterious killer and his victims. The film is very much a “who is this person” and “why is he doing this” approach to the slasher film. To its credit, the script attempts to have its lead characters grow and mature throughout the process of being victimized and it tries to give the killer a hint of sympathy. The actors do a better than expected job at handling the material but Aaron Lane’s “Dark Figure” is too underdeveloped and confusing. The script is ambitious in its subject matter and its lofty emotional goals but the result is not as successful as the film’s intent. 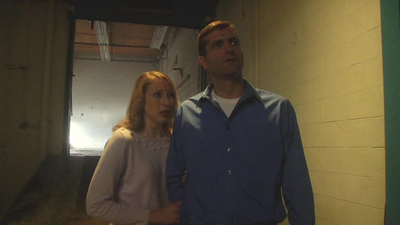 Director Ty Jones’ film sets up its characters quickly and decisively. The Johnson’s are in a bad marriage and their bonds are strained to the breaking point. They are taking their frustrations out on each other, their friends and their son. The “Dark Figure” steps in to set them straight in horrific and sadistic ways. The idea behind the couples dark journey is interesting but they are not provided with enough redeeming characteristics initially to feel for their dilemma. This is a bit of a problem as it’s hard to sympathize with them and root for their survival beyond the basics of human survival – there’s little emotion to support them. Thankfully over the course of the film, they do begin to grow and they begin to see the error in their ways. They earn their redemption. The “Dark Figure” begins the film a little too confusing to understand his purpose; its feels too random. By then end, it’s all made clear (or, at least, clearer) but getting there is sometimes as challenging as the traps and challenges the cast must endure. 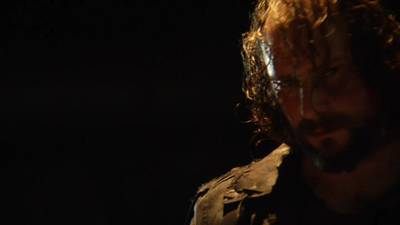 The traps themselves are a bit of the problem as well. They are very odd even if they remain effective. The meaning behind them is lost until the final reveal. The intent behind these traps is interesting but without that knowledge beforehand their construction is unclear which makes the traps a bit silly and muddled. They’re not outrageous enough to hold tension on the traps construct alone; it’s the meaning behind them (as revealed during the final act) that makes their purpose meaningful, with emotional weight. 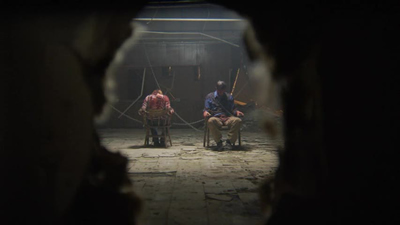 The film is structured in a way that makes it its own worse enemy. There are some serious flaws in the structure that the script dictates. There are key elements that are withheld (on purpose) until the twist reveal at the end – elements that are provided too late. The twist itself is rather transparent once the “Dark Figure” begins to interact with the Johnson couple but is still nicely kept from full realization until the twist. This is both a benefit and a hindrance to the success of the film. It wastes the inherent emotional beats and inner conflicts that would have been present if the reveal was provided much earlier in the story. The filmmakers get a little too caught up in the twist at the expense of the narrative. 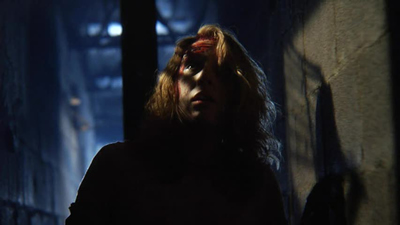 Last Breath is an interesting and creative take on the modern slasher film where the killer relies on traps and challenges instead of straight up weapons and force. While the premise is ambitious and clever, the killer is a little too underdeveloped and undefined to provide the suspense and terror the film is looking for. The lead characters are given ample screen time to develop their characters more then the typical slasher film, but they lack any sympathetic characteristics to engage the audience to their plight. They start out a little too deserving with no hope of redemption. The traps are too constrained by the low budget to be as effective as the script intends and the ambiguous origins of the traps’ meaning makes them a little silly at first. The twist ending does its best to tidy things up and is a clever way of approaching this kind of character and film; however, it’s a little to late to make a difference, leaving a feeling of complacency instead of inspiration. Last Breath is worth a look for the curious and is better than it should be but the level of success depends on how much the viewer enjoys the twist ending and the implications more than what actually makes it to the screen. 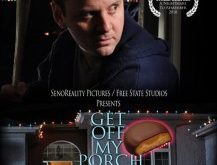