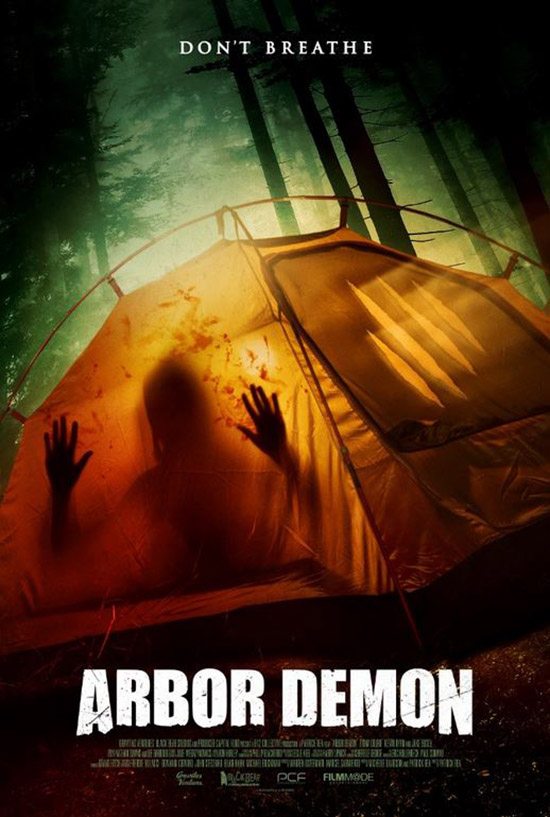 An adventurous woman with a secret from her husband insists the couple go camping to reconnect. Something in the woods wipes out a group of hunters nearby, preventing the couple from leaving their tent. Secrets and supernatural stories come to light, and they must determine if the real threat is inside or outside their enclosure.

At some point, it’s really fair to ask: why would anyone ever go camping ever again?

It’s dirty. There’s no bathroom. Not a single Dunkin Donuts anywhere in sight. Forget showering in the morning. The bugs can crawl right into your mouth mid-snore. Oh, and on top of it all, there is all manner of criminal and creature waiting to murder you in the dark of the night.

It might be a werewolf interrupting your moonlit sexcapades. It might be a masked stalker chasing you through the mud and the murk. It might be feral pack of homicidal hillbillies ready to feast on your flesh. Bigfoot. Clowns. Predator aliens. Bats. Piranha. Or sometimes—just sometimes—there might be a kooky, crazy Arbor Demon waiting for you in the woods. 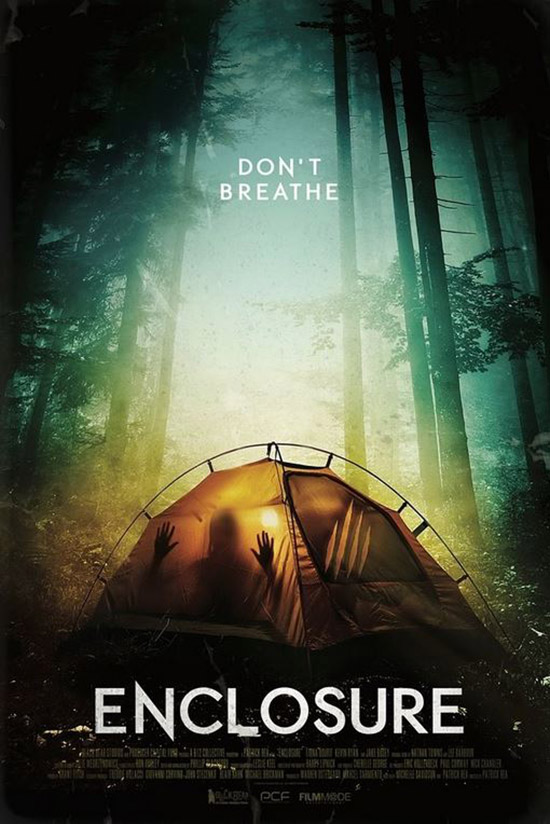 With his latest effort, Arbor Demon, prolific writer/director Patrick Rea plants the seeds of quality horror with an intriguing pseudo-mythological concept, waters and nourishes them with effective performances and interesting visual storytelling, but then allows the horror to wilt and die on the vine in a clunky and misguided third act finale. 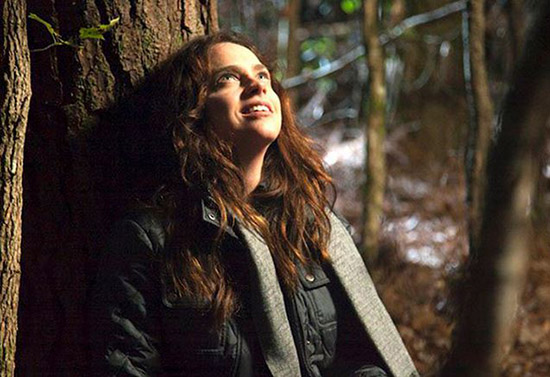 Dana (Fiona Dourif) and Charles (Kevin Ryan) are at a crossroads in their young marriage. Dana is newly-pregnant with a baby that Charles doesn’t know about; and Charles is about to leave for upwards of six months on a tour with his rock band, leaving Dana behind. There is mounting tension between them, and they have decided to unplug for a weekend camping get away. “Disconnect to re-connect,” they quip, and off they go. Once in the isolated woodland, however, their blissful seclusion is interrupted first by a group of rambunctious, drunken hunters, and then later by some sort of mysterious, otherworldly creature that appears to have beef with any human who wanders into the woods. First the thing attacks the hunters, one of whom—Sean (Jake Busey)—gets dragged to safety by Charles. And then, from there, it is just the three of them against the unseen thing in the darkness. But when neither Sean nor their tormentor turn out to be exactly what they appear to be, Dana and Charles must confront not only the malevolent force that is stalking them, but also the malignant rift that has opened in their relationship. 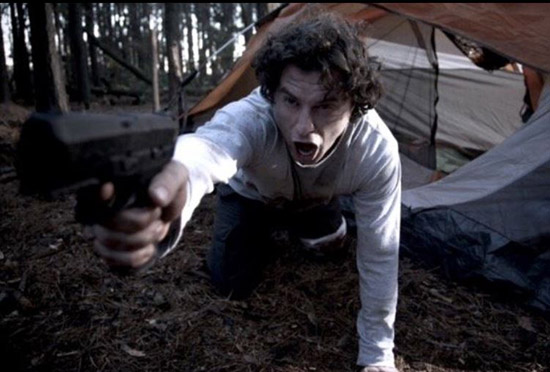 Arbor Demon benefits significantly from the quality of its performances. Fiona Dourif and Kevin Ryan are both experienced, skilled actors, and they both— Dourif, especially—create three-dimensional characters whose actions and reactions are motivated and largely understandable. It is Jake Busey, however, whose performance lends all the edge and unease to the three-way conflict. Though Busey does not bring the wild-eyed mania of some of his most creepily effective early performances (The Frighteners, Identity), he does maintain a consistent air of acerbic, menacing mockery that keeps Dana and Charles agitated and rightfully paranoid. He clearly knows something that he isn’t telling them, not only about what it is that is waiting for them in the night but also about why it is out there.

For much of Arbor Demon, the action of the film is limited to the restricting confines of a small tent in the woods, where Dana, Charles, and Sean huddle together trying to figure out a survival plan. The suffocating claustrophobia of the situation, the lurking danger just beyond the flimsy fabric of the tent, and the simmering conflict about to boil over between the three of them work effectively together to build tension, suspense, and anticipation toward an expected explosive finale. 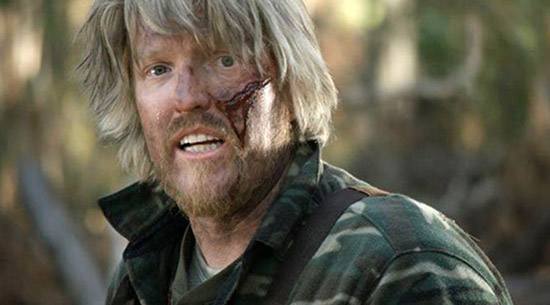 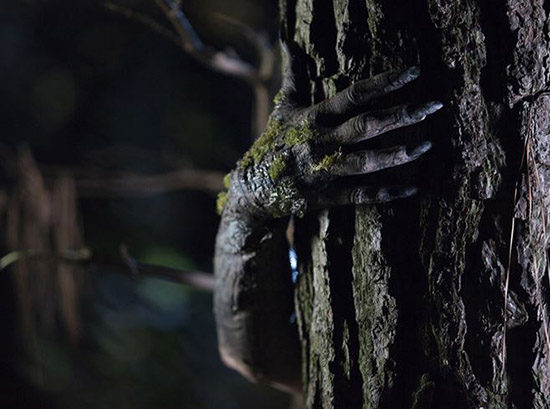 Where Arbor Demon comes off the rails, though, is at that finale, where it misfires badly by trying to be too cute by half. Though the creature design is actually pretty interesting and original, it isn’t particularly scary, and once the proverbial “thing behind the door” comes into plain sight for the first time, the horror of Arbor Demon dissipates like so many dry leaves on a windy day. 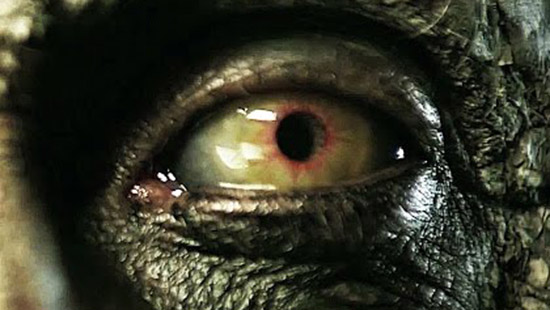 In some regards, Arbor Demon is quite ambitious, and Patrick Rea deserves full credit for attempting something beyond your average paint-by-the-numbers terror-in-the-woods flick. That he doesn’t quite pull it off in the end, however, doesn’t undermine the impact of the parts that do work, which ultimately leaves Arbor Demon a flawed but interesting creature feature that horror fans are likely to enjoy.