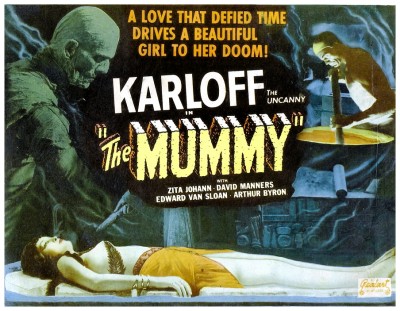 “In 1921 a team of British archaeologists led by Sir Joseph Whemple uncovers the 3700-year-old mummy of Imhotep. When one young archaeologist opens the scroll of Thoth, he goes delirious and the Mummy comes to life. Ten years later Sir Joseph returns with his son Frank. Unknown to them, the Mummy now exists as the mysterious Egyptian, Ardath Bay, who helps the expedition uncover the tomb of his ancient love. He then uses his mystic powers mesmerize the reincarnation of his lost love in the form of Helen Grosvenor. When Sir Joseph interferes he mysteriously dies. Frank Whemple, with the help of Doctor Muller, attempts to discover the key to Ardath Bay’s powers and get Helen back.” (courtesy IMDB)

With the release of the Universal Studios films Dracula (1931) and Frankenstein (1931), the rest of Hollywood became increasingly excited about the horror genre – the boom had begun. The years 1930 to 1936 proved to be a golden age for the Hollywood Gothic. In addition to the above titles we also had The Island Of Lost Souls (1932), Doctor X (1932), The Invisible Man (1933), Mad Love (1935), The Werewolf Of London (1935) and The Devil Doll (1936). Universal’s follow-up to Frankenstein, The Mummy (1932) with monster-maestro Boris Karloff in the title role proved, after a while, extremely influential and much imitated – though seldom well.

The original version of The Mummy may not be action-packed or as lavish as the 1999 Stephen Sommers remake, but the 1932 effort certainly deserves a place in the Universal Studios pantheon of timeless horror icons – but only just. Karloff again manages to bring to the screen an air of mesmerising eeriness and the effortless quality of captivating the viewer in his portrayal of Imhotep who, centuries before, was entombed alive for trying to steal the sacred scroll of Thoth to revive the dead princess he loved. Presently, his tomb is now uncovered during an archeological excavation. Imhotep is accidentally revived and escapes, and later puts a spell on a young woman (Zita Johann) who is a lookalike for his long-dead princess. He plans to kill her during a ritual so he can possess her for all eternity, while her boyfriend Frank Whemple (David Manners) and a doctor friend (Edward Van Sloan) make a few rather lame attempts to stop him. 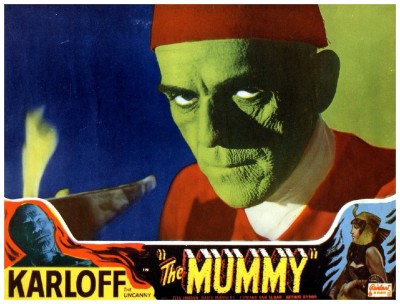 Sadly, the film lacks any real suspense and all too often some absurd dialogue undermines this rather dull motion picture. Directed by former cinematographer Karl Freund, the movie is undoubtedly beautiful to behold but, after the unforgettable beginning in which Karloff as the mummy comes to life and scares a man into hysteria, the film moves along at a snail’s pace. One major problem is that Karloff never appears again in his mummy get-up – not that mummies have ever been terribly frightening screen monsters. Also, when Imhotep uses his mind-control powers, the scenes seem like watered-down versions of similar scenes from Dracula, which also happened to be written by screenwriter John L Balderston. Still, Jack Pierce’s incredible makeup, Karloff’s indomitable presence and the then-popular topic of reincarnation justifies the movie’s place as a classic. 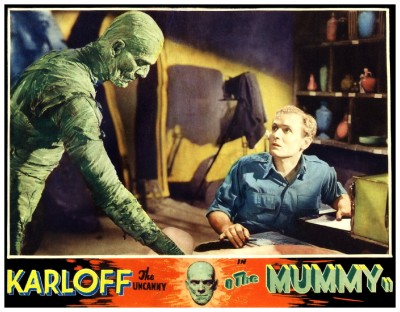 Perhaps more exciting than the film itself were the DVD extras I discovered on the disc that I recently viewed. On this new edition we are presented with the same two educational commentaries from the 2004 Legacy DVD edition by Rick Baker, Scott Essman, Steve Haberman, Bob Burns, Brent Armstrong and Paul M. Jensen. We also get a rather thorough David J. Skal documentary entitled Mummy Dearest: A Horror Tradition Unearthed, which has Rick Baker and lots of lovely archive footage. He Who Made Monsters: The Life And Times Of Jack Pierce is a documentary by Constantine Nasr all about the makeup maestro and his involvement in the creation of the Universal Monsters phenomenon. Other featurettes include Unraveling The Legacy Of The Mummy, trailers, A Hundred Years Of Universal, and The Mummy Archives, a ten-minute slideshow of posters and stills. 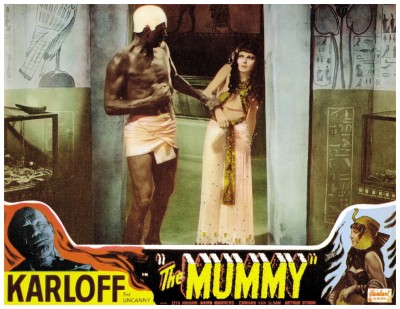 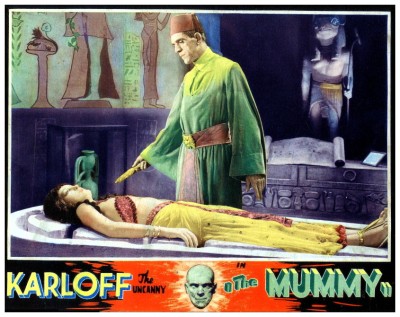 Filmmaker Stephen Sommers wrote and directed a surprisingly exciting remake of The Mummy (1999) loosely based on the original 1932 film. This most recent version switches genres from the emphasis on horror to adventure, concentrating more on action sequences and effects, as well as a higher element of Egyptian lore. The film became a huge box office success spawning at least two sequels, a spin-off series of Scorpion King (2002) movies and an animated television series, which only goes to prove that, despite all her faults, everybody still loves their Mummy. It’s with this rather clumsy pun in mind I’ll now bid you ‘pleasant dreams’ for tonight and look forward to doing the zombie stomp with you again next week when I have the opportunity to lay at your dancing feet another dead bird from the dodgy chicken shop known as Hollywood for…Horror News! Toodles!

“The Mummy” (1932) is now available on Blu ray per Universal Studios on the  “Universal Classic Monsters: The Essential Collection” 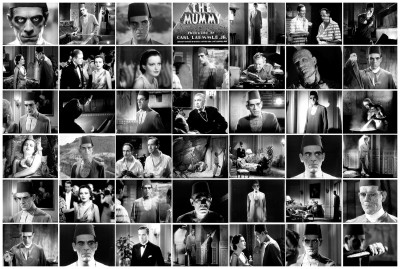