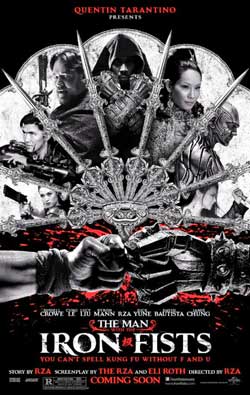 The unlikely team of a black smith and an avenging blade master seek redemption from those who had drawn first blood. They unify with a gentleman, British soldier. Together they vie to find the Governor’s gold that has been captured in the corrupt underground society of Jungle Village

Seven clans, a fortune in gold, let the battle begin.

The title leaves little to the imagination and one can easily speculate Man With The Iron Fists is indeed an avant-garde to kung-fu exploitation films of the ‘70’s. The cinematography is breath taking, illuminating much of the orient’s land scape and the city’s majestic architecture. It’s shot in Shaghai and China. 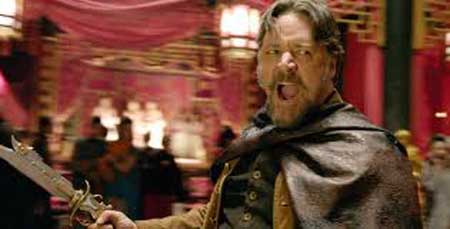 Wide sweeping shots of the exterior versus the darkness and shadow of claustrophobic type environments makes the shots an excellent contrast. It keeps the audience’s visual pallet stimulated, making this production addictive from scene one.

Any film with the Eli Roth name and stamp of approval from Quentin Tarantino is guaranteed to be a bona-fide over the top, brutality, redemption and bloody gore feast. The combination matched with RZA, the gangsta rap sensation seems like a formidable mix to be reckoned with. RZA is no stranger to the silver screen as well demonstrating diversity in numerous roles for television as well. 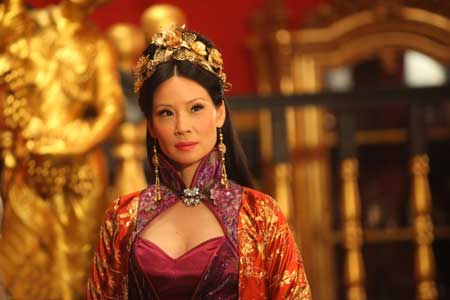 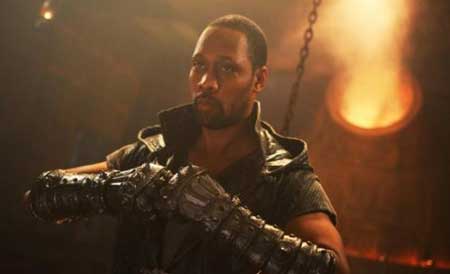 The film is cast well with a versatility of veteran actors such as Russell Crowe in the role of Jack Knife and Lucy Liu as Madam Blossom. Kung Fu sensations such as Rick Yune, Cung Le, and Daniel Wu are utilized effectively. Truly they steal the show from one baffling choreographed fight sequence to the next. Former WWE world champion Dave Bautista plays Bronze Body and does an impressive job in the role. The cast’s contributions are a testament to a dedicated director that has a clear vision and a solid production backing.

The mesmerizing fight sequences are an homage to Tarantino’s love for Kung-Fu films and exploitation flicks. Man With The Iron Fists truly ups the ante from traditional action films of the same genre. Audiences will walk away with difficulty believing their eyes. 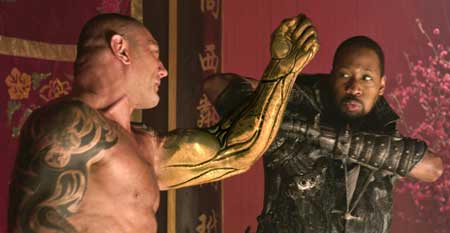 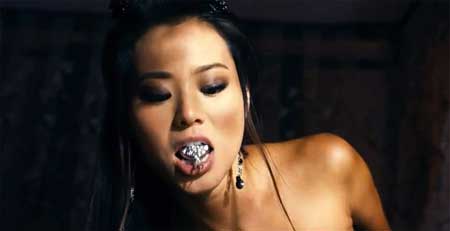 The innovative weaponry and plot ingenuity harnessed in the darker scenes makes this a refreshing glimpse of what action adventure films should be all about. RZA’s endeavor sets the precedence for hypnotic over the top productions. I’d definitely be interested in seeing more of his work. It’s an action packed 90 minutes. The plot falters not from continuity or pace. Viewers will be hard pressed to watch the film only once as I believe there is a little something new to be seen each time. The action is that fast, frenzied and furious. It is inevitable fans of martial arts films will be salivating with delight. Man With The Iron Fists was rumoured to be over four hours in length in its first cut. RZA had suggested releasing the production in two parts. Eli Roth strongly disagreed and they’d finally trimmed down the product to what is available before us. It is rumoured the two co-wrote the screen play together for two years, fine tuning each component as intricate as the details in the weaponry. 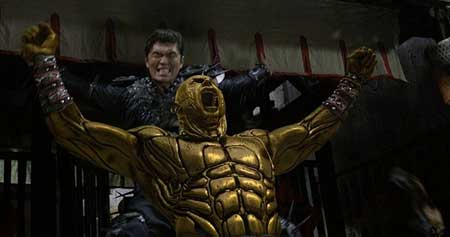 The only minor gripe I have with the film is the sound track that ignites with each and every fight sequence. I’m a big fan of the orchestra with string and brass sections. If you’re not a fan of rap or hip-hop the music will likely feel like a cheese grater on your nerves as well. It distracts and depreciates and otherwise phenomenal sight. I’m sure it will be ideal for some younger demographics, just not for me.

Overall a memorable cinematic experience
-Four out of five tombstones