This week on the Monster Movie Podcast, Doc Rotten is joined by a special guest co-host Jim Dorey from MarketSaw.com and Phobia Films to tackle another round of cinematic monsters of mayhem, this time in 3D. We have manic monsters from a demonic mind; elves, hobbits and Gandalf the Grey; and a hoary host of 3D horrors. That’s right, we have theatrical review for Silent Hill Revelation 3D where Sean Bean and Adelaide Clemmens face down the horrific imaginations of demon girl Alessa. We also take a peak at the teaser trailer for The Hobbit: An Unexpected Journey from Peter Jackson. Then Doc Rotten and Jim Dorey discuss the effects of 3D on cinema, audiences and horror films in general. It’s another fantastic episode of the Monster Movie Podcast.

First up is the review for Silent Hill Revelation 3D where the cinematography and 3D triumph over the direction, acting and script. Doc tries to reward the film for its creative use of its creatures and the imagination that went into getting them on screen, but has trouble balancing his love for 3D with his distaste for the script itself. Meanwhile, guest host Jim Dorey is disappointed how the film totally missed the mark with its most important character in the film, Silent Hill itself; but, still he praises the film’s use of 3D.

Doc and Jim skip singing praises for the trailer for The Hobbit: An Unexpected Journey and tackle some of the interesting aspects revealed so far about the filming of the movie in 3D. Doc and Jim banter back and forth about the use of a higher film rate and the addition of more vibrant colors to make the 3D pop off the screen.

Then Doc and Jim slide into a discussion about 3D itself and its influence on the horror genre in recent years. The 3D duo discuss depth vs. coming-at-you, techniques in filming 3D and the top film makers in modern cinema championing 3D as a valid way to film movies. 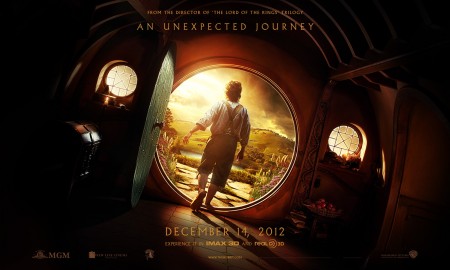