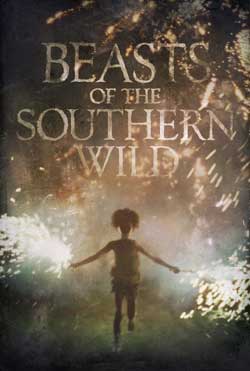 A young girl’s struggle in coping with poverty, a quick tempered father and torrential storm conditions in a Louisiana bayou community known as The Bathtub.

Beasts of The Southern Wildisn’t typically what I’d considered something that would slide neatly into the genre of horror. In fact there is very little about this low budget wonder that resembles anything from our ordinary bone tingling splendor. Yet some of the imagery and sociological conditions the characters of Hushpuppy, Wink and others have to face on a regular basis would terrify most of us into gibbering messes. 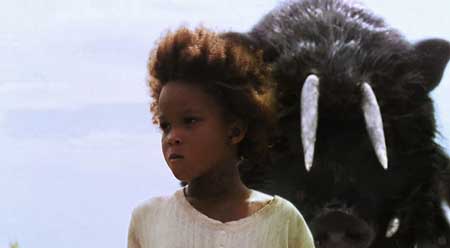 The film is told in first person point of view through the eyes of young African American girl Hushpuppy. Her observations and whimsical story telling garnished with a dash of naivety is touching and heart felt. A girl that is confronted with a loss of innocence much too soon generally fends for herself as she describes the remainder of the characters and their circumstances with the community of the Bathtub.

Majestic cinematography is utilized when illustrating polar ice caps melting and vast bodies of water. The scenes are reminiscent of the slick photography one would expect to see in either the Discovery Channel or National Geographic. 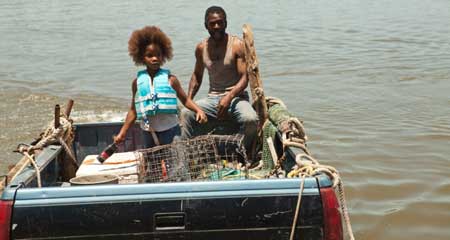 This tale of hardship, dysfunctional inter-family relationships and impoverished living is heart breaking and depicted from novice director Zeitlin in such grandiose one would expect such efforts would come from only the most seasoned of film makers. His use of contrast between outdoor wide angle shots and closed quarters exploiting squalor, shadows, grime and filth create a true sense of claustrophobia. The imagery provokes a searing picture before the audience forcing one to take stock in their own personal lives and be grateful for all we have regardless of how trivial it may seem on the surface.

The dramatic flair of characters such as Wink ignites spectacular emotion. The performances of one and all are staggering, the caliber of the truly elite, ivy league thespians. Most notably Dwight Henry is not an actor by trade. In fact he’s a baker who owns a shop that was within vicinity of where the production crew was casting. One of the crew saw the shop owner and felt he’d be perfect for the role of Wink. Initially he’d declined only to finally agree after the entire production crew came in to offer their encouragement. Henry finally agreed if he could rehearse with the remainder of the cast around his shop’s schedule. 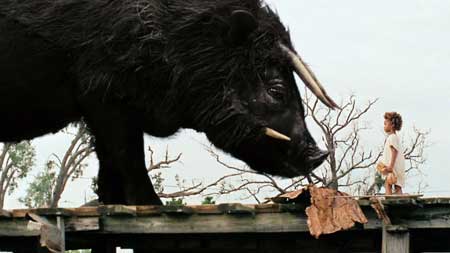 Much of the film centres around character development such as Wink’s inner turmoil in dealing with the inadequacies of single fatherhood. Hushpuppy is a child lost in more ways than one searching for redemption, answers and simplicity. She often seeks out council from her deceased mother for strength to carry on. It’s unanimous the characters within the plot are motivated with pride, self-efficiency and stand up for what they believe in. Once the storm settles in and virtually obliterates the community they refuse to leave and protest aggressively even when government intervention sets in.

There are scattered scenes in which gigantic, mastodon creatures known as Aurochs are used along with Hushpuppy’s monologue. Similar to mutant like wild boars it is unclear of the creatures exist or are merely used as an allegory to represent utter destruction and chaos. Real or not the end result remains the same; the scenes are highly imaginative and stunning. Aside from the sporadic murkiness surrounding these details, the film is highly worthwhile for fans of a bona fide coming of age tale. 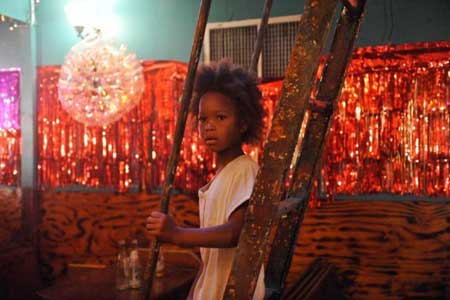 Beasts of The Southern Wild cleaned up in awards racking up a total of 17 wins and 11 nominations. Ranging from the 2012 Sundance Film Fest’s Best Cinematography award to the British Film Institute’s 2012 Sutherland Trophy Award to director Benh Zeitlin it is no mystery as to why Oprah Winfrey had dedicated an entire hour on her network featuring an expose on the film. It is rumoured the film was originally recommended to Winfrey from President Barack Obama. 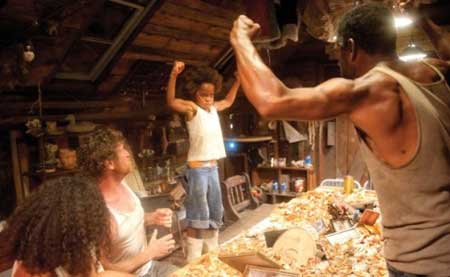 Co-writers Lucy Alibar and Benh Zeitlin adapted the screen play from a one act play titled Juicy and Delicious.

Quvenzhane Wallis and her mother reportedly confessed to lying on her application when auditioning for the role of lead Hushpuppy. The character reportedly had to be cast by someone with a minimal age of six. Wallis was five at the time, beating out over 4000 aspiring children who had auditioned. 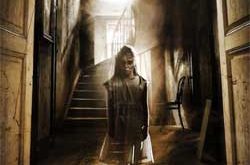