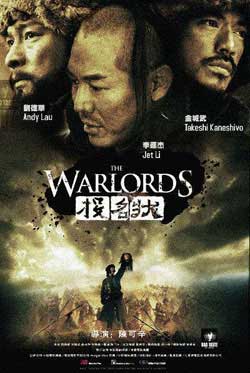 After the entire army under his command is slaughtered, General Pang Qingyun (Jet Li) finds himself to be the only remaining survivor (thanks to the fact that he played dead). He wanders about until he is taken in by a woman who feeds him and nurses him back to health. He soon meets up with two other men and they form a strong bond, making a blood oath to always be loyal to one another even if threatened with pain or death. Unfortunately jealousy, distrust and other factors lead to a rift in their bond and tragedy ensues.

I have always been a fan of Asian cinema. I grew up on Godzilla and Bruce Lee movies as a kid and during my teenage years I was into ninja flicks like no one else. In recent years I have really gotten into horror films from Asia (with “Ju-On,” “Battle Royale” and “Audition” being some of my favorites). I have also always really liked Jet Li as well and think that most of his movies are pretty kick ass. For the most part I enjoyed “Warlords,” but in the end it was one of those movies where I would say to someone “Yes, it was pretty good, but I probably wouldn’t watch it again.”

I thought that the story was pretty interesting and the battle sequences were nothing short of amazing. With that being said I found myself getting bored and wishing that there was a little more action most of the time I was watching it. I know it is more of a character-driven drama than an all-out action flick, but I wish that there had just been a little bit more going on to help hold my attention at times. I was a bit underwhelmed by it and there were many times where I couldn’t help but check my watch and wonder when the movie was going to be over.

I think that the biggest problem with “Warlords (besides the fact that it is too long)” is that the pace is very, very slow. It moves at a snail’s pace at times and I had a lot of trouble giving it my full attention. There are some scenes that are painfully long and I think that anyone with a short attention span (like me) will be tempted to skip ahead to the next scene. If you are looking for a Jet Li movie that features a ton of fight scenes and a slew of action I suggest checking out some of his other films (such as “Black Mask” or “The One”).

There were some things that I really liked about the movie though. I liked the epic feel it had to it and the battle scenes were very realistic and well-done (not to mention hardcore brutal and bloody), and the costume design were top-notch. In fact, I think that the costumes were done so well that it made me feel like I had stepped back in time to China in the 1860’s when the movie takes place. 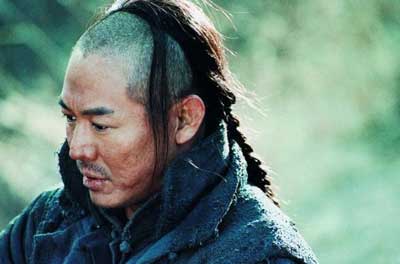 I also thought that the acting was pretty good as well. Jet Li was excellent as usual (can you tell I’m a fan?) and he is quite believable in the role of Pang. Takeshi Kaneshiro and Andy Lau were also quite impressive playing the parts of Pang’s “brothers,” and Jinglei Xu is good as Lian. I think that everyone did a great job in terms of acting and their performances helped me enjoy the movie more as a result.

I liked “Warlords” but at the same time there were some things that I think the filmmakers should have done a little differently. Since the pace is so slow it drags along at times and as I said I think that the overall running time is a little too long (I think some of the scenes could have been trimmed down a bit to make things flow a little smoother). There are a lot of things to like about it (including the ending, though I have a feeling that some people won’t like it due to its depressing tone) and in my opinion it is a good movie to check out if you are in the mood for something a little different. Give it a shot if you like, but keep in mind that it is excruciatingly slow at times. 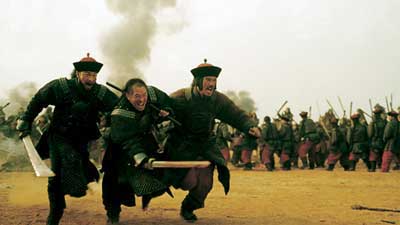 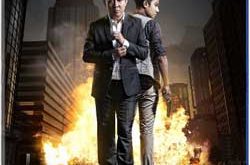