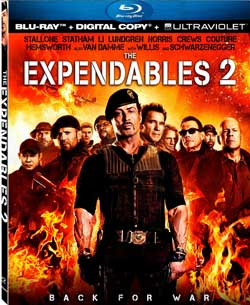 Mr. Church reunites the Expendables for what should be an easy paycheck, but when one of their men is murdered on the job, their quest for revenge puts them deep in enemy territory and up against an unexpected threat.

The team is back, those ragtag militant warrior mutts who seem to know only one thing..kicking ass. Under the leadership of Barney Ross (Sylvester Stallone), you might as well call this the greatest hits of action stars past and present (sorry no Steve Austin or Mickey Rourke this time). I compare these get-togethers much in the same regard as the film “The Outsiders” which featured it’s version of all star ensemble casting. 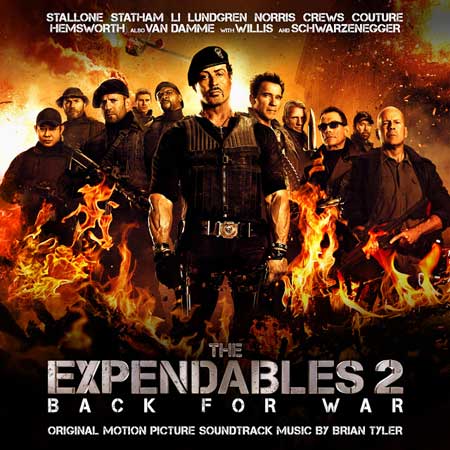 While it’s true that neither one of these Expendables films sit upon my top 10 list to re watch, they do have character and of course the ass kicking power of a gang fueled by celebrity draw. As a stand alone, each of these actors “have” made the top 10 lists for me. So it’s interesting that with so many chefs at the table, that combined, the films seem to still lack a bit of “something”. But, with that said…I’m gonna stick by the statement that it still rocks! 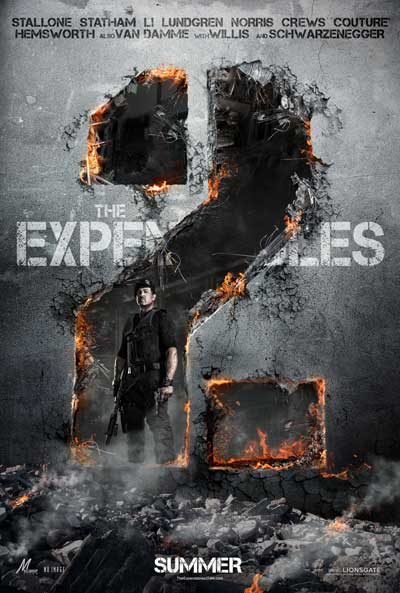 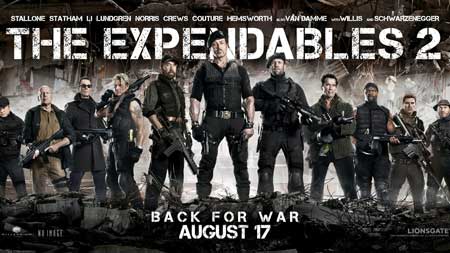 Jet Li who is excused from the film early and returned to China, does get a couple of really good opportunities to show some of his moves. While I hated to see him go so early, you do have to admit that his short size downplays his brilliant martial skills standing next to the film’s towering giants. Heck, we get it… Li, probably could take out “any” of these powerhouses (especially Van Damme) in pure skill level, but it probably was a production decision to keep Li and Van Damme from any sort of competing roles (to protect their franchises). 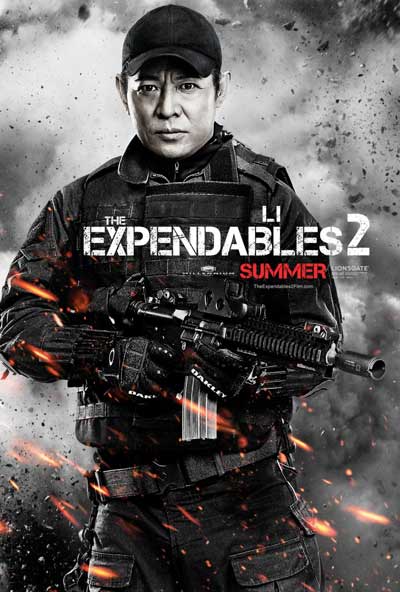 So, we got a few new faces and perhaps the absence of a few from before. In all, this is great fun, great “men who like actions films” fun. The first scene goes by so chaotic and quickly that you wonder what it was that you just watched. Wait…. these men come in and pretty much kill everyone, while blowing up the rest…..ya, good times!!! 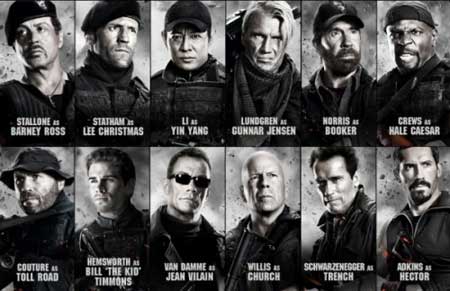 Arnold gets a chance to show his face in this reunion of militant mercenary ass kickers. Bruce Willis, plays the sleazy (somewhat at first) CIA operative Mr. Church who orders Ross and his team to head out on a new mission to repay some old debts. The team who looks like they are ready for a year off (and probably deserve it), gear up and head out for an new adventure. Joined this time they have Billy the Kid (Liam Hemsworth) and Maggie Chan (You Nan) who aid in the missions.

Jean Claude Van Van Damme, plays the villain as “Jean Vilain” (um, does anyone see the certain irony in this name)
and if I might add, plays it quite well. Is it just me or is the film world really “liking” Jean Claude into taking on more antagonists roles as of late? Although, I had to snicker a little, as Van Damme is seen wearing shades thru most of the film (even in a cave???) 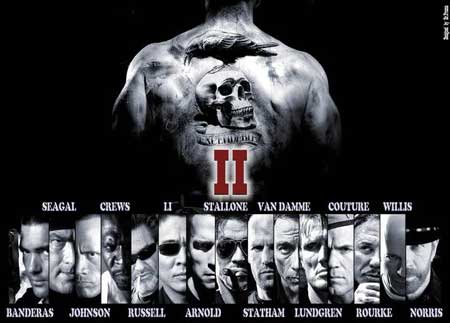 As it goes, the team is placed against Vilain and his army (the Sangs) who are focused on obtaining plutonium from an old soviet mine. The mine is policed by nasty militants and labored by local Bulgarian miners. In all, the film is designed to lead to a showdown of mass proportions and a series of hand to hand combat scenes where many of the stars get to show off a bit (which is not a bad thing).

I’m won’t complain about anyone who signed up for this gig. It’s just a treat to see them all in the same room, let alone in a confrontation of sorts.

As this action-extravaganza pushes forward into the 3rd act, you can bet your ass that “Chuck Norris” shows up with a mean rifle and some slick moves. The film has some fun with its obvious historical dialog lines seeding a foreshadows alert with Arnold Schwarzenegger spouting back that he is “back”. We get to see Stallone use some of his classic “Rocky” punches and Jean-Claude Van Damme laying down some trademark roundhouse kicks. They even go as far as to ask Norris, that they thought he was a “lone Wolf”. Film goers will recognize these little tributes (I think I even heard a “Rambo” joke somewhere in the film). 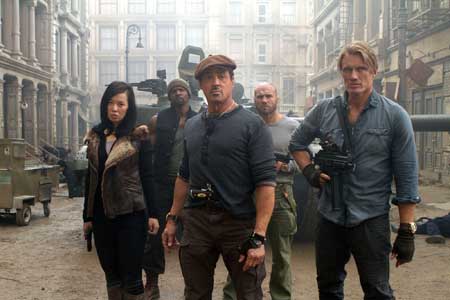 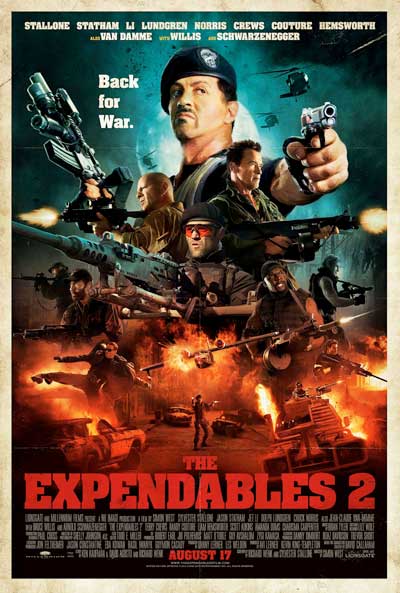 The movie seems like it was filmed in extreme HD with as much clarity as the picture presents, though treated afterwards with some grain and film noise to keep viewers from feeling like Stallone and company just entered their living rooms.

“The Expendables 2” is cool fun and looks great in HD on a big screen…..Oh, and by the way I take what I said back about not wanting to watch this again…. awesome!