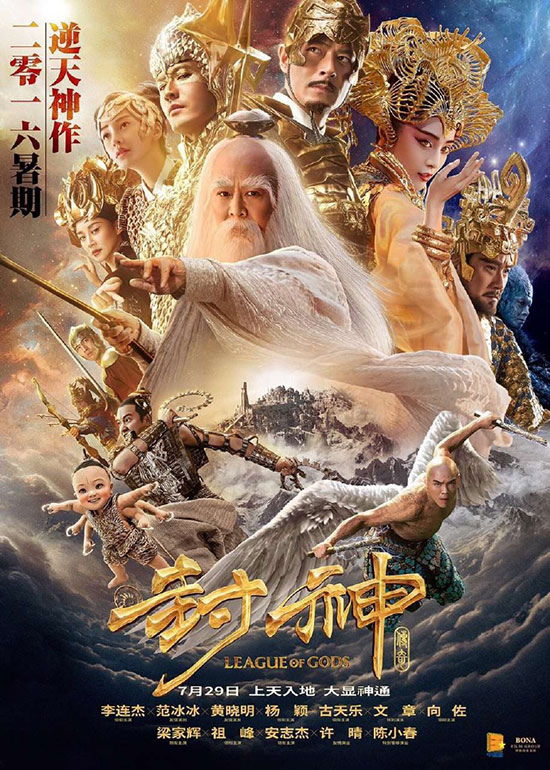 Based on the 16th-century Chinese novel Feng Shen Yan Yi (The Investiture of the Gods), the story tells of how King Zhou of Shang becomes a tyrant due to the wiles of Daji, a vixen spirit who is disguised as one of his concubines.

Fantasy is tricky to pull off in film. Despite some of the most successful cinematic achievements coming by way of swords and dragons, the genre as a whole has suffered from a glut of not-so-great films loaded with bloated plots and cheesy effects, lost to time and streaming services.

The best fantasy films often use mythologies that are already general common knowledge and expand upon them. Thus, they don’t get bogged down with explanations because the audience is already vaguely familiar with its concepts purely through the zeitgeist–you don’t necessarily have to be a Dungeonmaster to know what an Orc is anymore. But this is largely a cultural thing, and when one ventures into another culture’s fantasy genre, the change can be quite a shock unless you’re willing to do your homework first.

To explain the plot of League of Gods would be an exercise in nonsense words strung together in a long paragraph of confusion. My notes look like the scribblings of someone’s fever dream after finishing off an LOTR marathon with The Cell.

The story holds so many baffling moments that hinge on a foreign fairytale logic that is nearly impossible for this ignorant American to wrap their head around. It helps to know that the source material is drawn from the 16th century novel The Creation of the Gods, a cornerstone of Chinese literature that pulls from both history and myth and has enjoyed several adaptations in the past. It is a work that is well-known in the culture, which explains why League of Gods doesn’t bother with silly things like explaining itself with the logistics of a bag no bigger than a coin purse that can somehow hold a live dog the size of a lion as well as a tiny baby mermaid. 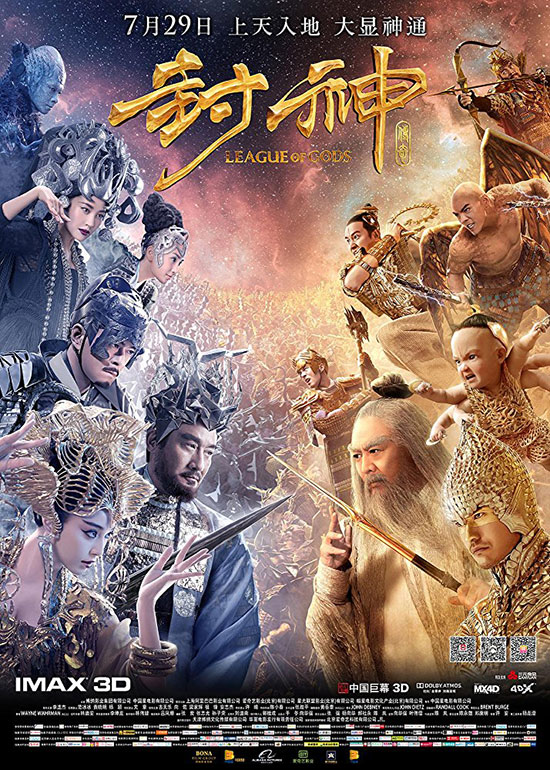 This is not to say that League of Gods is bad, by any stretch of the imagination. It’s a gorgeous spectacle of costumes and set design, with fantastic CGI creatures splashed all over the screen—not to mention, super sweet ninja stunts. The story plays similarly to The Odyssey, an episodic series of travels to fantastic worlds, each with a new trial for our hero to face on his quest to The Big Thing, with new additions to his team along the way. The visual effects range from sweeping cityscapes and gorgeous fantasy creatures, to painfully ugly comic relief.

If I have any real issues with the film, the blame lies solely with the inclusion of two characters that are fully CGI and completely irritating for every second of screentime they get. First there is Naza, a warrior that was inexplicably turned into a baby but retained his language skills and otherworldly ninja moves—thus a talking ninja baby bouncing off the walls and, at one point, farting enemies into submission. I hate every second of his existence. Then there’s the talking eyeball vine that even more inexplicably pops out of our hero’s pocket and serves as our hideous C-3PO for most of the journey. I don’t care how true to the source these characters are, they are awful to look at and even worse to listen to.

However terrible those two clowns are, they don’t completely distract from the truly lovely things on screen. The crown jewel of all this eye-candy is the villainous Daji, the queen to our evil king currently possessed by the Black Dragon. Daji is not-so-secretly the Nine-Tailed Fox, a demon in disguise using her charms to puppet the king’s every move for her own purposes. 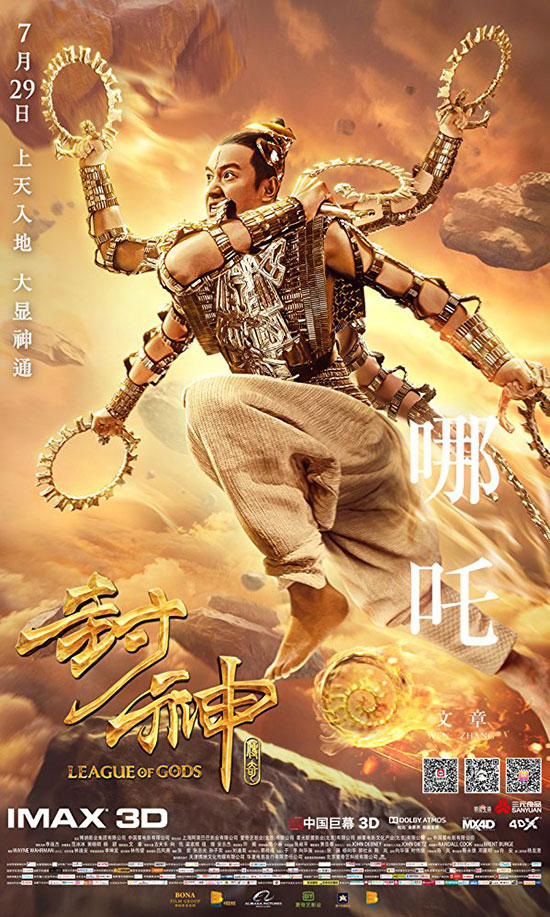 Played to seductive snakelike perfection by Fan Bingbing, Daji has a rich presence that sends a shudder over the room every time she enters. She is Moulin Rouge! and Medusa rolled into a gorgeous butterfly of fantastic headdresses and ethereal grace. Her nine vicious tails are imagined as nightmarish peacock feathers, alive with eyes and teeth. She is truly the star of the show, and there are not enough sequels in the world for me to get tired of watching her work. (My only other issue with this film was spending the last twenty minutes preparing for a showdown with Daji only to be left with a cliffhanger for the sequel.) 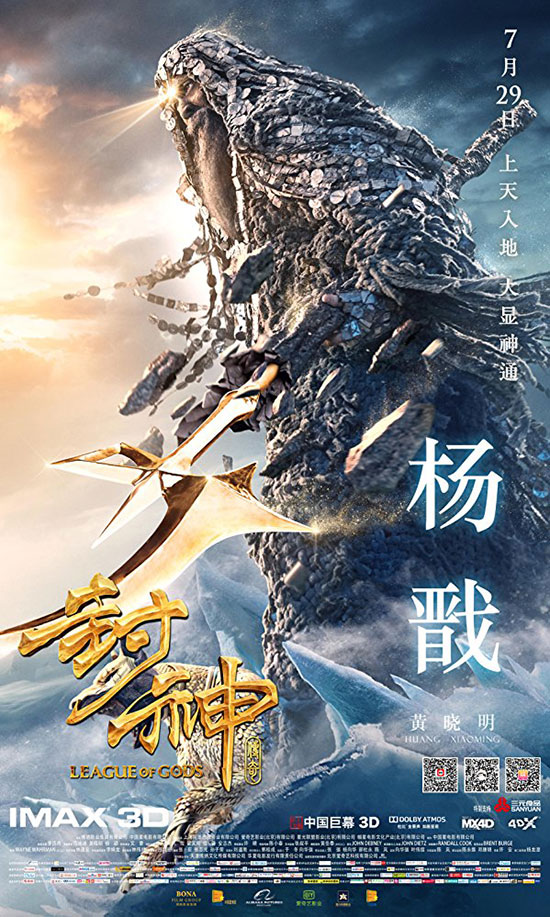 League of Gods truly must be seen to be believed, if only because to explain it would be an injustice to its truly spectacular charms. It’s one of those movies you let wash over you and just accept as it goes along, much like any fantasy film. Some moments may leave you confused and maybe even upset, but it’s got such a magnificent presence that it certainly cannot be forgotten.