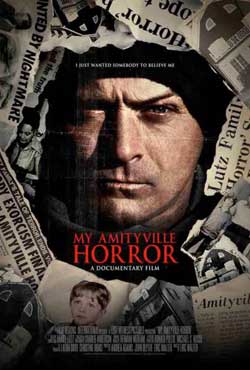 It was December of 1975 when the Lutz family moved into the house that would later be infamously known for paranormal events. The oldest son of the family, Daniel Lutz, had not discussed what drove the family out of their home on Ocean Avenue until now—thirty-five years later.

Many films have been made on the topic of the Amityville horror. It all began with Jay Anson’s book, “The Amityville Horror: A True Story” which, when released in 1977, caused a media firestorm surrounding the Lutz family. The book was followed up with a fictitious sequel and several film installments, including the most recent The Amityville Haunting in 2011. Stories of the paranormal phenomenon the Lutz family witnessed went viral and are still seen as relevant today, but why? After countless reenactments, supposed explanations, and claims of the story being a hoax, there is still something inherently intriguing about the events that occurred during the Lutz’s 28-day residency at the Amityville house. For the first time in thirty-five years, the oldest of the three Lutz children, Daniel, recalls and reexamines what happened to him and his family in 1975 in Eric Walter’s first feature length documentary. 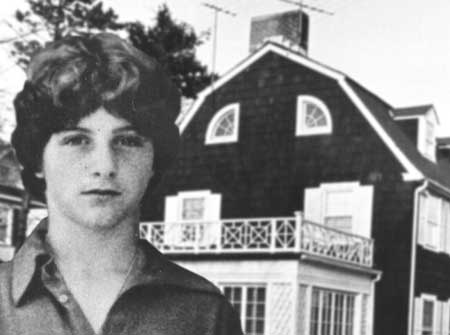 The concept for Walter’s film is a fascinating take on the classic story. The focus remains on the eldest son, who is now the most outspoken on the topic. Daniel Lutz is an interesting and mysterious protagonist. Although now in his forties, he still very much carries the scars of what happened to him when his mom and stepdad moved the family to 112 Ocean Avenue. Walter follows Lutz through mundane scenes of his everyday work, music practices, as well as more dramatic scenes, such as when they visit an old investigator on the Amityville case. The film takes a unique approach to the Amityville events since for once the viewer is not inundated with dramatized accounts of poltergeist activity. Walter gives his audience enough credit to know enough about the case as to not rehash old information, and does not aim to decorate his narrative with superfluous imagery. My Amityville Horror is very much a participatory documentary wherein the filmmakers voice is often heard directly probing Daniel and other interviewees. Over the course of the film the interaction between Walter and Lutz becomes an important facet in constructing the overall portrait of events—sometimes even giving rise to the tension between the two when discussions of truth surface. 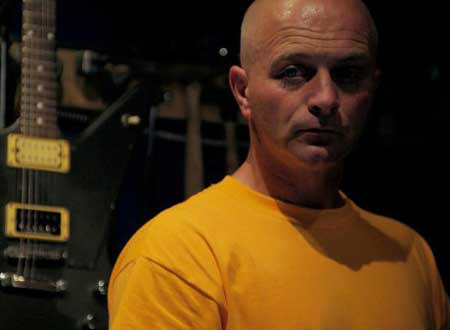 Unfortunately, even with its merits, the film falls short of its goal to depict the truth of the story. Daniel is the only witness to give a first-person account because his siblings declined interviews; this makes the films a fairly one-sided examination. He is also extremely stubborn and would not consider a reexamination of his mental state or depiction of events. In fact, Daniel’s story is all we get of the supposed events and perhaps this was an editing choice, but he does not delve into details as much as one would like. He constantly evades Walter’s questions when asked about the validity of what he experienced, and he nearly has a hissy fit when Walter asks if he would ever take a polygraph test to verify his statements. These scenes begin to paint a portrait of a man who was not so much haunted as he was severely abused at a pivotal stage in his childhood. 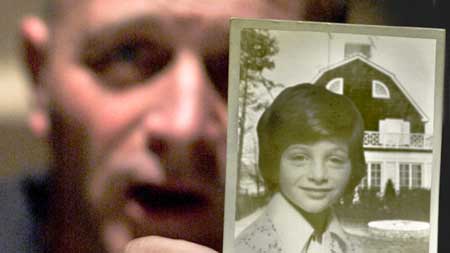 As a result of all of this, Daniel is a hard-lookin’ guy. He maintains that his rough exterior is only that—an exterior, and he does show an emotion side at several points throughout. He has a tick that is difficult to ignore and a penchant for retelling specific events. He seems like a natural storyteller, but then one realizes he’s been telling the same stories throughout his entire life. After a few recollections of when him and his brother’s beds were bouncing from the ceiling or of when his stepdad tried to kill him, the viewer may quickly realize how sad it all is. The film rather quickly stops being insightful towards the Amityville events and instead becomes an expose into what clearly looks like an extreme case of child abuse. At only 10 years old, it is evident that Daniel was in one way or another manipulated by his stepdad and mother who, previous to the events, believed in the supernatural.

So, what do you make of a film like this? It does not necessarily cater to audience expectations because it doesn’t quite get enough witness accounts outside of Daniel’s to warrant it as a movie about supernatural occurrences. Perhaps it was my expectations of what the film would be that defined my not so great reaction to it. The pacing is slow and deliberate, but if you have already seen all the Amityville flicks and want to meet the little boy whose life was forever altered by the experience, then My Amityville Horror is for you. 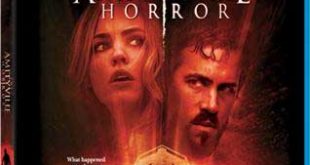 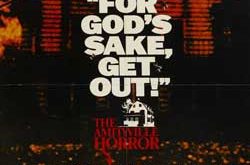