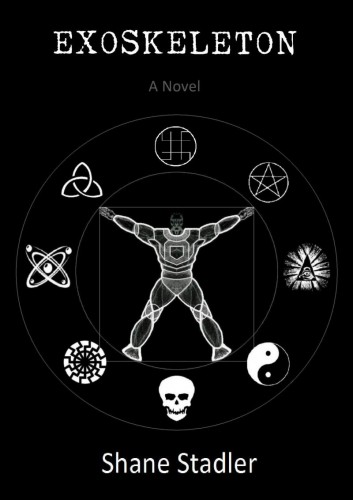 When wrongfully accused William Thompson is presented an alternative measure to serving his ten year sentence in prison he agrees with a blind enthusiasm. Upon learning the details of the three hundred sixty five days of experimental rehabilitation the prisoner soon regrets his decision and questions if he’s been exonerated into the very gates of hell.

Exoskeleton marks the debut novel of physics professor Shane Stadler. Our tale is multilayered with underlining themes of betrayal, conspiracy theories and government cover ups with a dash of Nazi war history. The premise is an most intriguing back drop catering to a reading audience of epic proportion.

Sadler hones in on a seemingly irrational yet very real fear of being wrongfully accused and ultimately punished in an often cold, cruel and heartless society. For every average tax paying, law abiding, hard-working, family oriented American these are most tangible fears. The author without question has a very firm grasp of sociological injustice and exploits the very real terror that lurks around every corner.

The character of William Thompson is a man in the wrong place at the wrong time. His alleged victim has been confined to a coma and all DNA evidence has gone mysteriously missing. Rather than facing the inconceivable sentence of ten years for something he had not committed he aptly agrees to the government correctional facility experiment for one year, three hundred sixty five days of rehabilitation treatment titled The Exoskeleton. What Will has to face is fuelled with dread after realizing the project is essentially a worn torture devise that is designed to make the prisoner confess to their crimes all the while sustaining relentless levels of anguish.

The story is a cleverly executed mish-mash of science fiction, suspense and horror. It’s an effective blend that will appeal to a tremendous audience. What I like most about Exoskeleton is it ventures not into over indulgent amounts of scientific jargon or vocabulary. I’m sure if the author were so inclined he could conduct a prose that would not only be highly intelligent and intellectual but also pretentious and talk down to the reading audience. I appreciate the fact our novice writer has a firm grasp on appealing to the general population, making this reading adventure all the more enjoyable, a certified dark journey into madness.

Descriptions of the biological and physical consequences of the torture endured are gut wrenching and perhaps not for the faint of heart. Sadler’s anatomy knowledge pays off in spades as we get an inside glimpse into what our protagonist is feeling from one experiment to the next.

Exoskeleton is an accurate portrayal of hypocrisy in our society as the institutional staff adapts their own pre-conceived notions of Will’s guilt. Fans of a good redemption or revenge tale will truly appreciate what lies just around the bend for the incriminating workers. Mr. Thompson is most tenacious and refuses to give into their venomous ways.

There are characters from the DNA society such as Denise, The McDougals, etc. that are immensely likeable for their desire to remedy such an injustice. We find ourselves rabidly turning page after page to unveil the ultimate fate. A race against time has ensued to exonerate Will Thompson of his sentencing before an even sinister fate awaits him. It’s tremendous suspense at its finest and its most impressive a novice author has perfected the art of compelling their reader base so deeply, so flawlessly.

The abandonment of his family, friends and associates is most disheartening and I’m not entirely sure if its accurate or realistic. I suppose with a crime as heinous as rape and assault of a young girl it would force anyone to turn their back on the accused. It was difficult to absorb the realization that those closest to the main character would accept this piece of information without challenge or question. On the other hand these circumstances contribute to an even darker terror, the realization that Will Thompson is condemned and completely alone.

I was a little disappointed those who had inflicted such pain and suffering unto the innocent did not get to see a healthy portion of karma served their way. Yet I’m sure many of the readers will not be disappointed. 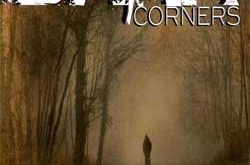