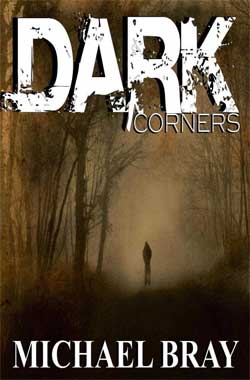 Although the horror anthology is not a new thing, the concept horror anthology (at least partially) is, at least for me. Michael Bray has come up with a fairly interesting collection of twelve assorted tales that, although none of the stories require you to read the others to understand them as none of them are connected directly nor linearly, the characters come and go seemingly randomly in and out of the other characters stories. This gives already well-constructed characters a little more history and detail which adds to the overall enjoyment of the anthology. This trait alone made “Dark Corners” stand out above previous collections I’ve read recently.

Within the pages of these twelve tales you’ll find vampires, serial killers, revenge-laden old grandmothers, zombies, demons, gun-toting clowns, drug runners and their cronies, murderous teens and more. Clocking in at 213 pages and with story lengths ranging from 6 to 30 pages, the stories are easily read all at once or across several sessions which is one thing I love about anthologies.

The flow of the stories works quite well, with the story that deals with the end of the world falling naturally at the end of the book and the story of the beginning of the zombie apocalypse at the beginning. Although there doesn’t appear to be an apparent underlying storyline or timeline, it’s quite possible Michael had such a thought process when he wrote this and that it just isn’t blazingly apparent to the average reader, i.e., me.

Regardless, the stories in Dark Corners are as follows, in order: Observation Room, No Rest For The Wicked, The Prank, Yurple’s last Day, Tina, That Gnawing Feeling, No. 5 Sycamore Lane, The Box, Every Little Helps, A Strange Affair, Victor, and The Last Man.

Victor and Alex are probably my favorite characters across all the stories. Victor is a drug runner and restaurateur and Alex is his crony. They both make their initial appearance in No 5. Sycamore Lane, Victor as a background character and Alex the main protagonist. Alex, who has come to know God after changing his vile ways from following Victor’s orders, unknowingly come across the family of one of his victims who wants a little payback for his deeds. In the end, with yet another slight change of mind, Alex has no small decision facing him as far as what to do about Victor. Meanwhile, later in the book in the tale Victor, the story focuses on Victor and his feud with a vampiric archrival. You start out hating Victor in the first story, the mean, fat, meatball-loving Italian gangster that he is, only to find yourself rallying for him in the second half as he defends himself against a deadly vampire almost single-handedly.

This same process can be seen with Monde, a serial killer in one story, a demon from hell in another. Fortunately, each character re-use also introduces an entirely new suite of characters and is never a continuation of the previous storyline which makes the new tale feel brand new. This is part of what kept the stories interesting from one to the next despite the small familiarity with seeing the same names in print.

With the plethora of horror anthologies out these days, these little things make “Dark Corners” a step above and worth a read. 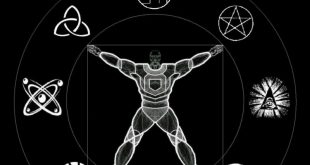