“I am beyond honored that the Los Angeles 3D Film Festival chose to recognize both SPIDERS 3D and myself this weekend with these two very special awards,” said Takacs. “To have our natively shot 3D project recognized by such a wonderful organization like the 3DFF feels incredible, considering SPIDERS 3D has always been a movie I envisioned to be enjoyed by fans on the big screen in glorious three dimensions. Our world premiere as part of the 3DFF was a fantastic experience; I am deeply grateful to the entire festival, its organizers and to those who voted for us for all the support you’ve shown SPIDERS 3D so far.”

SPIDERS 3D co-star Christa Campbell added, “SPIDERS 3D has been a passion project for so many of us involved with it for so long; it’s wonderful to see both the film and Tibor get recognized by the Los Angeles 3D Film Festival and hopefully these awards are only the beginning of great things to come for SPIDERS 3D.”

“For me, it’s a real honor to be recognized by our industry peers since I feel that 3D is a great medium to work with as a storyteller,” commented co-writer Joseph Farrugia. “I am so grateful that Tibor and I were able to work with Millennium films to craft a modern classic monster movie in 3D for fans to enjoy for hopefully years to come.”

Following the crash of a derelict Soviet space station into a Manhattan subway tunnel, a new species of spider is discovered in the wreckage. When the spiders mutate to gigantic proportions, an MTA subway employee has to save his family and all of New York City from destruction. 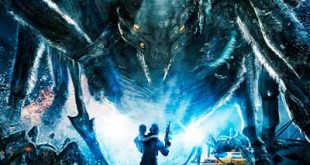