Caesar and Otto find themselves employed at Xmas Enterprises Inc. Unfortunately, a disgruntled employee wearing a Santa suit has begun a killing spree. Now it looks like he’s found himself the perfect patsies.

I’m not exactly sure when, but sometime in 2010, I was sent a film to review called “Caesar and Otto’s Summer Camp Massacre”. It was one of the few low-budget films I had reviewed that year that I truly enjoyed. It was a fun mix of slapstick, horror, and a loving homage to the summer camp slasher films of the 80’s. Flash forward a couple of years and I am happy to announce that Caesar and Otto have returned to appear in “Caesar and Otto’s Deadly Xmas”. I’m sure that by the title you can guess this feature length sequel (there is also a very funny short featuring these characters called “Caesar and Otto meet Dracula’s Lawyer” that you can find on YouTube) takes a stab at the holiday slashers like “Silent Night, Deadly Night”. The film recently screened at HorrorHound Weekend Indianapolis where it was one of the finalists in Elvira’s Horror Hunt. There were some really good films in the competition and I felt that the audience is the winner since we will be discovering some really good flicks because of it. I was happy that I was able to make the screening and had an absolute blast with it. That night I would have considered myself two sheets to the wind, so thankfully I was able to obtain a screener from the filmmaker and star Dave Campfield that I was able to view in a much more attentive state with a sound mind.

Caesar (Dave Campfield) is still an ass, Otto (Paul Chomicki) is still a lovable dope, and they’re still up to their old shenanigans. Caesar still believing he’s the greatest actor to ever live and Otto, still leeches off his half-brother. It’s Thanksgiving and the big dinner at their house is on, only problem is…..everyone cancels except for their father Fred (Scott Aguilar) and his MUCH younger girlfriend. Dinner wouldn’t be complete without a crashing by Sashi (Brinke Stevens) who continues to swipe anything that isn’t nailed down. When Caesar’s agent Donna (Linnea Quigley) calls with a job to play Santa Claus we learn that he has a fear of the jolly old soul and turns it down flat. Eventually they give in and show up at Xmas Enterprises where they meet and (disastrously) audition for head honcho Jerry (Ken MacFarlane). Bodies begin to pile up when fellow employee Demian (Deron Miller) forms a personal vendetta towards Caesar with the plan of using them as fall guys for his rampage. Otto is preoccupied with his high school obsession Allison (Summer Ferguson), trying to make her fall for him, with everything coming to a bloody (several of them) head on Xmas day, 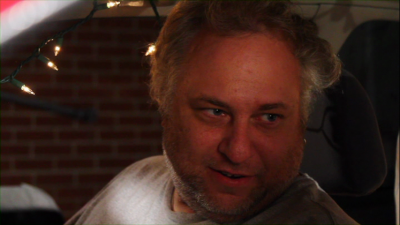 Watching “Deadly Xmas” reminded me why I love movies so much. It reminded me that it isn’t about big special effects or spending tons of cash, it’s about having fun. This film and these characters are so much fun that I wanted to be right there being smacked by Caesar or getting crushed by Otto after he grew some balls. The cast seemed to be having a great time and it reflects in the finished product. I really enjoyed “Summer Camp Massacre” but I loved “Deadly Xmas”. Dave and Paul surround themselves with many familiar faces from their previous film, Ferguson, MacFarlane, Aguilar, Robin Ritter, Avi K. Garg, amongst others. We also see the return of B-movie royalty with the likes of Joe Estevez, Stevens, Felissa Rose, Debbie Rochon, Robert Z’Dar, and golden boy Lloyd Kaufman (what a scene stealer!!). 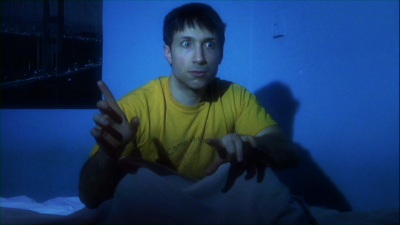 This is a tiny film with a tiny budget that looks and feels like it cost much more than it actually did (there is even a nifty little animated sequence). Campfield once again wore numerous hats on the production and he too has grown as a filmmaker. His rapid fire editing technique during several sequences reminded me of the way Russ Meyer used to cut his films. The pacing is right where it needs to be and the films effects are used appropriately and humorously. I’m convinced that these characters can be planted in almost any situation and we would have a winner. The film may fall flat for some, for me “Deadly Xmas” made me laugh out loud. It reminded me to have fun. And it reminded me that if you have the determination and drive, it can be done!! (****) out of 5 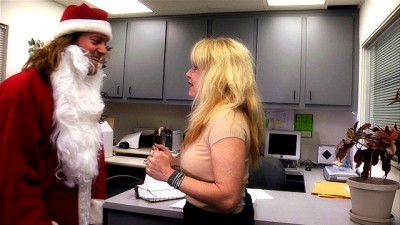