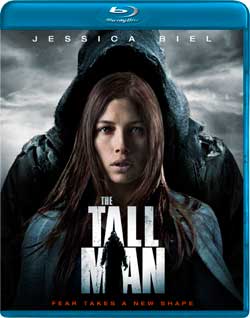 When does myth give way to reality? For the tiny, isolated hamlet of Cold Rock, the line between what’s real and what’s not becomes all too frighteningly real… Coming off its national theatrical engagement, Image Entertainment unleashes The Tall Man on Blu-ray™, DVD and digital download September 25th.

“Pascal Laugier’s film is brave and enjoys toying with our expectations” – JoBlo.com

“The Tall Man keeps you plugged in – right up until it pulls the rug out from under you.”– Marshall Fine, Huffington Post

Written and directed by Pascal Laugier (Martyrs), the film stars Jessica Biel (Total Recall, The Illusionist), Jodelle Ferland (Cabin in the Woods, Silent Hill), Samantha Ferris (Grace) and Stephen McHattie (300, Watchmen), The Tall Man appears on Blu-ray™ for an SRP of $29.97 and DVD for an SRP of $27.97.

In an isolated, slowly dying mining town, children are vanishing without a trace – abducted, the townsfolk whisper, by a mysterious entity known locally as “The Tall Man.” Town nurse Julia Denning (Jessica Biel) seems skeptical…until her young David disappears in the middle of night. Frantic to rescue the boy, Julia lives every parent’s darkest nightmare in this terrifying, shock-around-each-corner thriller.

Filled with twists and turns that both thrill and chill, The Tall Man is an unforgettable journey into the dark recesses of what has been heralded as “the first sociological horror thriller ever” (Anything Horror).

THE TALL MAN is a Minds Eye Entertainment, Radar Films and Forecast Pictures Co-Production in association with SND, Highwire Pictures and Ocean Films 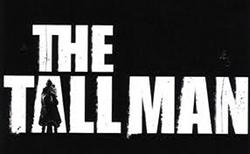 Release info for THE TALL MAN