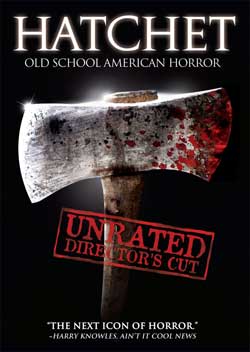 When a group of tourists on a New Orleans haunted swamp tour find themselves stranded in the wilderness, their evening of fun and spooks turns into a horrific nightmare.

Hatchet, a 2006 film written and directed by Adam Green has all the clichés of the typical horror flick. A compelling and believable creepy premise, a more than suitable locale, thunder, lightning, rain, darkness, blood, gore, body parts, and victims. 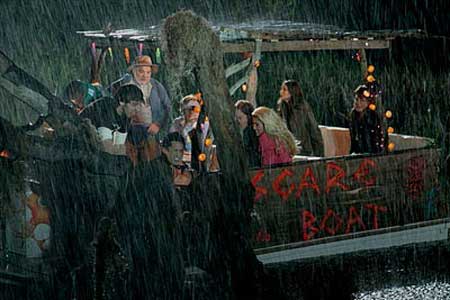 Victor Crowley, played by none other than Jason himself, Kane Hodder, was born horribly disfigured at a home located on the shores of a backwoods Louisiana bayou. As legend would have it, his father loved him all the same and fully embraced fatherhood, caring and protecting him from outsiders who constantly ridiculed. 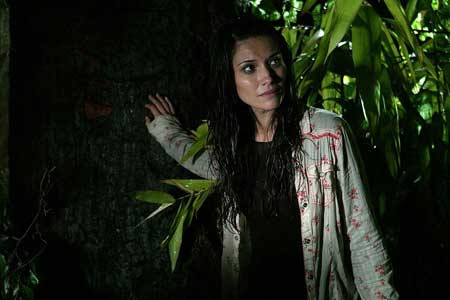 A tradition began on Halloween night, when the neighborhood children, hiding in the nearby growth, would torment poor Victor, throwing rocks at the door and yelling, enticing the freak to come out and show himself, which he never did. All was well and good until one fateful time when, instead of rocks, a flaming bag was tossed onto the porch, subsequently catching the rickety shack on fire. Victor’s father, having made a quick trip to town and returning just in time to see the home’s growing flames, was horrified and tried to get through the front door to save his son but couldn’t. In desperation, he grabs a nearby hatchet stuck in a stump and proceeds to chop away at the door. However, Victor Crowley just happened to be directly on the other side and inadvertently took a chop to the head when the hatchet broke through. And, so, the tale is set and begins. 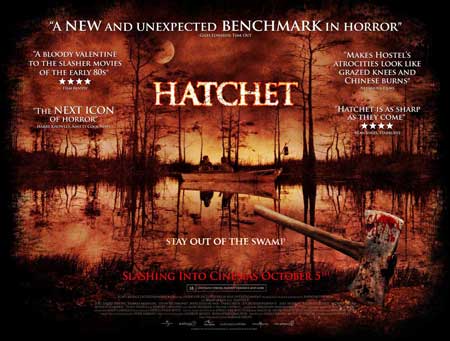 Ben, (Joel David Moore – the skinny weakling in love with the hairy Russian woman from Dodgeball fame is the lead in a surprisingly well played serious role) and humorously witty friend Marcus (Deon Richmond) are in New Orleans for Mardi gras. However, Ben, having broken up with his longtime girlfriend, isn’t having all that much fun and wants to get off the beaten party path to explore something new. He had previously been told of a supposedly haunted swamp boat ride that was thrilling and, finding the concept enticing, he and Marcus decide to seek it out. 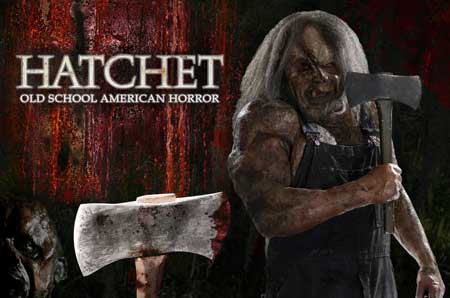 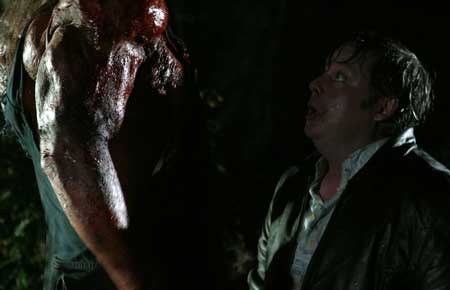 Marybeth (Tamara Feldman), a fully aware of the legend bad-ass hot twenty-something is simply seeking answers to her recently disappeared father and brother and is using the boat ride to get her to the place where the two last hunted alligator. Doug Shapiro (Joel Murray), a p*rnographer wannabe, is constantly taking photographs of his character clichéd stupid models blonde Misty (Mercedes McNab) and blonde should be Jenna (Joleigh Fioavanti) flashing breasts. (I couldn’t help but wonder if the Jenna name was purposely used). Vacationers Jim Permatteo (Richard Riehle) and doting wife Shannon (Patrika Darbo) are the innocent couple who gets caught up in the melee, and, a very inexperienced boat captain / reading from index cards tour guide Shawn (Parry Shen) round out the motley, or shall we say…victim crew. 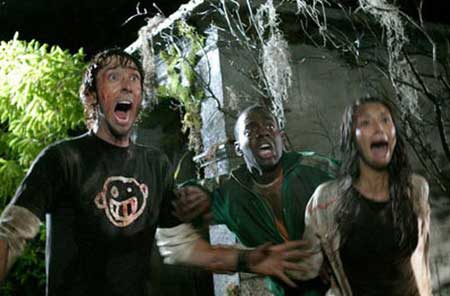 With fog hovering over the dark murky waters, Shawn takes the boat into a closed to traffic channel. Before long, it’s perfectly clear that the clan is in for a terrifying adventure as the boat gets hung up in the shallows, eventually sinking and forcing them onto shore. Where? Why, right in front of the old Crowley place where they begin to get picked off one by one.

Although we’ve probably seen a majority of this type of film before, i.e. Jason, Freddy and Michael, Hatchet does institute originality, making it a better than typical slasher horror type yarn. For example, the viewer gets to see plenty of the stalker in all his deformed glory, unlike primarily seeing just a hockey or white Halloween mask, ala standard Jason or Michael. None-the-less, beware you three, for Victor Crowley, a monstrous new slasher hacking into the market may very well give all of you a run for your money. 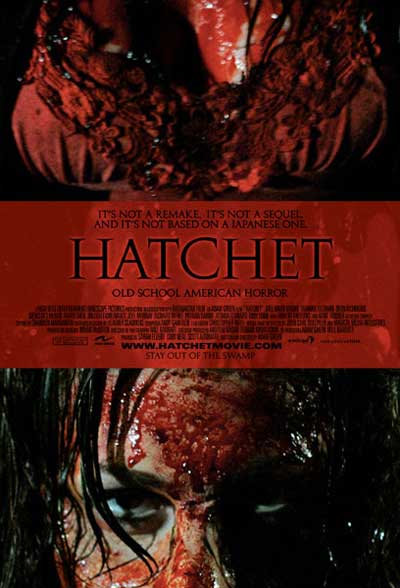 And, while the film’s title certainly implies primarily chopping special effects, this is a misnomer and the viewer is subjected to all sorts of spectacular special effects gore from limbs being literally torn off to a creative use of a standard garden shovel. Be especially on the look out for the from the mouth face being torn apart by brute strength scene. It is an especially graphic and surprisingly good addition, setting the tone for the rest of the film.

Overall, clearly harboring prior slasher film influences, there are some interesting improvisations incorporated that are fast paced enough to not allow boredom to invade. A bit cliché? Probably. Cheesy dialogue? Some. Up to date and filmed well? Definitely.

So, for fans of hack, slash, rip and tear, Hatchet is certainly for you.