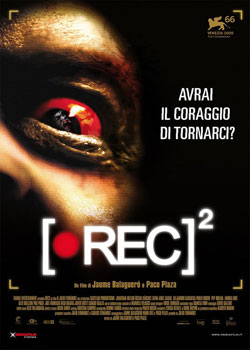 The action continues from [Rec], with the medical officer and a SWAT team outfitted with video cameras are sent into the sealed off apartment to control the situation.

Quick question? What do you get when you cross a zombie film (or infected for that matter)with the Exorcist? Yep you guessed it, we are talking about the follow up to the runaway hit [REC] titled [REC2]

Leaving off where REC ended, REC 2 explores more into the mysterious outbreak that has overtaken the apartment building. Though this time it begins from the hazmat teams perspective as they are called in to investigate and look for survivors. We see the building now in quarantine and an interested crowd of onlookers gathering to get a peak at what all the commotion is about. 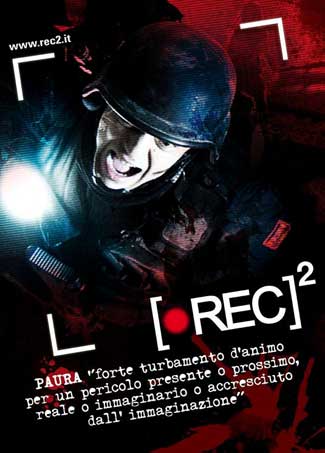 The team is sent under somewhat false pretenses. Geared up in hazmat protection, the liaison inside informs them that the viral outbreak is delivered only per spit and blood exchange. They head immediately to the top floor where the whole mess is reported as ground zero. Though as they explore the inner hallways of the apartment complex, details about the whole ordeal begin to surface.

For viewers of the first film who might of felt like they didn’t get all the answers, all the answers are now presented thru dialog and set reveals. It doesn’t take too long into the film to find out that the crazed are in fact possessed humans who became a victim of experimentally botched religious warfare that infected the inhabitants thru blood transfer attacks. The SWAT team begins to loose grip as they discover that what they emerged themselves in runs far deeper than anything they’ve encountered before. 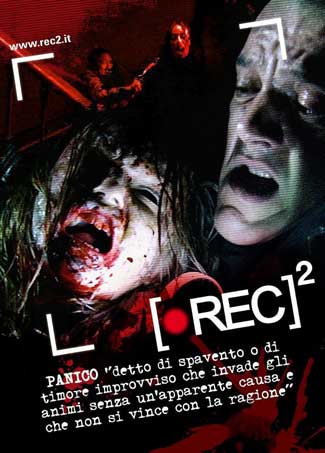 This aspect of the once confident and focused becoming undone is a perfect set up for what’s to come. Dark lit hallways and abandoned rooms provide the perfect setup for emerging freaks to come barreling out of any second. Now for some reason why is it that the painfully obvious idea of possessed folks has never really been visited before in this capacity? OK, we had films like Demons, Demons 2…etc…though this round there is quite a different feeling when that idea is introduced. I’m thinking it’s a the combo of story plot and verite style combined with the additional fear of the live supernatural that really hones this one in. The new direction builds a nice additional layer of creepiness that has you fearing not only what’s in the dark but a supernatural motive as well. This notion is progressed with a unique night vision section of the film.

Make no mistake, this one will give you chills and if you happen to catch in a theater will prompt quite a few jump moments. The makeup is done well enough to be believable and is extremely chilling to behold. Other highlights come in the off beat camera approach which gets handed, dropped, interfered with and traded around for a unique experience. 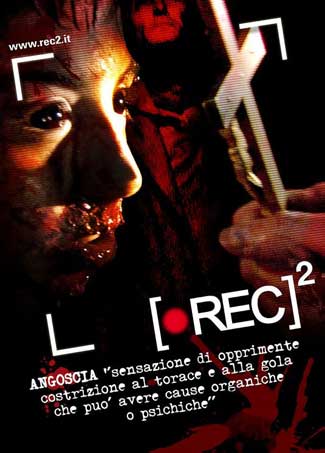 REC 2 is directed again by Jaume Balagueró & Paco Plaza who thrilled us with his first release of [REC]. What is apparent here is that Balagueró has made the REC films almost as a visual trademark of his camera style. Alot of the scares and paranoia feel return with equal intensity that lacked when the original film was translated into the US version of Quarantine. Balagueró has a great sense of tricking the audience to feel at ease just long enough to shock them again. This is the power of these REC films. 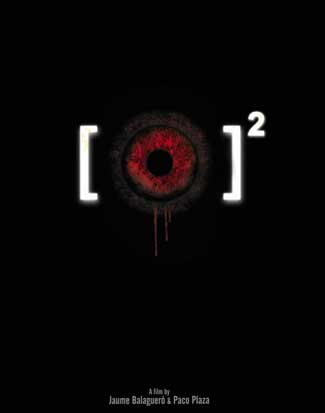 Your on constant pin and needles anticipating “something” and then finding it when you least expect. REC 2 delivers with the same POV madness that shook us the first time around. The revelation of a viral possession is a unique idea that changes the plotline into something more refreshing than the tired zombie routine we rely on in so many other films. REC 2 should be viewed in its native Spanish presentation (with subtitles of course) for full effect. I’m calling this right out of the bull pen one of the years best…..period! 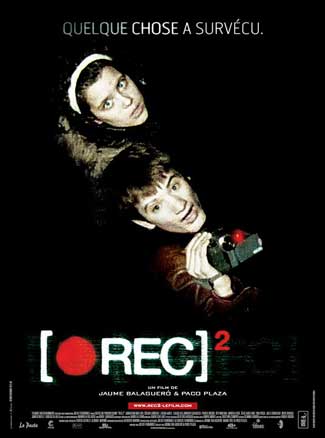